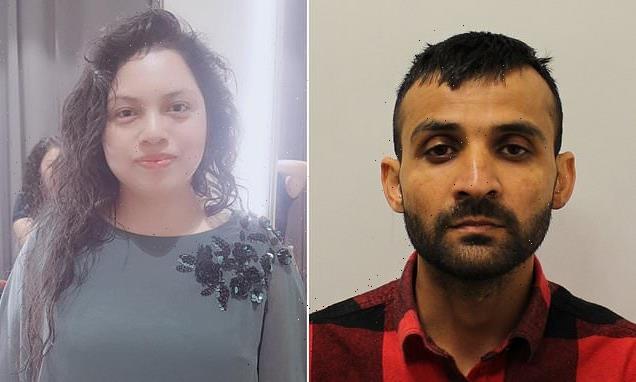 A grocer who strangled his wife to death, then feigned shock by screaming and sobbing when he pretended to discover her body has been jailed for at least 18 years.

Muhammad Ilyas, 41, killed Maria Chavez, 32, at their home in Ilford, East London, while their three children were at school then staged an elaborate cover-up.

He went out to meet relatives to set up an alibi and to give an imagined ‘killer’ a chance to come into the house and murder his wife.

Mr Ilyas made calls to his wife’s mobile after he had murdered her before pretending to find her body on the first floor landing when he returned to the house.

A teenage witness at the scene was convinced Mr Ilyas was lying and her evidence helped an Old Bailey jury convict him of murder. 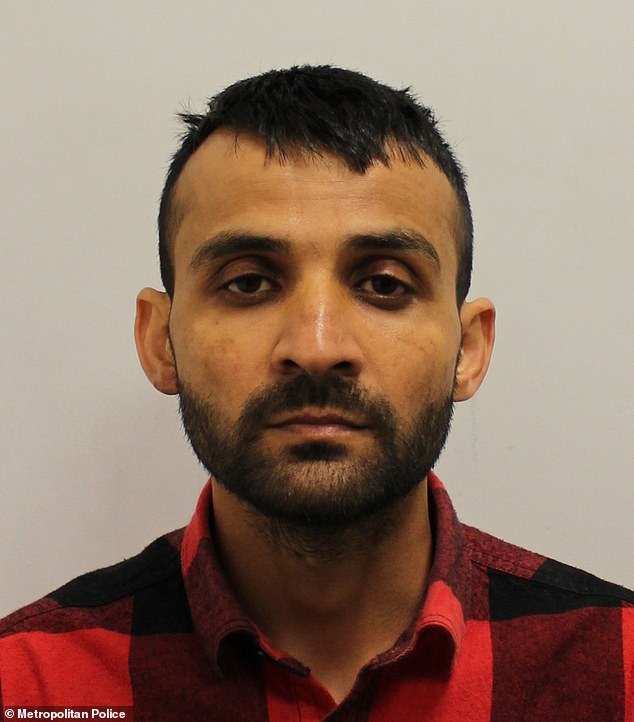 Muhammed Ilyas, 41, was handed a life sentence and will serve at least 18 years behind bars for murdering his wife 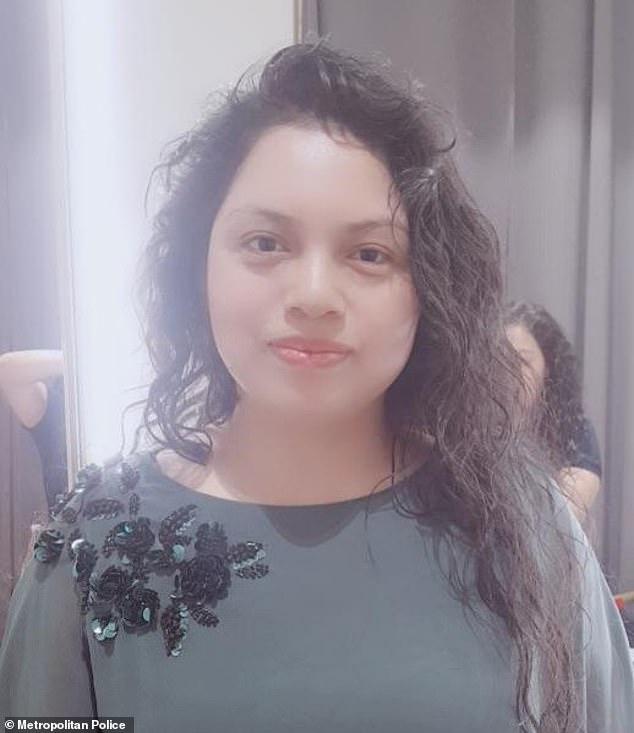 The sister of Maria Chavez, 31, said a ‘void’ had been left in her life after Maria’s murder

Mr Ilyas showed no emotion as he was sentenced to life imprisonment with a minimum term of 18 years.

Judge Nigel Lickley QC told him: ‘You killed Maria by compressing her neck forcefully with a ligature.

‘Why you did that has not been explained by you. You did not give evidence at your trial and your case was that a stranger entered your home that afternoon and killed your wife.

‘That evidence was rejected by the jury.’

Referring to Ms Chavez’s family, the judge went on: ‘They will suffer the loss of Maria for the rest of their lives. Milestones in their lives will pass and the sharing of important events will lack Maria’s presence, support and love.’

The judge added: ‘You betrayed her… and for some reason only you know you took her life. 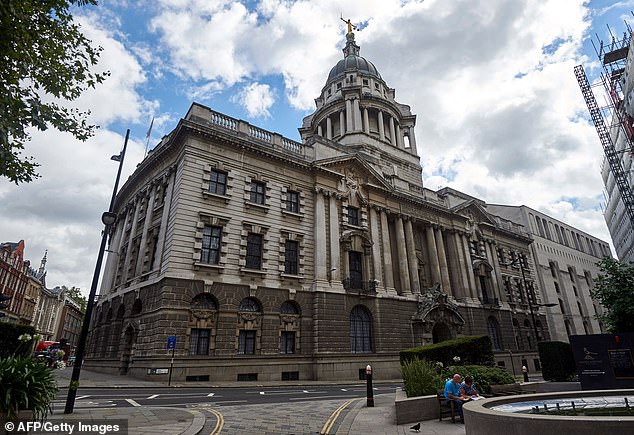 The jury in the trial at the Old Bailey rejected Mr Ilyas’s story that he had discovered Maria Chavez’s body when he returned to their house in East London. The judge called his actions ‘violent and disturbing’

‘You murdered a good and kind person.

‘Whatever the reason, and there was one, something caused you to react in a very violent and disturbing way.

‘You have offered no explanation today [and] offered no regret or remorse.

‘You made no effort to save her. You left her where you killed her.’

Prosecutor Julian Evans QC told the jury how Ilyas, who sold fruit and vegetables wholesale, murdered his wife between 1pm and 4pm in their home in Kingston Road, Ilford on May 13, 2021.

Ilyas left the house at 4.30pm then returned some two hours later and went upstairs.

‘The defendant then screamed out,’ said Mr Evans.

‘Ms Chavez was lying on the floor face up, her face was purple in colour.

‘The defendant moved her body to the nearby bedroom.

‘The defendant telephoned a neighbour who in turn called the emergency services.’

Ilyas then gave a statement to the police.

‘He was to say that he had called his wife after he had left…but she, his wife, was not answering,’ said the prosecutor.

‘CCTV shows this is not true. Evidence shows he called her before he left the address while the two of them were still inside the house.’

Ilyas spoke about his wife’s health in his statement,’ said Mr Evans.

‘He said she suffered from breathing issues for years.’

The first pathologist had halted his post-mortem examination after finding there was clear evidence Ms Chavez had been asphyxiated.

A consultant forensic pathologist then found the cause of death to be ‘compression of the neck’.

Mr Evans told the court: ‘There was no pathology in the lungs to explain a history of difficult breathing.

‘No noticeable inflammation of the airways.

‘There was bruising to strap muscles of the neck, bleeding and congestion in the inner lining of mouth, eyes and scalp.

‘The pathologist believed…these features were compatible with compression of the neck and blunt force trauma around the mouth.

‘That near horizontal nature of the mark upon her neck [gave] potential for either a broad ligature, an arm or less likely a hand or hands causing constriction at that level.’

Police arrested Ilyas on suspicion of murder on 26 May but he any knowledge of his wife’s death.

‘He said he had no idea who was responsible,’ Mr Evans added.

The 16-year-old girl who was in the house said Ilyas was screaming and sobbing when he found the body but she did not believe his tears were real.

‘He was not crying like he was really, really worried,’ she said in a video taped interview with police.

She said she was downstairs in the house when she heard Ilyas shouting.

‘He was screaming. He said bring some water,’ the girl recalled.

She went upstairs with the water and saw Mrs Chavez lying on the floor on the landing.

‘Her face was purple. He took the glass of water and he was trying to put it in the mouth and in the nose,’ she said.

During the trial, Ilyas’s barrister Christopher Donnellan, QC, admitted: ‘He has not got a solution beyond, “It was not me. I didn’t do it.”

‘We do know that, sadly, people are randomly attacked in their homes.

‘We do not know the reasons why people do things. That is known only to the person who does it.’

Ms Chavez’s sister, Maria Antonia, made a tearful impact statement about the loss she has suffered.

Assisted by a Spanish interpreter, Ms Antonia said: ‘To me, Maria was like a mum, a friend, a sister.

‘She was always there in the best and worst times of my life.

‘I do not have any more family to support me.

‘I no longer have anyone with whom I can share my joys and fears with.

‘I had made a life for myself in Spain. I had dreams of making a family with children of my own. Although I have family, it is not complete…[because of] the void that Maria has left.’

Ilyas, of Kingston Road, Ilford, denied the charge but was convicted of murder.