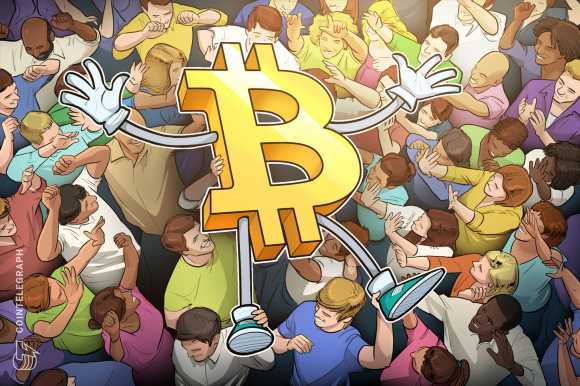 Bitcoin (BTC) is for everyone: toddlers, kids, hard rockers and even racing pigs. At the “Bitcoin Adventure” held in Avon Valley, near Bristol, Bitcoiners and hobbyists shared their knowledge, quips and personal journeys down the Bitcoin rabbit hole despite the predictably wet United Kingdom weather. Better still, Bitcoin’s “toxic maximalism” was MIA.

A world-first for a Bitcoin meetup, the “Adventure” took place at a wildlife park. So while some of the U.K.’s household name Bitcoiners headlined the main stage, the 250 attendees who bought tickets, (payment in BTC, naturally) could also play with the park’s furry Bitcoiner mascots: petting goats, cuddling rabbits and spectating pig racing. 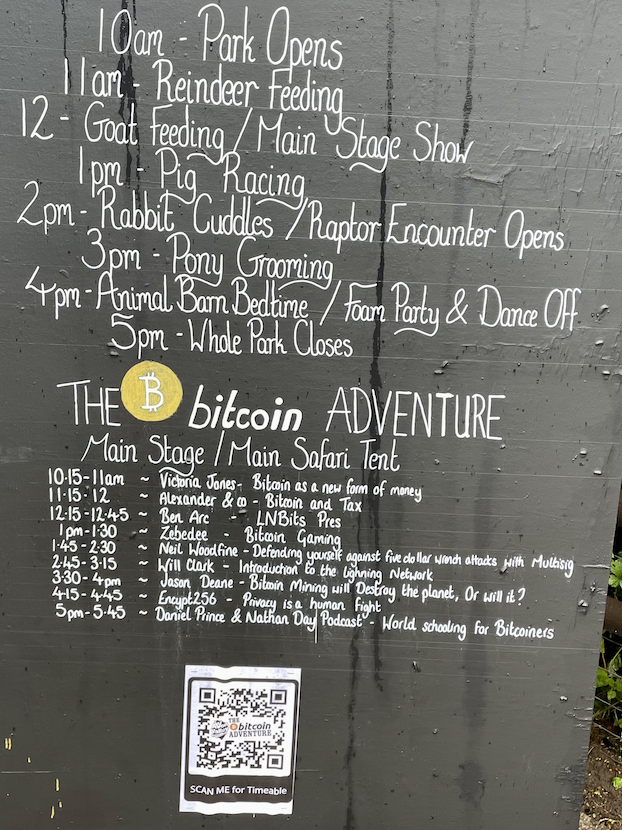 Organizer DB told Cointelegraph that the “Aim was to create a family-friendly Bitcoin event to bring people together from across the U.K., to share ideas and learn in a relaxed, family environment.”

“Although confident it could be a success, this was stepping into the unknown in many ways. However, the positive feedback from all involved has been incredible and the event exceeded our expectations.”

From Zoomers to Boomers—and with a gender balance that most Bitcoin meetups can only aspire to—the Bitcoin Adventure was a grassroots display to compliment the decentralized movement. There were zero corporate sponsors, “shadowy super coders” or bad actors using Bitcoin to bewilder the banks — there were only “people giving up their time to educate others.”

In fact, the slipperiest customers were probably the mob of mischievous meerkats:

For some punters, the Bitcoin Adventure was a day to lose their Lightning Network virginity. Bars accepted Bitcoin over the Lightning Network using CoinCorner point of sale (PoS) devices—of Bitcoin #LightningLunch fame—while QR code stickers with “free sats here” were hidden around the wildlife park. Plus, Bitcoin stickers, novelty socks and even cufflinks could be bagged for a few Satoshis.

Ben Arc of LNBits, a self-proclaimed Bitcoin FOSS (free open sourced software) hobbyist, delivered a  stimulating presentation on open source tools. He could be found tinkering away on LN hardware devices and QR code readers, on hand to answer questions no matter how dippy or detailed.

The day’s talks ranged from lessons on multi-signature wallets, thanks to Neil Woodfine of Unchained Capital to the risks and rewards of Bitcoin mining from analyst and miner, Jason Deane; and popular podcaster Daniel Prince and Nathan Day topped off proceedings with a discussion about Bitcoin, homeschooling and travel. Their kids then “stormed the stage” to answer questions.

Jordan Walker, CEO of the Bitcoin Collective (the U.K.’s first Bitcoin conference) and event MC, mingled among those new to the digital, decentralized currency. And while the over 18s congregated at the bar to pay for pints using the Lightning Network and discuss the day’s finer details, kids had a wealth of Bitcoin-themed activities to keep them occupied and entertained. Organizer DB explains:

“Learning through play for children is important and Bitcoin Ballers, Zebedee, Gamertron and Robotechy gave children the opportunity to have fun and learn about Bitcoin.”

Coach Carbon, the Bitcoin football coach behind Bitcoin Ballers was helping toddlers to teenagers “get off zero” with an inflatable football goal. Elsewhere, Bitcoin gaming and even “explaining Bitcoin using playdoh” were featured as child-friendly Bitcoin presentations. Education for kids is a growing subset of Bitcoin learning as more and more authors and educators create content with their offspring in mind.

The team from Bitcoin Racing showcased one of the fastest-moving advertisements for Bitcoin and El Salvador. Bitcoin “minors” took to the driving seat of the Citroen C1 adorned with an El Salvador flag that will be racing around the United Kingdom in the coming months:

Arguably, the Adventure’s highlight and the hidden gem was Roger 9000, a vivacious Bitcoin musician. The one-man band rounded off the day by rocking out to Satoshi-inspired songs. Lyrics included “Bitcoin is the love machine,” while the song “Alle Canada,” is a battle cry for the Bitcoin-backed trucker protests in North America.

As the sun set on the inaugural event, many attendees pitched tents in the campgrounds. For organizer DB, the plan is to “let the dust settle, sit down in the coming weeks and run through the day—what we could have done differently and what we could improve on.”

“We will then put the wheels in motion for The Bitcoin Adventure 2023″.

Let’s hope that by next summer’s Bitcoin Adventure, there will be no more signs of a bear meerkat.