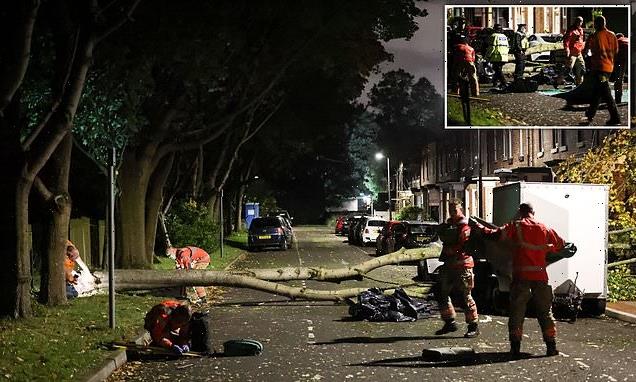 Man, 26, dies after tree fell across road in Manchester as another man is injured

A man has tragically died after being hit by a falling tree in a freak accident, police have said.

The unnamed man, 26, died when ferocious weather in Sale, Greater Manchester caused the tree to fall on top of him, crushing him to death.

Greater Manchester Police said one other person was hurt at the scene and taken to hospital with non-life-threatening injuries.

Emergency services were called to Darley Street in Sale at 3.30 pm where they gave immediate assistance to the two individuals.

Despite the efforts of those on the scene, the man could not be saved.

Police said his family have been informed and are being supported by specialist officers. 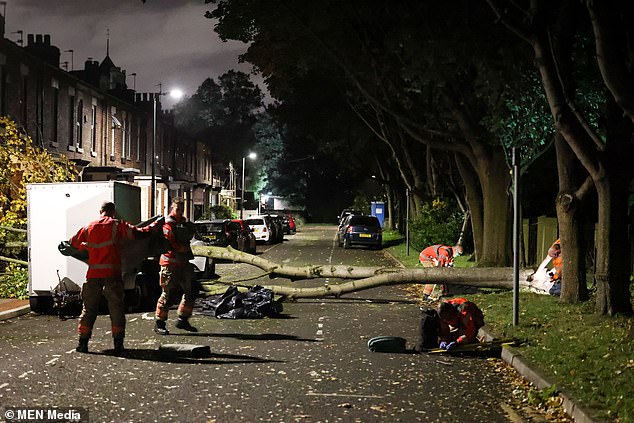 The tree came down during high winds in Sale, Greater Manchester on Thursday 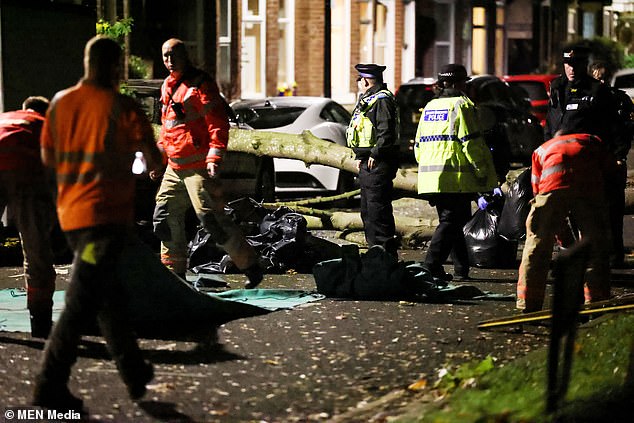 Emergency services including fire and rescue, police and an ambulance rushed to the scene but were unable to save the man’s life

The force is now appealing for information, including witnesses and any doorbell footage, to help with the investigation to understand the full circumstances.

Detective inspector Jennifer Reeve said: ‘This is a devastating incident and our thoughts are with the family and friends affected at this difficult time, especially of the man who sadly lost his life.

‘I would also like to thank the public who tried to help at the time immediately after the incident happened, their actions were brave and appreciated by all the emergency services.

‘We are continuing with our enquiries at this time to understand how the tree fell and are appealing for anyone in the local area to get in touch if they feel they have any information that may help.’

A spokesperson for Greater Manchester police later confirmed: ‘The injuries sustained from the tree, unfortunately, meant the man passed away.’ 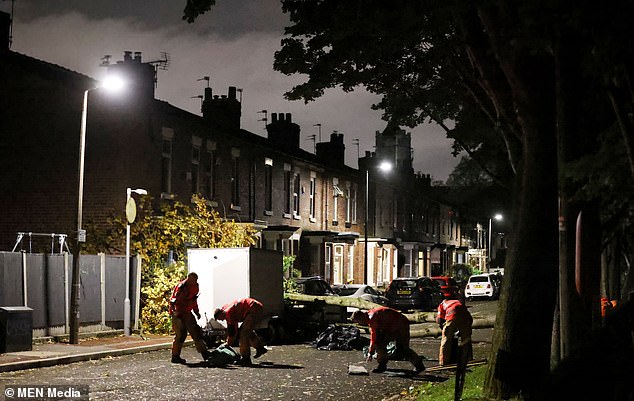 Tributes were paid to the man’s tragic death by people on social media after the sad news emerged.

One said: ‘It was one of my closest mates boyfriend who lost his life, all his mates are extremely heartbroken and we just wanna send hugs to his parents.’

Another added he was: ‘Far too young to leave this world.’

One user said: ‘My condolences to the family.’

07/10/2022 World News Comments Off on Man, 26, dies after tree fell across road in Manchester
Markets