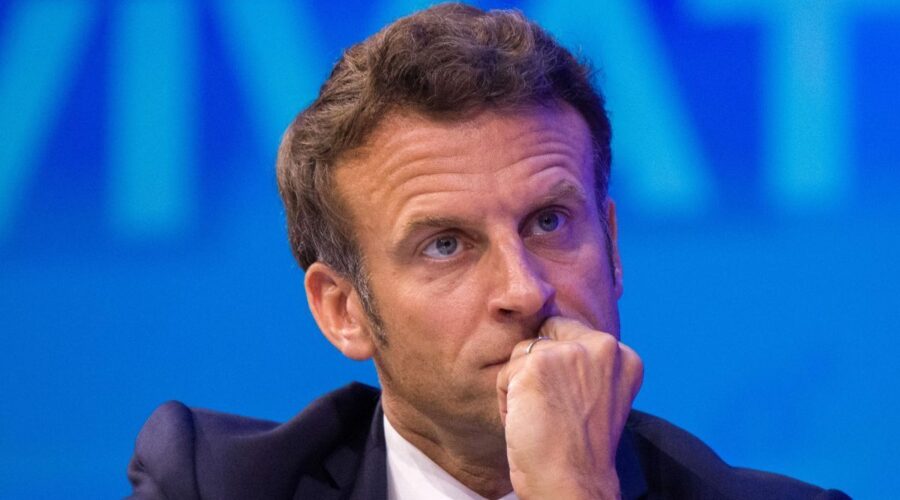 Macron may have to call ‘another snap election’ says insider

After losing the absolute majority in France’s lower chamber in Sunday’s legislative elections, defeated French President Emmanuel Macron is now cornered into forming alliances and agreeing to power-sharing to pass his radical agenda in the National Assembly. However, should he fail to form a majority in Parliament, the French President could see his agenda obstructed by the opposition. Ultimately, his last resort would be to call a snap parliamentary election and hope for better results.

“He wants to bring in legislation that he knows will annoy a lot of French people, business-friendly legislation for example to increase the retirement age from 62 to 65 or bring policies that will make it easier for bosses to hire fewer people.

“So, he’s most likely to achieve that with the Republicans and all the centrist minority groups like the UDI and the DVD. They’re his most natural allies.”

But the Republican party (LR) has already shown signs of division as to whether they should form an alliance with Emmanuel Macron. According to early results, the party should get 67 to 71 seats – a much lower number than in 2017 when it got 112 seats.

Other Republican members, however, argue forming a centrist coalition with President Macron’s party is the only resort they have to stop the rise of radical parties.

“For weeks, I have been repeating that a government pact is vital between Macron and LR in order to fight against the rise of extremes.

Both the extreme left and the extreme right are absolute dangers for France. They both embody violence, tension and sectarianism,” said the former Republican leader Jean-François Copé.

Both Jean-Luc Mélenchon and Marine Le Pen have seen their share of the vote surge in this electoral year. During the presidential election, the two candidates almost got the same number of votes behind re-elected President Macron.

And whether President Macron can face the opposition with a solid centrist coalition remains unclear due to the Republicans’ internal civil war.

“But there’s no guarantee at all that – I mean, they (the Republicans) are for the moment projected to gain 78 seats, so that would get him over the line to push through his radical legislation,” Ms Ramdani said.

“But if there’s no possible alliance even with those groups, then Macron might have to seek to make a deal on a bill-by-bill basis.”

“And if the paralysis continues nevertheless, then Macron might have to call another snap parliamentary election”, Mr Ramdani added.

“It’s Emmanuel Macron’s arrogance, his contempt for the French… which made him a minority president,” said Jordan Bardella, of Marine Le  Pen’s National Rally.