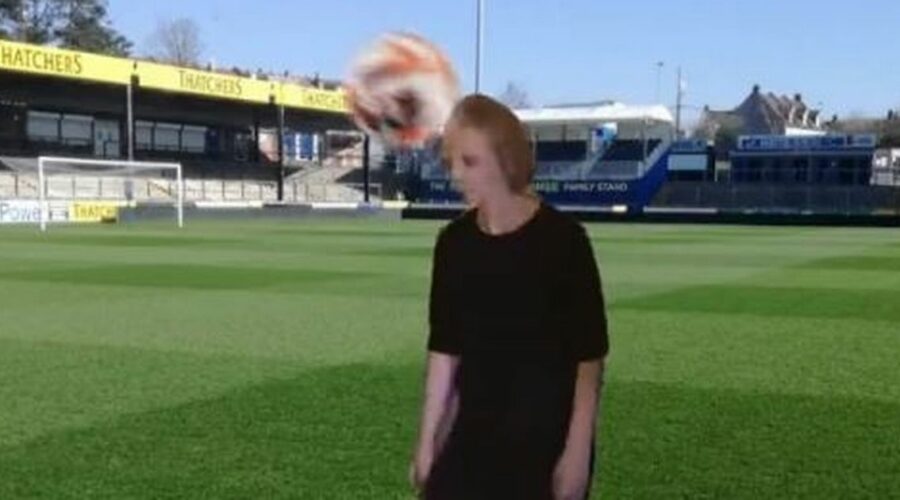 The meeting was notable not just for it being the first time the newly-made monarch and incoming Prime Minister had met, but for the curtsy offered up by Prime Minister Truss at Buckingham Palace.

READ MORE: Queen's funeral Bank Holiday working rules – with not everyone getting day off

A historic meeting of new figureheads delighted Twitter, with the occasion marked by an odd curtsy from Liz Truss, which has since become an instant meme.

Edits of Truss curtsying were made to look as though she was knocking a football on the head, and plenty of comments from Twitter users soon followed.

One user said the new Prime Minister looked as though she was "held up by wires" in her first encounter with King Charles III.

Another post to the social media website had Truss labelled a "Pop up PM", with a spring sound effect added to the viral meme, showing Truss pop up at the click of a button.

A third said that Truss curtseyed "like a PlayStation 1 character," presumably referencing the awful animations of character selection menus.

But it didn't stop there for Twitter's delight, with the meme finding new life in video edits, dance accompaniments and a not-so flattering comparison to Theresa May's curtsying from a few years ago.

May, whose Madness nutty dance-style of curtsying delighted Twitter users years prior, has now resurged, with one user labelling it an "awkward, extra low, constipated giraffe" which was "well worth remembering".

Another tweet compared the curtsying Prime Minister to a dancing Will McKenzie from The Inbetweeners, while football Twitter enjoyed edits of Steven Gerrard's goal against Olympiakos in 2004 and Celtic's stoppage time winner against Rangers in 2008.

Most popular of all the footballing edits was the mash-up of Truss heading the ball in for the infamous Troy Deeney goal from Watford's play-off final against Leicester nine years ago.