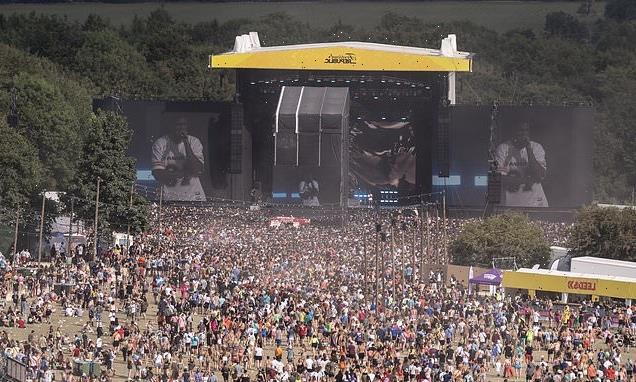 A 16-year-old boy has died today after he may have taken a ‘grey or black’ ecstasy tablet at Leeds Festival on Saturday night, police have said.

Officers were called around 10.16 on Saturday night and were informed the boy had been taken to the medical tent after falling ill. 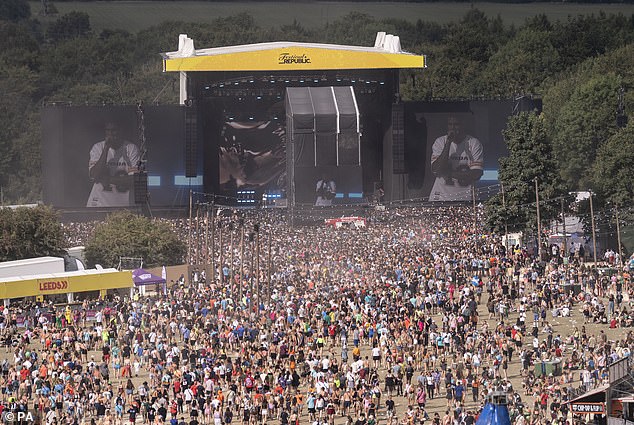 He was taken to hospital but tragically died on Sunday. His parents have been told.

‘Our thoughts are with the family of the boy who has died, and we have officers supporting them at this very difficult time.

‘While the exact cause of his death is yet to be established, one line of enquiry is that he had taken a particular type of ecstasy (MDMA) tablet, which was described as a grey or black oblong shape.

‘At this moment in time this is believed to be an isolated incident as we have not received any similar reports.

‘Users of any drug which is not professionally prescribed can never be sure of their contents and the risks involved with taking the substance. 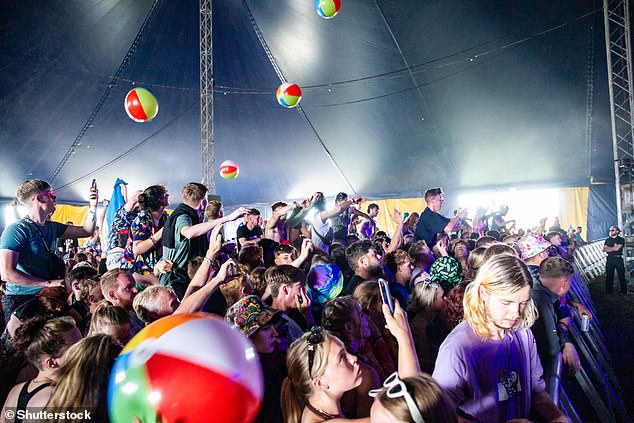 Festivalgoers in a tent at Leeds Festival, Brahmham Park. The festival has been a popular event for teenagers and young adults since it began in 1999

‘Anyone who does feel ill after taking any substance should seek urgent medical attention.’

‘We are continuing to conduct enquiries on site and are liaising closely with the event organisers.’

Police made an appeal on social media asking for anyone with information linked to the death to come forward.

Leeds Festival, which has run this year from August 25 to August 28, has been a popular event for teenagers and young adults since it began in 1999.

An estimated 100,000 people attended each day of Leeds Fest this year. 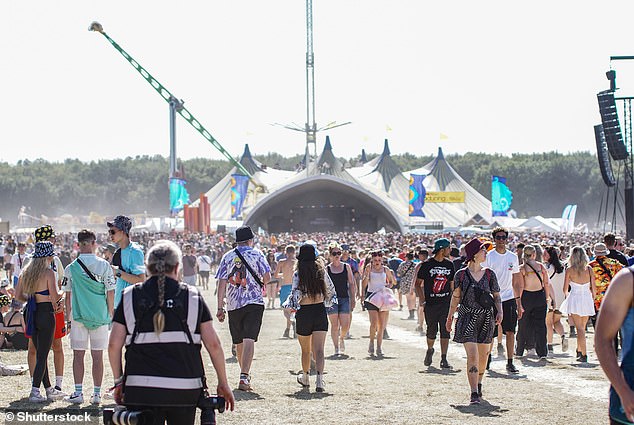 An estimated 100,000 people attended each day of Leeds Festival this year

Headliners at this year’s festival include US popstar Halsey (Friday night), Streatham-born rapper Dave (Saturday) and the Arctic Monkeys on Sunday.

The Arctic Monkeys, whose frontman Alex Turner is from Sheffield, also performed at Reading – Leeds’ sister festival – on Saturday night.