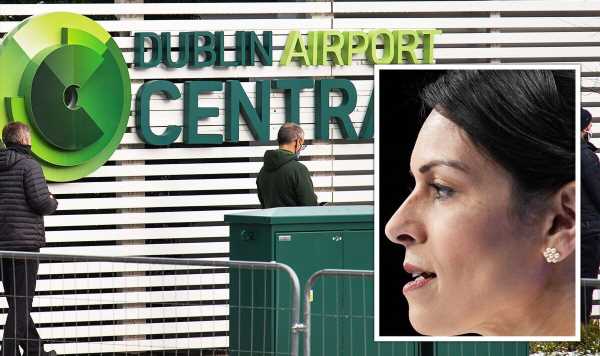 Migrant crossings: 60% of people are from Albania says expert

Post-Brexit soft border controls between Ireland and the UK are being exploited by Albanian people smugglers to bring desperate asylum seekers — often with fake European Union papers — into Britain.

The Albanians are working with Irish criminal gangs to fly migrants into Dublin. There, an Irish taxi driver is arranged to sneak the migrants into Britain on ferries.

The backdoor route costs the migrants around £2,500 per person with a further £300 to £400 for fake ID bought in Albania.

One gang organiser told an undercover Telegraph reporter the trips were staged “every day”.

“You need to get a European fake ID so you can get easily to Dublin.” 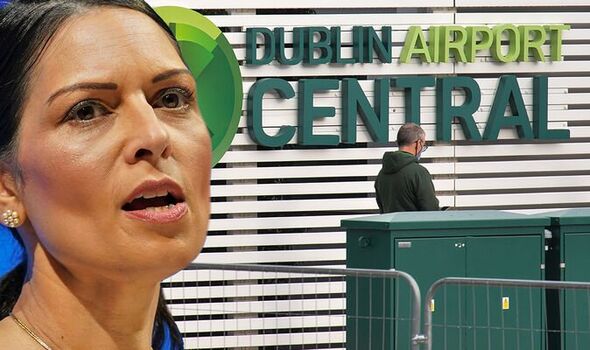 If challenged in Dublin, the gang organised said, the migrants are advised to “make a big noise” and claim asylum.

He added: “In 12 hours, they will let you go free. Then the taxi arrives and you can get straightway to England.”

Government sources described Albanians’ freedom to move in mainland Europe as “a challenge”.

The National Crime Agency (NCA) has previously expressed concern about the use of the Common Travel Area as a backdoor route into the UK.

Passports are not currently required for UK and Irish citizens travelling between the two countries.

Air and sea carriers say they require some form of identification. However, documents are not always checked.

Ireland is not in the EU’s Schengen Area but will accept EU IDs as well as passports. 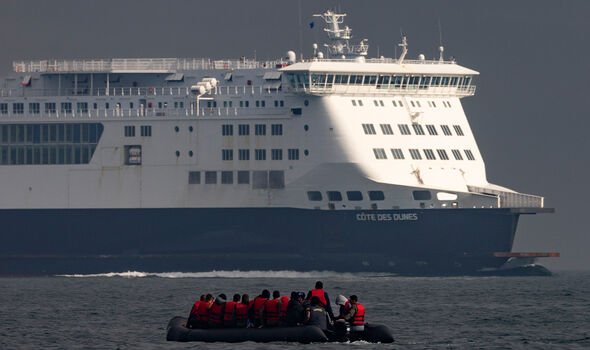 An NCA spokesman said: “Organised Immigration Crime is a chronic threat, the scale and complexity of which evolves all the time.

“The NCA works to target and disrupt the highest harm of organised crime groups at every stage of their activity – in source countries, in transit countries, near the UK border and those operating inside the UK itself.

“We also work with partners including immigration enforcement, policing and overseas law enforcement, to support their investigations.”

The number of Albanians crossing the Channel on small boats has soared in recent months, even though the UK considers Albania a “safe and prosperous country”, according to Home Office statistics released on Thursday.

About 2,165 Albanians arrived in the UK via this route in the first six months of 2022, compared with just 23 in the same period last year.

Overall, 12,747 people entered the UK on small boats during the first half of the year, more than double the previous year’s figure.

Albanians are now tied with Afghans as the biggest nationalities arriving on small boats, with each accounting for 18 percent of the total.

Albanian police could be brought to the UK to observe migrant arrivals and pass on intelligence in a bid to tackle Channel crossings, it emerged last week.

The plan, part of a deal struck between Home Secretary Priti Patel and the Albanian government, may see officers from the southern European country taken to the Kent coast while migrants are processed.

The Home Office said Albania has vowed support by sending senior law enforcement officers to the UK to assist rapid removals of those who travel to the UK by small boats.

The Albanian officers will also provide authorities with information and support processing, the Home Office said.

Ms Patel and Bledi Cuci, Albania’s minister for interior affairs, also pledged to speed up removals of Albanians with no right to be in the UK from later this week.

Checks on migrants arriving by boat who are suspected of being Albanian will be fast-tracked, it is understood.

The Ministry of Defence (MoD) said 915 migrants reached the UK on Saturday, bringing the total to more than 25,000, double the rate of last year.