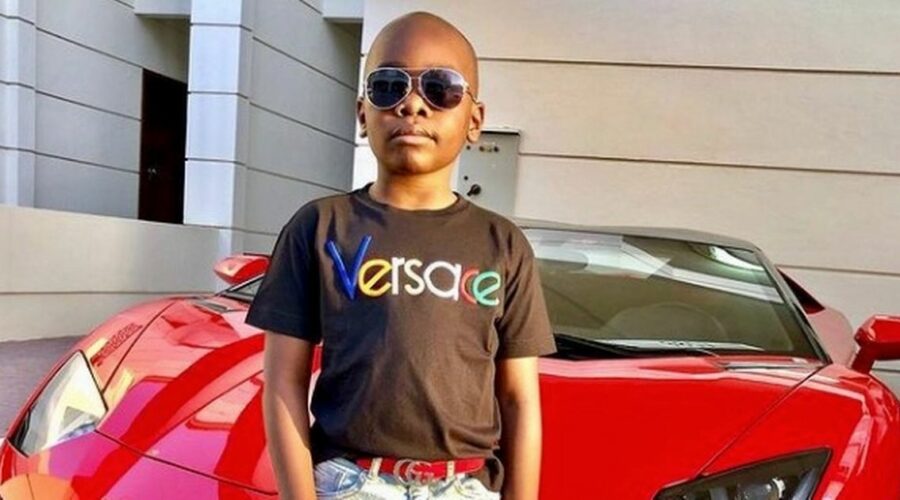 A young boy has become the envy of people across the world after being named the "world's youngest billionaire" – and even owns a car and a mansion.

Mompha Junior, aged just 10, was given his first mansion when he was only six years old.

But despite being given a helping hand, he's also made plenty of his money himself.

He is allegedly worth over £12million – over six billion in Nigerian Naira, technically making him the youngest member of the world's billionaire club.

The Nigerian boy, who is also known to wear lavish clothes by Gucci and Versace, is the only son of internet star Ismailia Mustapha, known as "Mompha Senior". After giving the child his first mansion, his father said said: "Owning your own home is one of the best feelings ever. It can't be described in words, it can't be quantified in money.

"Home ownership is a feeling that makes life's daily grind worth facing.

"It reassures you that after all the ups and downs you have a place to go to… A place that will never judge you and always invite you with open arm. "Congrats my son on your new home. Your birthday gift from Daddy."

It is understood that Mompha Senior made his cash from a bureau de change business in Lagos before moving into investments.

And though Junior may be young, his dad claims he has "paid his dues" and earned his swanky pad.

He said: "The youngest landlord who wears Gucci and still owns a house. He deserves some accolades because he has paid his dues in full."

And Mompha Senior is just as generous with the rest of his family as he is with his little namesake.

The father of two regularly refers to his wife as "Cash Madam" and once wrote about her: "I feel so blessed to have such a beautiful and supportive life partner like you."

Junior, whose real name is Muhammed Awal Mustapha, often poses for his social media followers in front of expensive cars like the Lamborghini Aventador and a cream Bentley Flying Spur, sometimes being snapped alongside his little sister Fatima.

Mompha Senior was arrested in January accused by Nigeria's anti-corruption agency of laundering the equivalent of over £10million.

It was reported he pleaded not guilty to the charges and was released on bail for £350,000.

However, he failed to appear in court on two separate occasions for his trial, meaning his matter could not proceed.