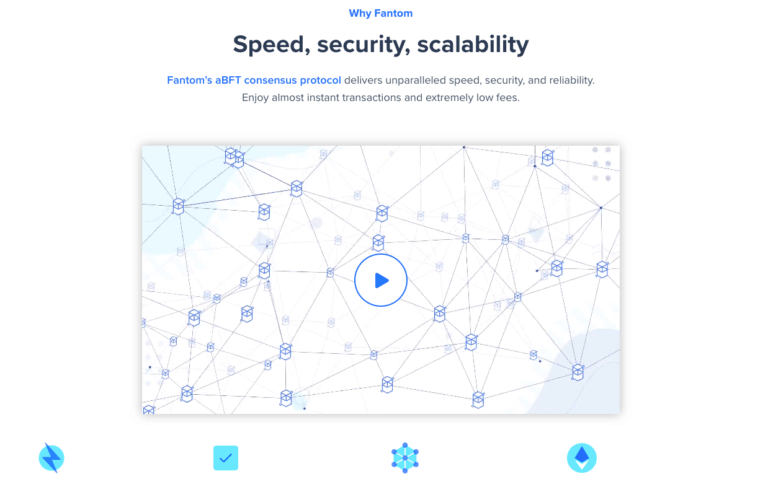 The host of Financial freedom show “InvestAnswers” says that one of the on-chain metrics for Ethereum competitor Fantom ($FTM) is looking bullish.

Here is a little introduction by the Fantom team to this exciting platform:

“Fantom is a high-performance, scalable, and secure smart-contract platform. It is designed to overcome the limitations of previous generation blockchain platforms. Fantom is permissionless, decentralized, and open-source. Lachesis, its revolutionary aBFT consensus mechanism, allows Fantom to be much faster and cheaper than older technologies, yet extremely secure.“

Speaking in a recent YouTube video, the anonymous host of InvestAnswers seemed bullish on the outlook for the $FTM token. According to the host, Fantom has experienced a slow and steady rise in the number of transactions per day, which is now rivaling that of Ethereum. On July 21, the Fantom network recorded 922,789 transactions (vs Ethereum’s 1.2 million transactions).

IThe nvestAnswers’ host says that the steady increase in transactions per day is a bullish indicator for $FTM, and could signal a price rally ahead. In particular, he noted that many other blockchain projects were experiencing a decline in on-chain transactions, while Fantom has managed to continue growing since May 2021.

The show’s host also highlighted FTM’s technical analysis, saying that $FTM’s price chart was pointing to a possible price rally if it could break through its current resistance.

As reported by The Daily Hodl, he said:

“Now what’s interesting as well, when you look at Fantom… There’s a little bit of resistance around $0.34, and potentially a 12-20% run beyond that as we go forwards. So who knows, we could go back up to $0.40 pretty quick or even a little bit more. Now there is a bullish thesis on this… Also when you look at the volume on Fantom, it did 310 million in volume, which is a big gain from previous volume. So a lot of activity is coming back.“