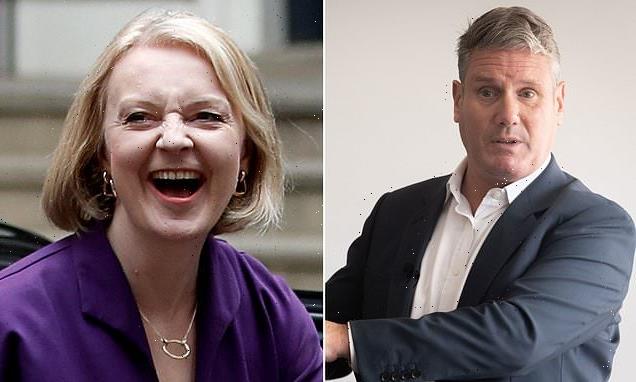 Keir Starmer opened hostilities with ‘out of touch’ Liz Truss today as the leaders prepare to square up for the first time.

The Labour leader offered token congratulations to the incoming PM after she was declared the winner of the Tory contest.

But he immediately fired a barrage against Ms Truss’s plans to drop hikes in corporation tax, accusing her of ignoring the cost-of-living crisis.

Teeing up their first PMQs battle on Wednesday, he also demanded to know how the premier would pay for a prospective freeze in energy bills, stressing Labour was proposing a bigger windfall tax on oil and gas firms.

Ms Truss vowed to be ‘bold’ in cutting taxes and reviving the economy after defeating Rishi Sunak for the top job. 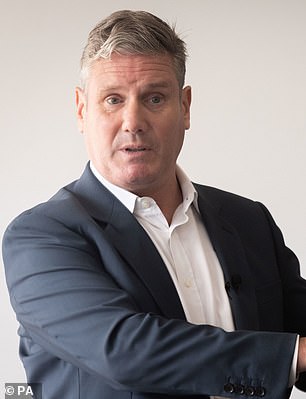 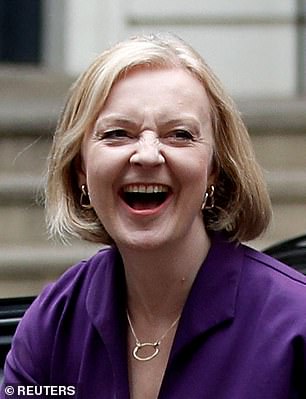 The 57 per cent to 43 per cent result – closer than some had expected – was announced by 1922 committee chair Sir Graham Brady in a glitzy ceremony at the QE2 Centre in Westminster.

Ms Truss said it was an ‘honour’ to be the new leader of the ‘greatest political party on Earth’. ‘I know that our beliefs resonate with the British people,’ she said.

In a nod to the looming prospect of a general election, she added: ‘We will deliver a great victory for the Conservative Party in 2024.’

Ms Truss also paid tribute to her ‘friend’ Boris Johnson, who will formally hand over power to her tomorrow, saying he ‘got Brexit done, crushed Jeremy Corbyn, rolled out the vaccine, and stood up to Vladimir Putin’.

Tweeting his congratulations, Mr Johnson said Ms Truss ‘has the right plan to tackle the cost of living crisis, unite our party and continue the great work of uniting and levelling up our country’.

But speaking at Friern Barnet School in north London, Sir Keir said Ms Truss is ‘not on the side of working people’.

‘We’ve heard far more from the latest prime minister about cuts to corporation tax over the summer than we have about the cost-of-living crisis, the single most important thing that’s bearing down on so many millions of households,’ he said. 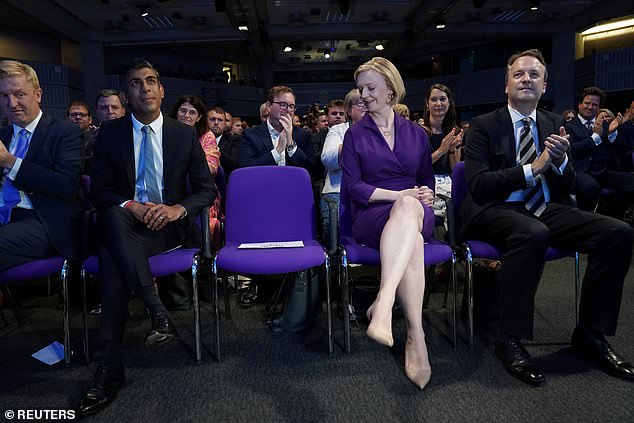 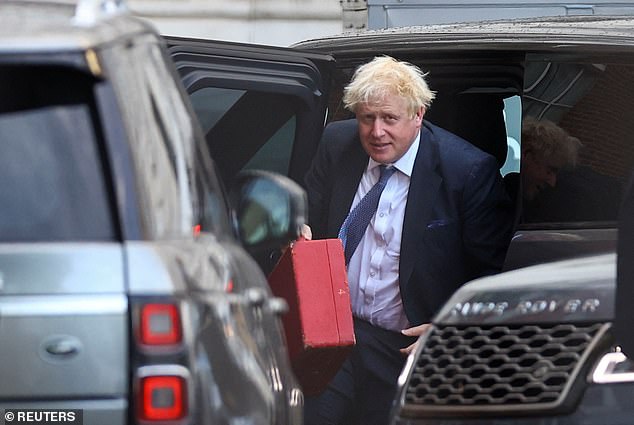 ‘There can be no justification for not freezing energy prices. There’s a political consensus that needs to happen. She needs to ask the question how she’s going to pay for that. Labour made it clear, it needs to be a windfall tax on oil and gas companies.

‘So, she needs to show that she actually understands and can meet the challenges that are there after 12 years of failure of this Tory Government.’

Sir Keir also tweeted: ‘I’d like to congratulate our next prime minister Liz Truss as she prepares for office.

‘But after 12 years of the Tories all we have to show for it is low wages, high prices, and a Tory cost-of-living crisis.

‘Only Labour can deliver the fresh start our country needs.’