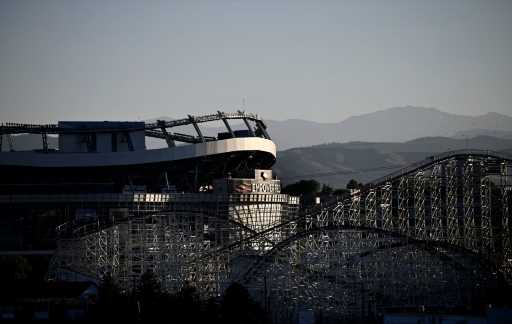 A woman who fell to her death from an escalator at Empower Field at Mile High at the end of a Kenny Chesney concert has been identified.

The Denver Office of the Medical Examiner on Wednesday identified the woman as 48-year-old Jimi Goodman. An autopsy has been completed and Goodman died from “multiple blunt force injuries.” The manner of her death has been ruled an accident.

The accident happened at about 10:52 p.m. Saturday after Goodman had attended a Kenny Chesney concert at the stadium.

She was sitting on a railing of the escalator when she fell to the concourse below, police said.

“We extend our deepest sympathies to the loved ones of the woman involved in the tragic incident,” Empower Field said in an earlier statement.

Goodman died at the scene, according to the medical examiner.

In a statement Sunday, Chesney said: “I was devastated to learn of the loss of someone after our show. There had been so much joy, so much heart coming from the people of Denver last night — and to hear this is heartbreaking.”