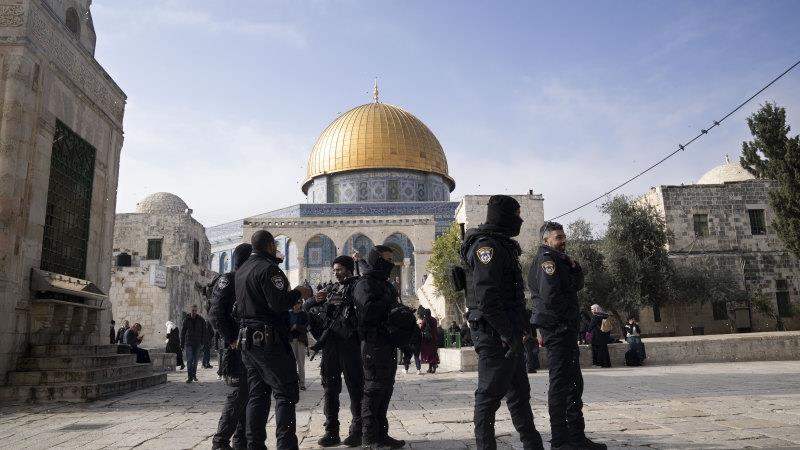 “The Temple Mount is open to all,” Ben-Gvir said on Twitter, using the Jewish name for the site. Video footage showed him strolling at the periphery of the compound, surrounded by a heavy security detail and flanked by a fellow Orthodox Jew. 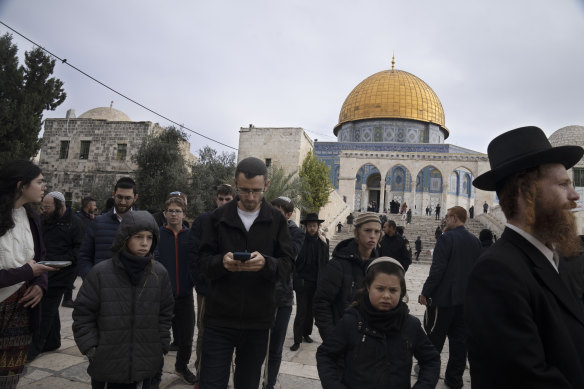 Although the visit at the flashpoint site passed without incident, it risks worsening frictions with Palestinians after a surge of violence in the Israeli-occupied West Bank in 2022.

Al Aqsa is a symbol for Palestinian hopes of securing a state, a goal that looks ever bleaker with Ben-Gvir and other far-right allies now in Netanyahu’s government. 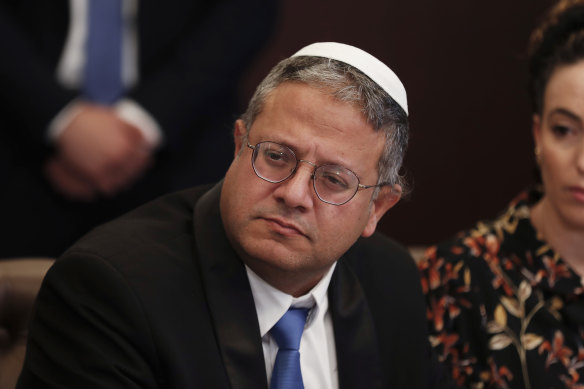 UN Secretary-General Antonio Guterres “calls on all to refrain from steps that could escalate tensions in and around the holy sites,” said UN deputy spokesman Farhan Haq.

When asked about the visit, a White House National Security Council spokesperson said any unilateral action that jeopardises the status quo of Jerusalem holy sites is unacceptable.

In an apparent effort to lower the temperature, an official in Israeli Prime Minister Benjamin Netanyahu’s office said the premier was fully committed to the site’s decades-old status quo allowing only Muslim worship there.

An Israeli official said the 15-minute visit by Ben-Gvir, a senior member of Netanyahu’s new nationalist-religious cabinet, complied with an arrangement that allows non-Muslims to visit but not pray.

Ben-Gvir once advocated ending the ban on Jewish prayer at the sensitive site, but has been non-committal on the issue since aligning with Netanyahu. Other members of Ben-Gvir’s Jewish Power party still advocate such a move.

Jordan, the custodian of Al Aqsa and whose 1994 peace deal with Israel is unpopular at home, summoned the Israeli ambassador and said the visit had violated international law and “the historic and legal status quo in Jerusalem”.

Palestinian Prime Minister Mohammad Shtayyeh called on Palestinians to confront what he described as raids onto the compound and accused Ben-Gvir of staging the visit as part of a bid to turn the shrine “into a Jewish temple”.

Israel denies having such designs. An official at Netanyahu’s office said “claims of a change in the status quo are groundless”.

A spokesman for Hamas, a Palestinian Islamist group that rejects coexistence with Israel and which controls Gaza, said of the visit: “A continuation of this behaviour will bring all parties closer to a big clash.”

The leader of Lebanon’s powerful armed Hezbollah group, Hassan Nasrallah, said that any infringement of the status quo would lead to an explosion in the entire region.

The rise of Ben-Gvir in Netanyahu’s government, one of the most right-wing in Israeli history, has deepened Palestinian anger about their long-failed efforts to secure a state in territory Israel captured in the 1967 Middle East war.

Hours before the visit, Israeli troops shot dead a Palestinian teenager in a clash in nearby Bethlehem, medical officials and witnesses said, the latest death in a growing West Bank toll. Israel’s army said troops fired on Palestinians who threw explosives, rocks and firebombs at them.

U.S. Ambassador to Israel Thomas Nides “has been very clear in conversations with the Israeli government on the issue of preserving the status quo”, the US embassy said in a statement.

Egypt and the United Arab Emirates, both among the few Arab states to have recognised Israel, condemned the visit. Saudi Arabia, with which Netanyahu wants to forge a peace deal, also criticised Ben-Gvir’s action.

Turkey, which has recently ended a long-running diplomatic rift with Israel, condemned the visit as “provocative” as well.

Al Aqsa compound, known to Muslims as the Noble Sanctuary, is Islam’s third holiest site. It is also Judaism’s most sacred site, a vestige of two ancient Jewish temples.

Israel deems all of Jerusalem its indivisible capital – a status not recognised internationally. Palestinians want East Jerusalem, where the compound is located, as capital of a state also taking in the West Bank and Gaza Strip.

On Tuesday, pious Jews fasted to commemorate a Babylonian siege on the first of those temples, in the 6th century BC.

Ben-Gvir oversees Israeli police who are formally tasked with enforcing the ban on Jewish prayer at the compound. He said that freedom of movement would be upheld there, without any mention of freedom of worship.

Not far from the compound, Israel police said on Tuesday they were investigating the vandalising of gravestones at the Protestant Mount Zion Cemetery.

Security camera footage circulating on social media showed two young men, one dressed in Orthodox Jewish garb, entering the graveyard, pulling down a cross-shaped tombstone and smashing it with rocks. Reuters could not immediately verify the footage.