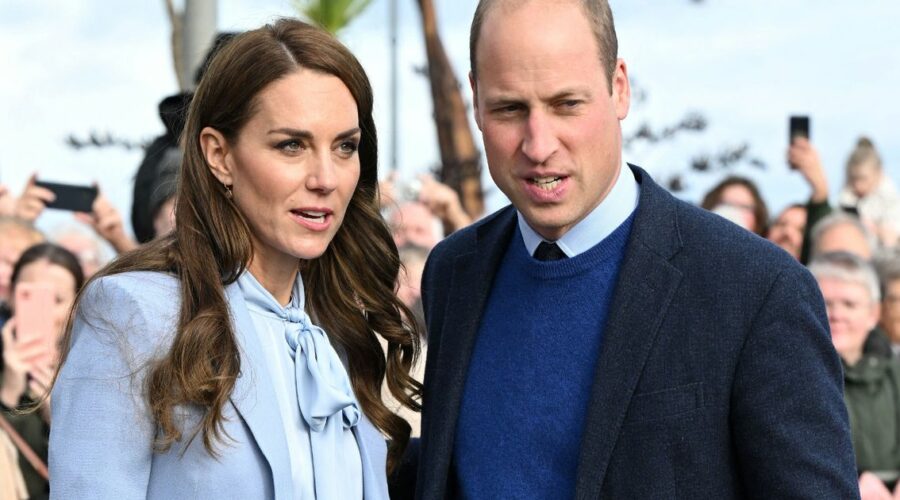 The Prince and Princess of Wales are heading to the US in December and while officially they will be in Boston to attend the second Earthshot Prize awards ceremony, Kate Middleton reportedly intends to take the opportunity to heal the rift with the Duke and Duchess of Sussex.

A royal insider told US Weekly: “Once Kate and William’s Boston plans are set in stone, she’s planning to extend an olive branch to Meghan in a bid to reunite the brothers and heal the rift.”

Once almost inseparable, William and Harry and their two wives have drifted apart since the Duke and Duchess of Sussex made the decision to relocate to California.

But it seems there is renewed appetite on both sides to set things right and the source claims ending the feud is what the late Queen Elizabeth II and Princess Diana “would have wanted”.

While Harry and Meghan are “knee deep with their hectic schedules,” the source adds Meghan was “willing to put in the effort” as long as dates don’t clash.

Another source told the magazine Kate had been reaching out to Meghan much more since the birth of the Sussexes’ daughter Lilibet.

For the latest breaking news and stories from across the globe from the Daily Star, sign up for our newsletter by clicking here .

“She’s sending gifts and trying to build up a relationship,” the source claimed. “The firm has been instructing staffers to reach out more to Harry and Meghan to get them to soften a bit.”

Harry told reporters in October 2019 that part of the reason he was distancing himself from the Royal Family was to protect his wife from online harassment.

“I have been a silent witness to her private suffering for too long,” he said. “To stand back and do nothing would be contrary to everything we believe in.”

But there was a personal angle too. Speaking to CBS News, Meghan gave a glimpse of some of the friction between the two royal wives:

“A few days before the wedding, [Kate] was upset about flower girl dresses and it made me cry,” she said. It really hurt my feelings.

“It was a really hard week of the wedding,” Meghan added, “and she was upset about something, but she owned it, and she apologised.”

She added that Kate had sent her flowers with a note, by way of apology.