A ‘cold war’ has erupted between warring ice cream vendors in one of Britain’s most famous beauty spots.

A new ice cream van at a popular landmark in the New Forest has received an icy reception from shops on the nearby high street who say the newcomer is stealing their business.

Independent ice cream parlours and cafés in Lyndhurst, Hampshire, argue the van’s location next to a free car park at Bolton’s Bench mean some customers will no longer bother to visit them.

The van, run by company Warren’s Ice Cream, had its license approved by both Forestry England (FE) and the Verderers – an ancient group responsible for the preservation of the New Forest.

However, local businesses in Lyndhurst – which is known as the capital of the New Forest – say they are confused as to why they weren’t consulted before the ‘ridiculous’ decision. 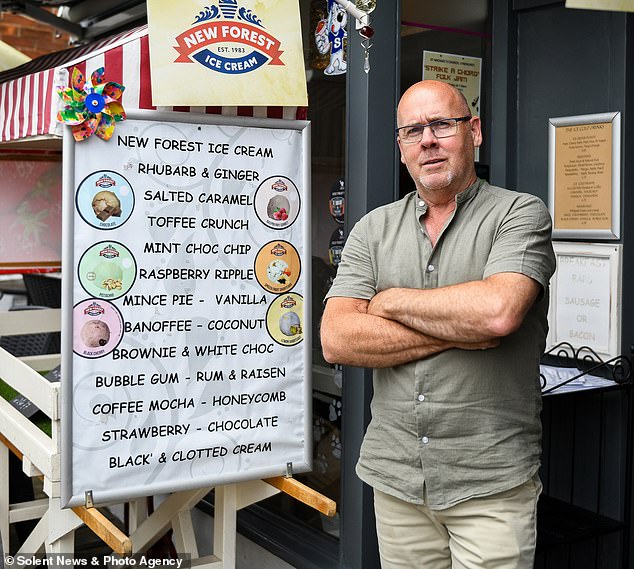 David Pearson, who runs Sweet Chillies cafe in Lyndhurst, Hampshire, is angered by the appearance of a new mobile ice cream van in a free car park at Bolton’s Bench

Since its installation at Bolton’s Bench, named after the Forest’s 18th Century Master Keeper the Duke of Bolton, the area’s New Forest District Councillor, Hilary Brand, has been inundated with complaints from locals.

‘We thought 2022 was going to be a better year for us, but so far it hasn’t been as good as before the pandemic and we are struggling.

‘We know our footfall on the high street is down 20 per cent compared to pre-Covid.

‘We don’t know if that’s because people don’t have the money, or are going abroad – but the new ice cream van could be a factor as to why people aren’t coming to the high street.

‘Maybe the new van is stopping customers visiting and spending money in shops. 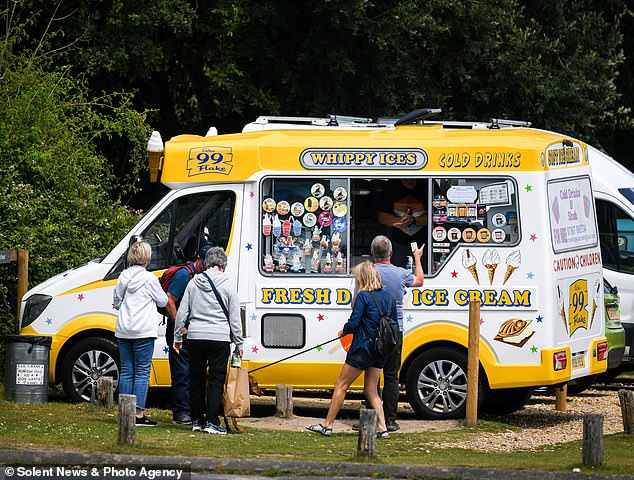 The ice cream van at Bolton’s Bench, Lyndhurst, has provoked the ire of nearby cafes who say it is stealing their business. But the van has already had its license approved by both Forestry England (FE) and site wardens the Verderers

‘People can just park their cars, go for a walk, get an ice cream and go home without visiting the high street.’

‘We have nothing against the person who runs the van, but we feel the license should not have been granted.

‘We are a family business and we only operate during the summer, so we rely on taking sufficient business to last us over the winter.

‘We were hoping for a good season after the pandemic and, obviously, there are other things at play like the cost of living crisis and the price of fuel.

‘But the new van has to be a deterrent to some people who buy ice cream. It must have an effect.’ 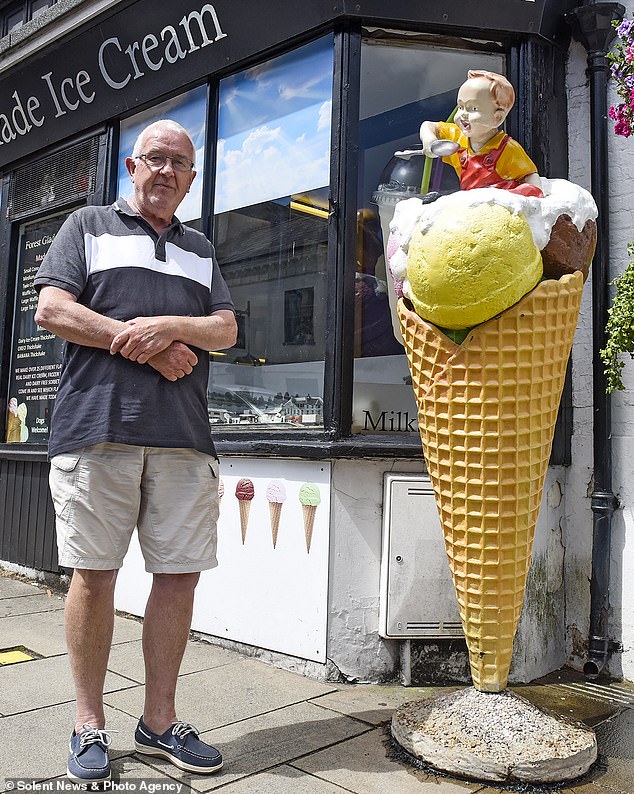 Tim Laine, owner of Forest Glade Ice Cream in Lyndhurst, says that all of the traders on the high streets are upset about the new van

Warren Dickens, director of Warren’s Ice Cream, declined to comment on complaints regarding his van at Bolton’s Bench.

David Pearson, 59, who has run the Sweet Chillies café on the high street for nearly a decade, added: ‘It’s strange for them to put up down the road when there’s 17 places that sell coffee and cake on the high street.

‘I think it’s awful. Absolutely ridiculous. You wouldn’t stick an ice cream van on the pier in Bournemouth, would you?

‘We’re still busy but normally we would have a line all down the street in this weather.’

A Forestry England spokesman said: ‘For many years now, licences have been issued for ice-cream vendors to sell from mobile units within a limited number of Forestry England car parks across the New Forest.

‘The specific location and overall number of vendors we are permitted to licence requires approval from the Verderers of the New Forest and is debated in the publicly open Verderer’s Court.

‘In relation to the new location at Bolton’s Bench it was felt that this would join the existing wide range of competing hospitality and catering options situated both in and around the village. The ice cream vendor joins this already wide range of offers.’

Ice cream van locations will be reviewed in the Verderer’s Court in March 2024, with members of the public having their say.