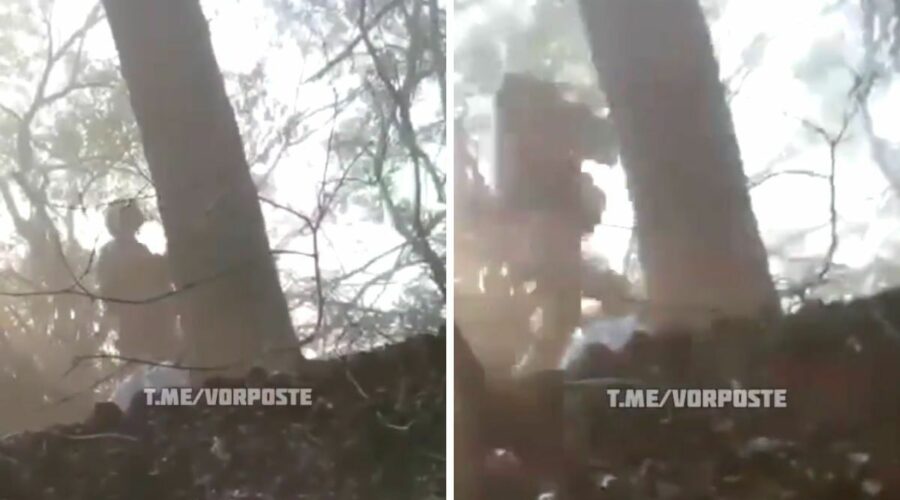 Russian forces in areas of occupied Ukraine have come under renewed attack as President Zelensky’s troops have pushed on with their operation to reclaim regions under Kremlin control. Startling video footage from Kharkiv has unveiled the true horror of the counter-offensive as President Putin’s soldiers are filmed under relentless artillery fire. Moscow’s army is set to come under immense pressure to retreat as Ukraine has launched simultaneous attacks on Russian-occupied areas in the east and south of the country.

The video footage, which was released on social media, is reported to relay the experience of Russian troops operating in the Kharkiv region.

As the recording begins, a loud blast can be heard, presumably the detonation of a Ukrainian missile strike, close to the Russian soldiers who cry out after the explosion.

The haunting sound of constant artillery fire rings out as the clip captures the group of Russian servicemen sheltering in what appears to be a shallow trench.

Panicked clusters of Russian soldiers can be seen running between trees, clutching guns as they attempt to find cover and return fire. 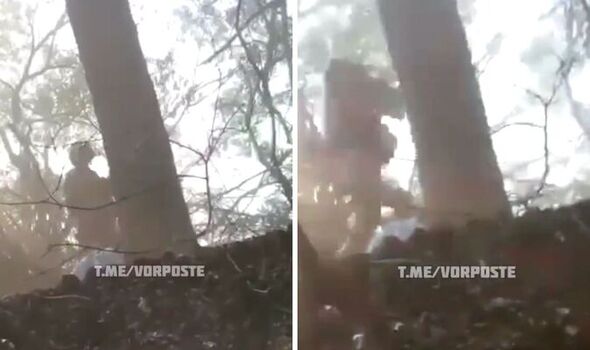 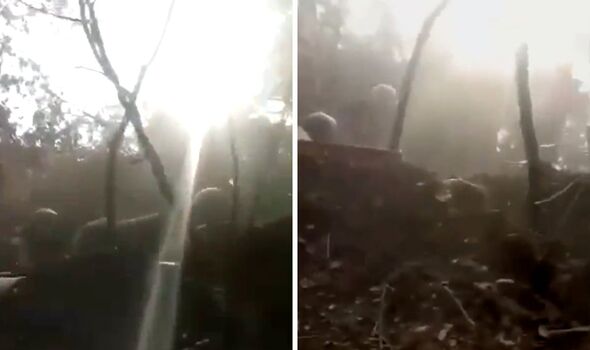 The news comes as Ukraine has launched a series of counter-offensive strikes to reclaim Russian-occupied land and force Moscow’s troops to fall back.

President Zelensky has already issued a dire warning to President Putin’s forces, urging soldiers to flee Ukraine ahead of the operation.

Speaking ahead of the renewed fighting in Kharkiv, the Ukrainian President said: “The occupiers should know: we will oust them to the border, to our border – the line of which has not changed.”

He added: “Our defenders will not stop until they liberate everything that belongs to Ukraine.” 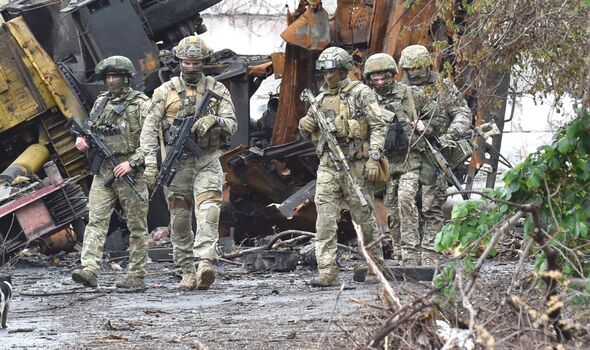 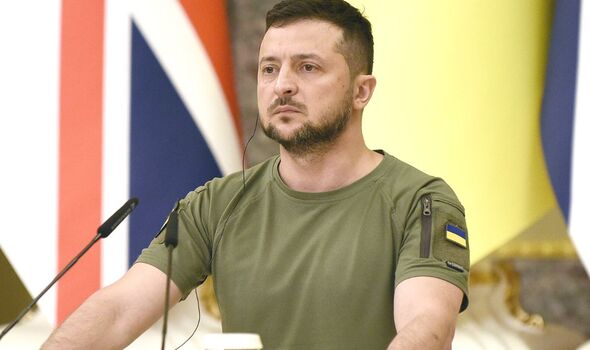 The UK Ministry of Defence confirmed that Ukraine had launched counter-offensive operations in the Kharkiv, Kherson, and the Donbas regions.

The threats to Russian control spread 500km across Ukraine and will pose a challenge to the Kremlin’s ability to coordinate military forces.

The Ministry of Defence has reported that Russia’s failure to appropriately reallocate forces in the early stages of the war caused President Putin’s troops to underperform from the offset. 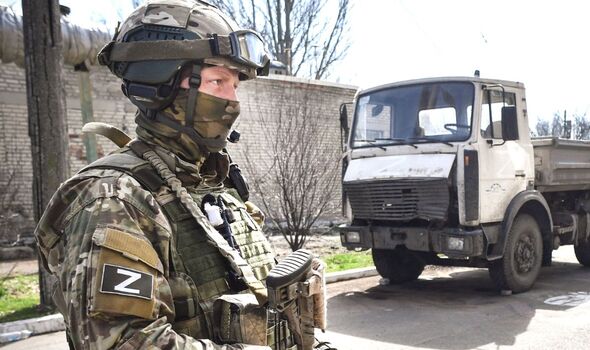 The level of heavy fire observed in the video footage is unlikely to be matched by Russian forces amid a crisis of military supplies.

Frustrations surrounding a lack of modern and well-maintained weapons have prompted an atmosphere of low morale among Moscow’s troops, especially in the face of renewed assault from Ukrainian soldiers.

An intelligence report read: “The Russian military has consistently failed to provide basic entitlements to troops deployed in Ukraine, including appropriate uniform, arms, and rations, as well as pay.”

The equipment crisis weighs heavy on Putin’s soldiers, adding to the strain of combat fatigue and a rising toll of war casualties.