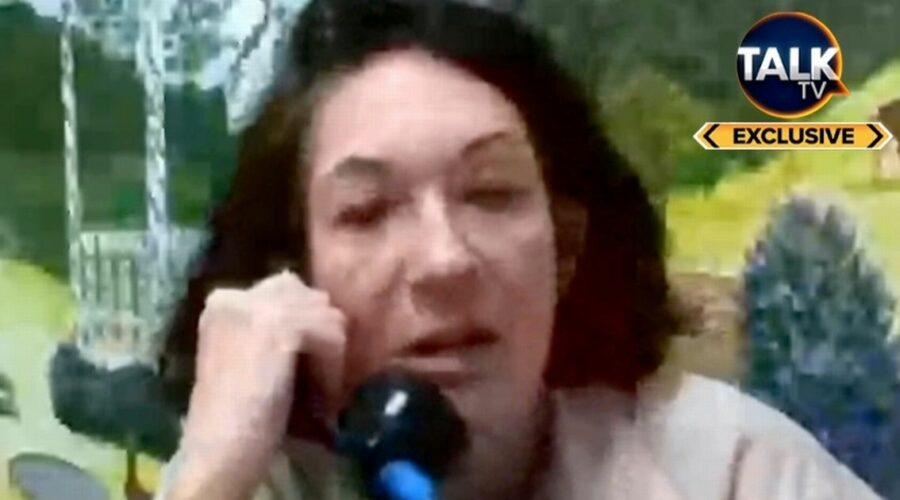 Ghislaine Maxwell was only faking her sadness and didn’t appear to show “any real signs of suffering or distress” considering her position, a body language expert has claimed.

The Face Whisperer Adrianne Carter made the claims in relation to the convicted sex trafficker’s recent interview on Talk TV presented by Jeremy Kyle, where Maxwell appeared from her Florida prison.

The close associate of the known sex offender Jeffrey Epstein was sentenced to 20 years in the cage last year for her part in helping the predator gain access to underage girls.

Now, she spoke to the TV channel about her experiences behind bars, as well as her opinions on a number of other matters surrounding the Epstein scandal, including claims he was murdered and that a famous image of Prince Andrew and Virginia Giuffre was fake.

But despite her vivid description of “tasteless” prison food where she is held at FCI Tallahassee in Florida, body language expert Adrianne wasn’t buying it.

Speaking to the Daily Star she said: “She takes her glasses off and messes with her hair. It's almost as if she doesn't want to look too well put together or create a good impression.”

She explained how later in the video she did experience some evidence that some signs that Maxwell wasn’t having the time of her life.

“I see some evidence of sadness when talking about the past. It could be sadness due to what her life has now become,” she said.

But overall she felt that Maxwell was trying to convey a particular image.

She said: “There's a lot of face touching and hair touching throughout, which people do to self-soothe because of uncertainty or stress.

“I think she may be trying to create the impression that she's regretful and suffering, but I didn't see any real signs of suffering or distress to a great level, certainly not for someone in prison for the foreseeable future.”

The interview with Maxwell is available on Sky 522, Sky Glass 508, Virgin Media 606, Freeview 237 and Freesat 217 as well as on DAB, Amazon Fire TV, Apple TV, Samsung TV Plus, YouTube, the Talk.TV website and TalkTV iOS and Android apps