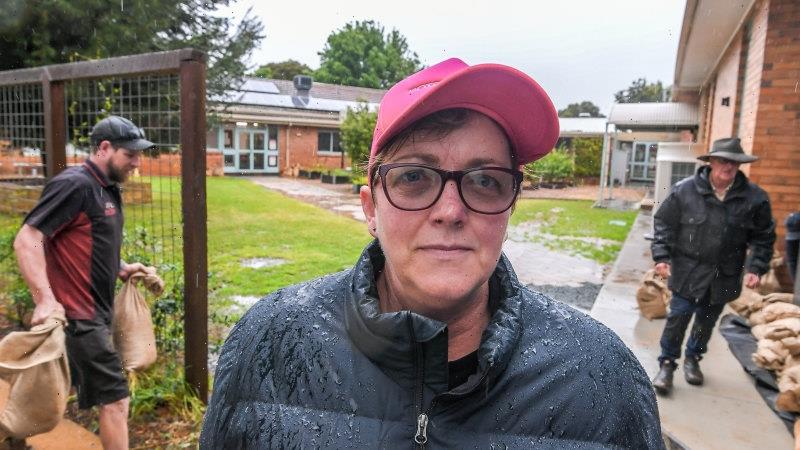 Year 12 student Rowan Farren has not left his house since last Saturday, when the floodwaters in his street rose above waist height.

Farren’s family home in Mooroopna, near Shepparton, was built above the high water mark of the 1974 flood so it has remained dry, but neighbours in older houses have brown water up to their windows. 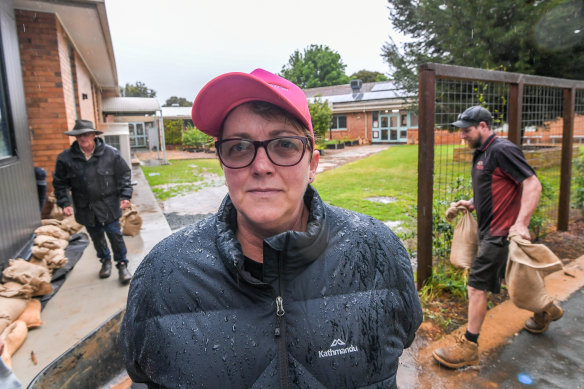 Officially, he is due to sit his VCE English exam on Wednesday, but he doesn’t like his chances. More rain is forecast this week and he doesn’t expect the water to recede enough for him to be able to travel across the Mooroopna causeway to his school in Shepparton.

Farren feels like he is in no shape to sit his exam anyway. He has barely slept – or studied – in the past week.

His school, Greater Shepparton Secondary College, confirmed on Wednesday that it will remain closed for the rest of the week except to year 12 students who can make it in.

Farren is school captain and says the floods were one last blow for a cohort of senior students who have endured three years of upheaval thanks to a pandemic. 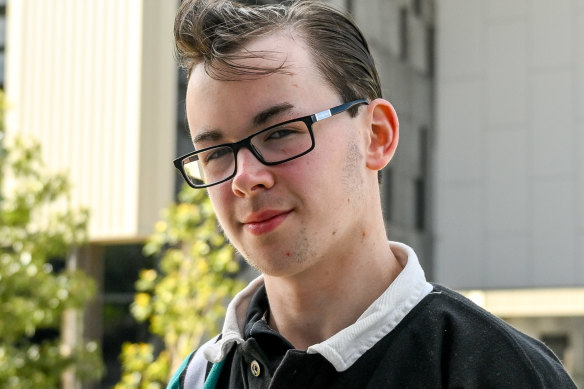 Farren’s school is one of almost 50 that are closed due to the floods. Some will not reopen this year.

Principals are tracking down displaced families and scrambling to find alternative locations to hold classes.

Schools are closed in Rochester, where flooding covered most of the town, in Shepparton and Mooroopna, where the water peaked centimetres below the 1974 flood level, and in Echuca and Kerang, which are bracing for rain and thunderstorms forecast to coincide with a peak in the swollen Murray River. 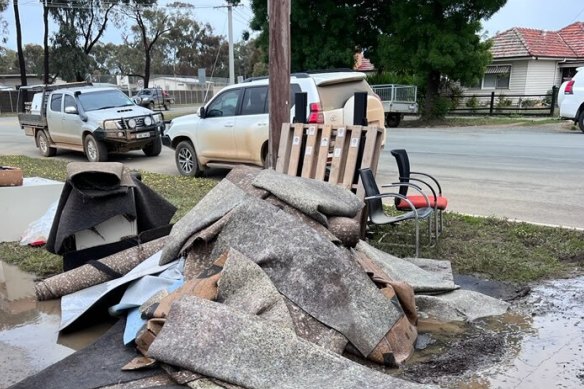 St Joseph’s Primary School principal Liz Trewick does not expect her Rochester school to reopen this term, after floods that were “more ferocious than anyone imagined”.

The tables the students sat at, the chairs they used, carpets and joinery were all damaged in the deluge.

The army and volunteers stepped up to clean and restore the school this week, including a man from Melbourne who spent two days pressure-hosing the mud.

Wednesday was spent sorting resources that had survived the floods. 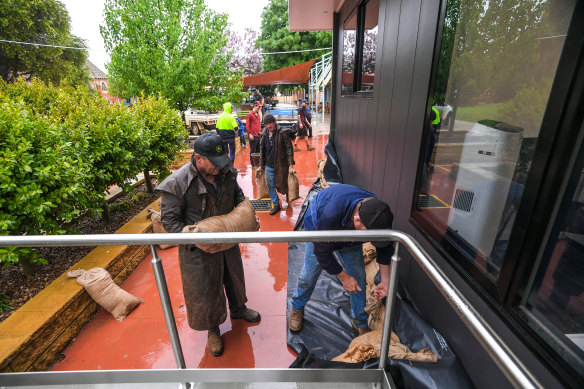 “That will take some time and the parents that helped saw how much stuff a school collects,” Trewick said. “We’ve got lots of tired bodies and minds, but the community spirit is just awesome.”

About 90 per cent of the school’s families, and some staff, had their homes flooded. Not all displaced families had been in contact, probably because they have lost access to power.

Trewick saidthere was a tonne of work going on behind the scenes to find an alternative site for the remaining eight to nine weeks of term.

“Catholic Education Sandhurst are being proactive in their support of this,” she said. 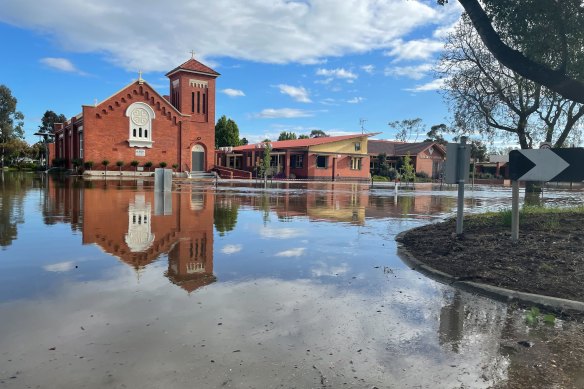 St Mary’s School in Mooroopna is one of about 50 schools in northern Victoria that have been closed due to flooding.Credit:Adam Carey

St Mary’s Primary School in Echuca has been closed all week, but has been a hive of activity. The small Catholic school is being used as a taskforce centre connecting locals with police. Parents and staff are sandbagging, and teachers are running games for families who need childcare.

First-year principal Jasmine Ryan said about 70 per cent of the school’s families had evacuated or were planning to do so.

“St Mary’s is reaching out daily in and among the staff and community to see what support we can offer, but we think the weekend will bring the reality,” she said.

Ryan had hoped to reopen on Monday, but said this would depend on the weekend weather.

Also in Echuca, St Joseph’s College year 12 students were supposed to be in fancy dress and celebrating the end of school on Wednesday. They were sandbagging instead.

Cairns expects the town’s new levee to save her school from inundation but said it would probably become an island as floodwaters peak.

“The predictions are the school will be surrounded by water, so it will be inaccessible,” she said.

One small relief this week was confirmation that derived exam results would be given to all VCE students affected by flooding.

Derived exam scores are intended to ensure that students’ final results reflect the level of achievement that was expected, based on their results from school-assessed coursework and the General Achievement Test, which was taken by all VCE students last month.

Cairns said common sense had prevailed and students dealing with the stress of a natural disaster didn’t need to worry that it would hurt their results.

“Students can’t prepare for exams now. They’re sandbagging their own homes, or their neighbours’ homes. It’s not like they’re sitting in their rooms studying,” she said.

Greater Shepparton Secondary College executive principal Barbara O’Brien said year 12 students would be given a valedictory celebration in November, so they did not miss out on marking the end of school.

Many of the large school’s students are sheltering at the Mackintosh Centre at the showgrounds, where staff have been providing games and activities such as baking cupcakes.

O’Brien said she was confident the school will reopen next week.