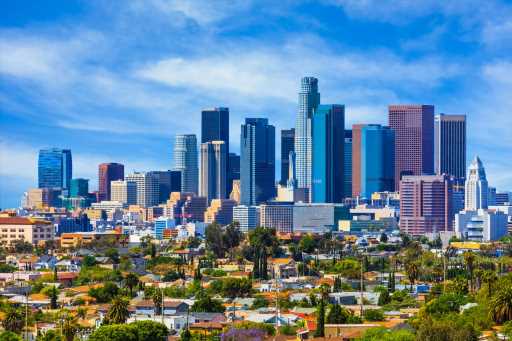 Greater Los Angeles saw a double-digit drop for on-location film and TV production in the third quarter, according to a new report by FilmLA. The city and county film office said shoot days were down by 10.5% over Q3 2021 but by only 1.7% over the April-to-June Q2.

“We’re seeing an expected slowdown taking shape,” FilmLA President Paul Audley said. “To that point we note that the COVID-19 Delta wave forced an out of season production shift last year. That shift led to record-breaking filming levels in the latter half of 2021, so in light of that, this is a modest decline.”

Feature film and commercials production declined both year-over-year and compared to the five-year averages (which exclude Covid-ravaged 2020). Television shoot days also were down by 10.5% vs. Q3 2021 but up by 4.7% over the five-year average, according to the report (read it here). 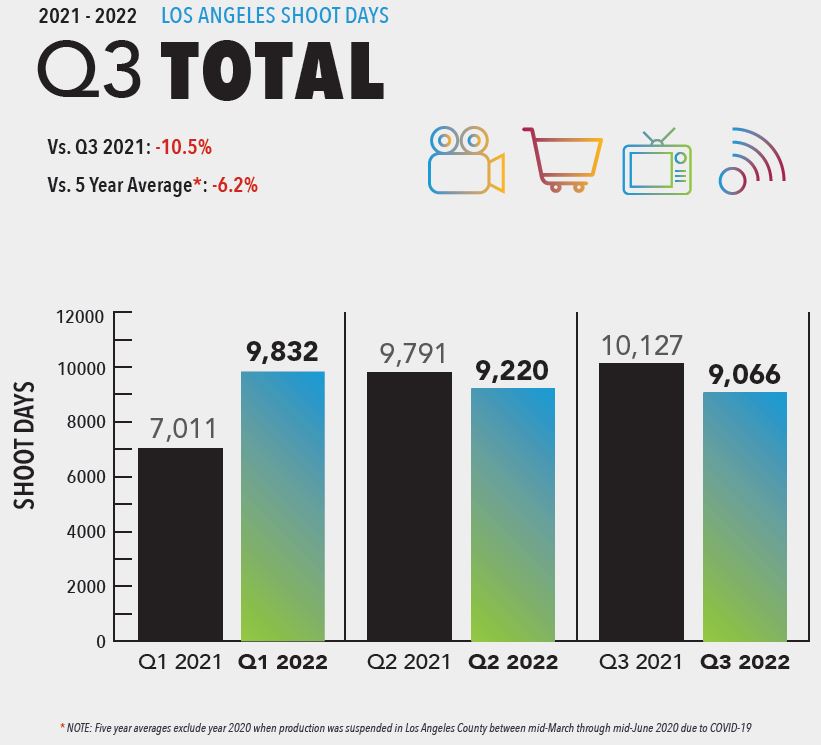 FilmLA reported a total of 9,066 shoot days in the county during the third quarter ended September 30. Feature films saw 828 shoot days vs. 1,100 in Q3 2021. Local productions included Barbie, the untitled Beverly Hills Cop sequel, Destroy All Neighbors, Fast X and Young. Wild. Free. A total of 115 days, or 13.9%, were generated by projects that received the California Film & Television Tax Credit, the report notes.

TV comedies made a stronger showing, with shoot days increasing by 4.1% year 2021, but the category was down by and eye-catching 36.9% compared to the five-year average. Local sitcoms included Abbott Elementary, Home Economics, Grand Crew and Young Sheldon.

Production on reality TV, which has been robust throughout the recovery, was flat compared to last year (2,824 days in Q3 2022 vs 2,825 in 2021) but still up an impressive 90.5% compared to the five-year average. Reality shows filming locally included Black Ink Crew: Compton, Dancing with the Stars, Growing Up Hip Hop, Million Dollar Listing, Selling Sunset and The Voice.

Commercial production activity in the region continued to decline with a total of 1,021 shoot days in Q3, compared with 1,533 last year.