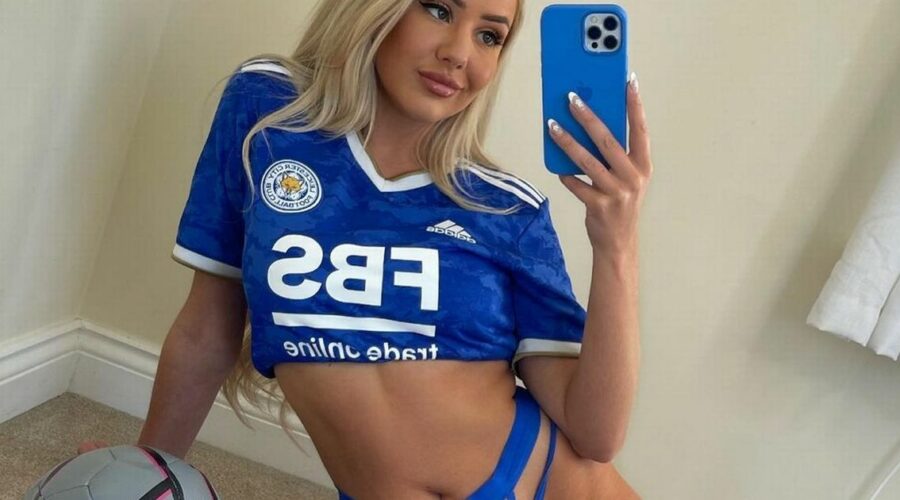 Elle Brooke has sent fans into overdrive once again with the promise of a collaboration with another footy-mad OnlyFans star.

Dressed in a Manchester City shirt, Elle posted to her Instagram story with a question: “Who do you want to see me work with in 2023?”

Meanwhile, on the Instagram of glamour model, online streamer and Leicester City superfan Bonnie Brown, a similar question was asked.

Bonnie said: “Who should I collab with in 2023?” followed by two side-eye emojis.

Bonnie’s questionnaire was filled in with the name Elle Brooke.

Then, reposting the response with a caption of her own, Bonnie said: “Careful what you wish for @thedumbledong”.

Underneath was another questionnaire that asked: “Who needs to see this?”

Both options were versions of “Me”.

Then, reposting Bonnie's screen grab, Elle posted again to her own story with a caption that will drive fans wild.

Good news for fans of either star but it isn’t known when the two are planning on teaming up, however, it looks like it will be at some point this year.

Other fans were also keen to see another collaboration between Bonnie and racy content star Lily Phillips, to which Bonnie replied: “Was my last collab. More content still to come too on my spicy site from it.”

Elle’s New Year promise comes days after she posted a sweet New Year message and shared a reel of images looking back at the past year.

Captioning the shot she said: “2022 has been the craziest year but I feel like 2023 is going to be the best one yet. Happy New Year peeps x”. In the photos were images summing up her year, including from her boxing, with many images featuring Blonde bomber Ebanie Bridges who trains at the same gym as Elle.

The two are understood to have become friends, reflected in Ebanie’s touching response to the post.

She said: “Love you, I am so damn proud of the woman you are evolving into I can’t wait for next year xx”.