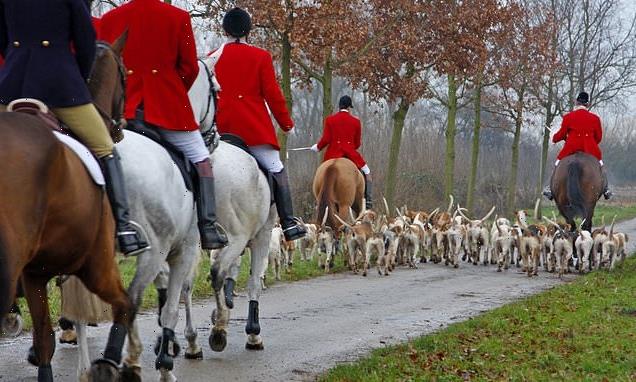 Animal rights activists have been left furious after Ben Wallace blocked them from continuing to monitor hunts on Ministry of Defence land.

The Defence Secretary wrote to the League Against Cruel Sports (LACS) earlier this month to inform them he was ripping up a long-standing agreement.

Mr Wallace explained that ‘security concerns’ as well as ‘the behaviour of protesters and their attire, which is intimidating to other users’ were the reasons behind his action.

The decision comes ahead of Boxing Day, which is traditionally the biggest day in the hunting calendar.

Although hunting wild animals, such as foxes, was banned by the New Labour government in 2004, the MoD continues to allow lawful trail hunting and drag hunting on its land.

Under the terms of an arrangement, referred to as a ‘memorandum of understanding’, animal rights campaigners are informed of the locations of lawful hunts on MoD land.

This allows them to monitor the hunts, with some activists claiming trail or drag hunting – where hounds are supposed to follow a scent rather than a live animal – is used as a ‘smokescreen’ for fox hunting. 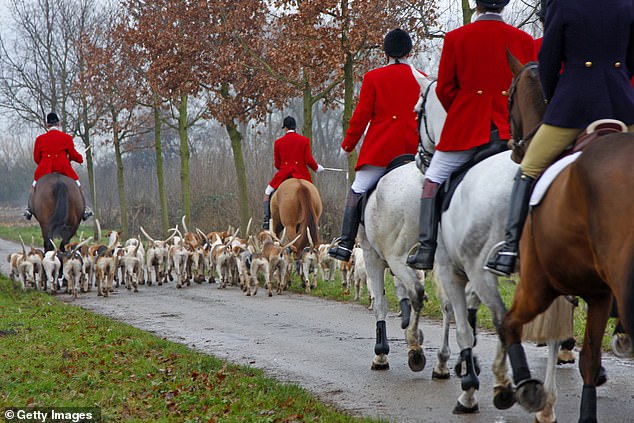 Although hunting wild animals, such as foxes, was banned by the New Labour government in 2004, the MoD continues to allow lawful trail hunting and drag hunting on its land 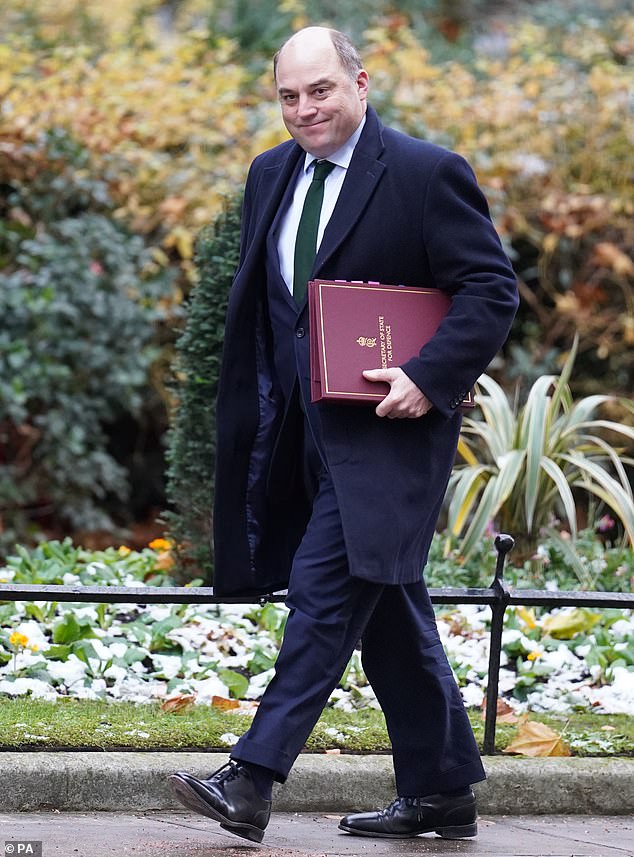 Defence Secretary Ben Wallace wrote to the League Against Cruel Sports (LACS) earlier this month to inform them he was ripping up a long-standing agreement.

In a letter to letter to LACS, seen by ITV News, Mr Wallace wrote: ‘Any memorandum of understanding is built on the foundation of good will and mutual respect which I would expect to be shown to all users of flat lands, whether supporters of the hunt or not.

‘When there are circumstances where this is brought into question, the memorandum of understanding is no longer valid.

‘As such, I am terminating our relationship fortwith.’

In a furious reply to Mr Wallace, LACS chief executive Alan Knott accused the Defence Secretary of acting ‘personally, arbitrarily and without due process’.

‘We do not recognise the attitude or behaviours you allude to in your letter as describing any of the League’s investigators or other staff,’ he added.

‘I reject the implication that I, or any of my staff, are a security risk to the MoD or the users of its estate.’

Mr Knott said LACS had a ‘reasonable belief’ that illegal hunting takes place on MoD land and suggested Mr Wallace was trying to draw a ‘veil of secrecy’ over the activities that take place.

LACS are now urging supporters to email Mr Wallace to demand he end the licensing of hunting on MoD estates.

Chris Luffingham, deputy chief executive at LACS, said: ‘We do not recognise the behaviours he has accused us of while monitoring the hunts.

‘We have always complied fully and diligently with the MoU and have received no prior communication of any apparent concerns from the MoD or Mr Wallace’s office.

‘In contrast, the League has recorded incidents in which MoD licensed hunts have displayed poor behaviour, including one incident earlier in December in which an employed huntsman from the MoD-licensed Royal Artillery Hunt is alleged to have deliberately struck a protester with their car.’ 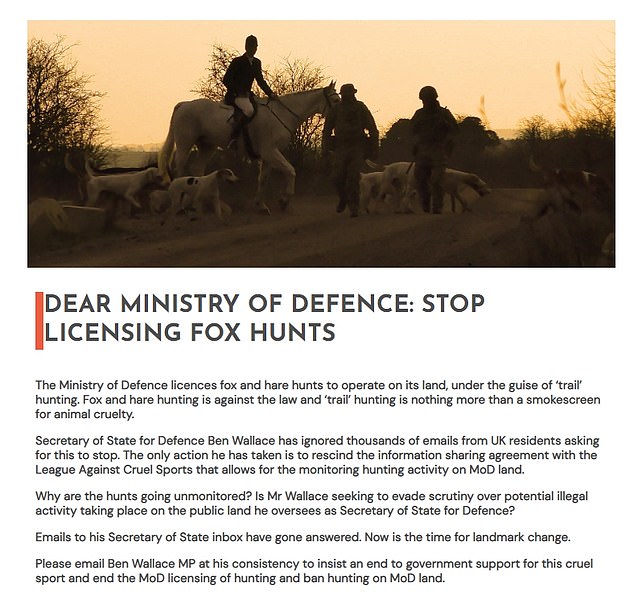 The National Trust no longer issues licences for trail hunting on its land, including the exercising of hounds, and only licences drag hunting.

Drag hunting sees an artificial scent laid along a pre-determined route that leads to specific fences with a known beginning and end.

This allows hounds to be kept away from livestock.

It differs to trail hunting, which is where hounds follow an animal-based scent and their handlers are not meant to know prior to the hunt where the trail has been laid.

Animal rights campaigners claim this allows huntsmen to claim they were unaware if the hounds end up following a live animal scent.

The MoD said: ‘We take our duty of care for all users of the defence estate seriously, to ensure that those who choose to frequent our land for recognised legal pursuits do not encounter intimidation or have their safety compromised.

‘Trail and drag hunting are legal activities and all organisations wishing to trail or drag hunt on defence land must hold an MoD-registered licence and comply with the law.’