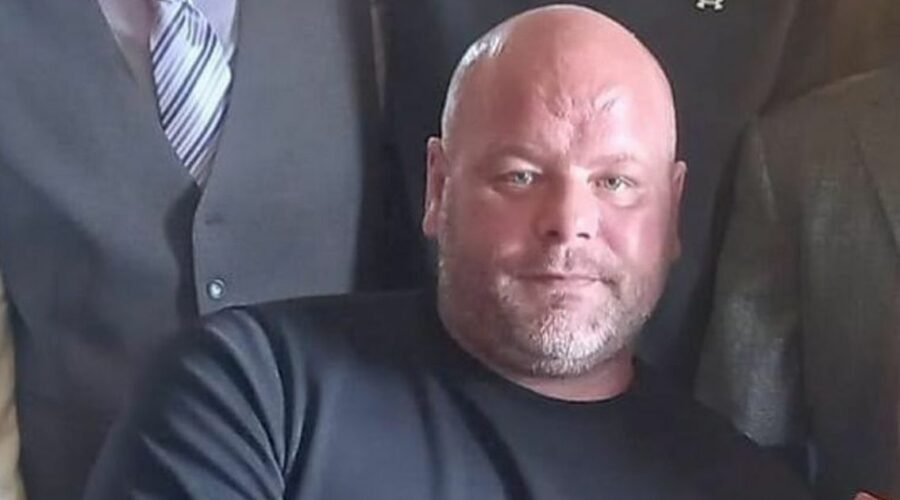 A dad-of-one tragically dropped to the floor and died in front of his family on Christmas Day.

Gareth Blenkins, 40, was spending the day with family in Cottingley, Yorkshire, when the tragedy unfolded.

He had been "laughing and joking" and nipped outside for a cigarette in the evening, but when he returned "he just clutched his chest and fell to the floor and started having a fit," according to cousin Damien Sharpe.

READ MORE: Brit teachers who had affair struck off for helping students in SATs scandal

Damien said: “His brain went for too long without oxygen. Unfortunately, he didn’t come round from it.”

Gareth leaves behind a 15-year-old son who he “lived for”, says Damien. The devastated cousin spoke of how much of a “loving” father the painter and decorator was.

Damien said: “He was strong, he’d do anything for anybody, very protective. Sometimes he’d be quite shy but if he noticed you were sad, he’d always say ‘Do you need a Blenkins cuddle?’ I’ll never forget those words.”

Damien, 42, says Gareth was like a little a brother to him as they were raised together. He added that he was a big fan of Leeds United and Leeds Rhinos and he’d just celebrated his 40th birthday with his friends in Malaga only last month.

Damien, who works as a lorry driver, has launched a GoFundMe appeal to help raise money for Gareth’s funeral. Damien says Gareth had put all his money towards his son and hadn’t prepared any life insurance or any means to pay for a funeral.

He said: “I know he was loved and I know he touched a lot of people’s hearts. I just want to help the family out – especially with this happening over Christmas. Nobody expected this to happen.”

The fundraiser can be accessed here.