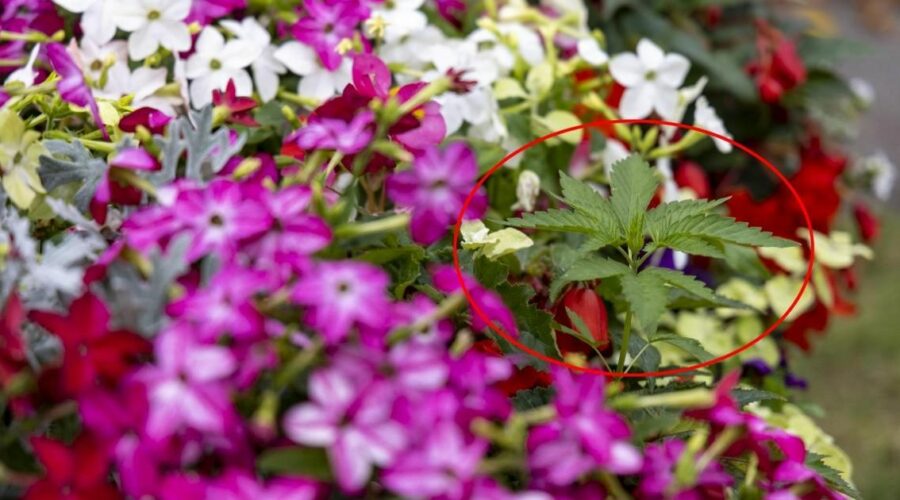 A parish council is in the doghouse after cannabis plants were found growing in a roadside planter after they’d bragged about it on social media.

The local council of the beautiful village of West Parley, Dorset had introduced the communal floral display to add some life to the area.

But it wasn’t long before a prankster decided to make different use of the six-foot planter by spreading in a few illegal cannabis seeds.

Hilariously the hardy plants soon towered over the rest of the display leading locals to catch wind of the joke.

Concerned onlooker Tray Veronica detailed how she had spotted the growths.

She explained: “I was driving to drop my daughter off and as I drove down New Road I saw the planter, being a gardener I always notice things like that.

“But as I looked over I thought 'oh my God, is that what I think it is?

“I counted six plants. Some of them were so big they towered above the traditional bedding plants. They were thriving in the planter.”

Tray reported the alien species to West Parley Parish Council who were quick to deny that cannabis had ever been on the agreed budding list.

The plants were then quickly pulled up and collected for the police.

But unfortunately for the local bureaucrats, they forgot to remove a picture from their social media that shows the plants in all their glory.

In the photo they bragged: “The floral displays around the village are looking lovely and thanks go to the team of volunteers who tend and water them, especially in this hot spell.

“We hope you enjoy the splashes of colour around the village.”

Despite the embarrassment though, Tray thinks the council should be commended on a good job well done.

She continued: “I was laughing all the way home. I hope the council can see the funny side.

“It is worth adding that all the planters around the village do look beautiful, they've done a great job.”

A West Parley Parish Council spokesperson said has since blamed the incident on pranksters.

They said: “On 20th July, the parish council was alerted to a report concerning one of the village's floral displays, which suggested it may have been tampered with and amongst the flowers was a plant not part of this year's schedule.

“On the advice of the police, the plant was located, removed and has been secured by the parish council and arrangements are being made to pass it on to Dorset Police for identification and destruction.

“An inspection has taken place of all the parish's other planters, and this has not raised any further concerns.”