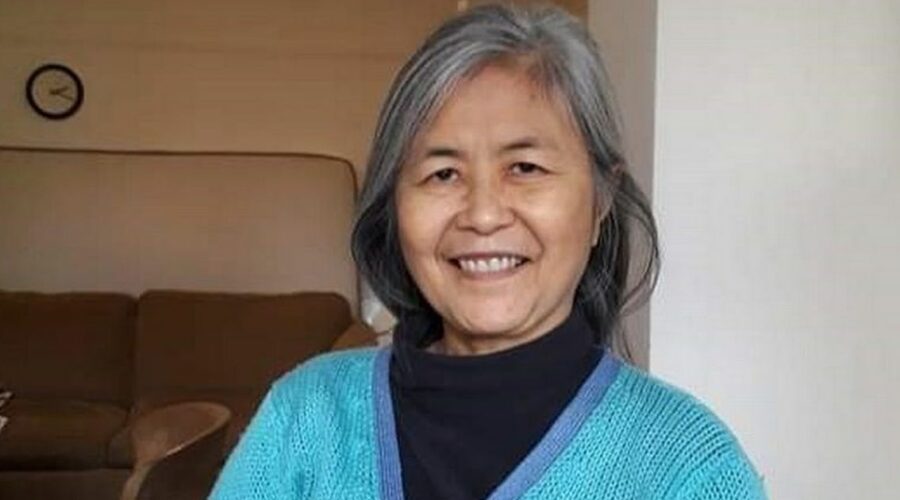 A woman is alleged to have beheaded a devout Christian, stuffed her headless corpse into a suitcase and drove it over 200 miles away in an attempt to inherit her estate, the Old Bailey was told.

However, Ms Chong is said to have changed her mind about the cash gift.

Ms Chong suffered a skull break “suggestive of an impact with a hard implement or weapon”, the prosecution told the court.

Jurors were told that Mitchell allegedly embarked on a 500-mile round trip to Salcombe, Devon and back on June 26, taking Ms Chong's decapitated body stuffed in the suitcase.

They were also shown photos of the clothed body and head that were found about 10 metres apart in woods in Salcombe.

The prosecution alleged that Mitchell drove to Devon with the body.

The prosecution claim Mitchell forged a will in order to inherit Ms Chong's wealth, a claim she denies.

Prosecutor Ms Heer claimed the fake will was discovered in Mitchell's home, whereas the genuine will was found at the victim's home in Wembley, London.

Ms Heer told the court Mitchell was caught on camera leaving Ms Chong's home at 1.13pm on June 11 with a suitcase that appeared to be “a lot heavier” than when she arrived.

The court heard she was allegedly pulling another suitcase, belonging to Ms Chong, which held paperwork relating to her finances.

The prosecution also told the court that Mitchell told Ms Chong's lodger “she was going to stay with family friends for a year to clear her head… somewhere close to the ocean” after he raised the fact she was missing.

She was allegedly caught on CCTV stowing the large blue suitcase in the boot of a rented Volvo before heading for the South West, the prosecution claims.

The court heard that CCTV at a garage in Marlborough, Wiltshire showed the front passenger side tyre was “shredded” and the car almost collided with a forecourt display.

The prosecution alleges that Mitchell borrowed a customer's phone to call a repairman who opened a back door and noticed an “unusual smell… which he had never smelled before and could not describe”.

The repairman noticed luggage but not a blue suitcase, which the prosecution said was removed beforehand.

Later that evening the car was seen on CCTV near the spot where the body was dumped, jurors heard.

Mitchell arrived back at her London home shortly before 7am the next day with the blue suitcase, the prosecution claimed.

Inside her bag was a piece of orange rope similar to a piece later found at the defendant’s home, the prosecution claimed.

When she was arrested last July 6, Mitchell told police: “I know that she has gone away.”