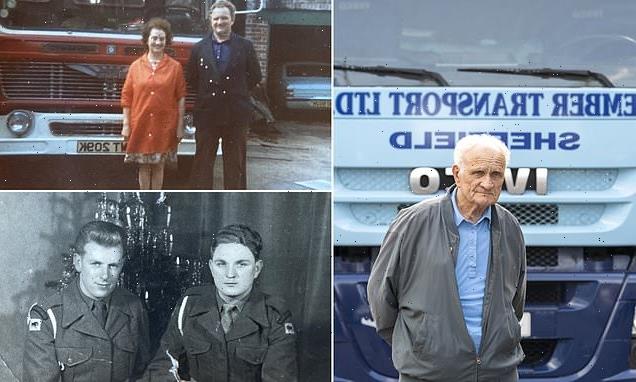 In it for the long haul! Britain’s oldest lorry driver, 90, is set to carry on for another year after passing annual health inspection

A 90-year-old lorry driver thought to be the world’s oldest trucker is set to carry on for another year after passing an annual health inspection.

Brian Wilson, from Sheffield, started his career as a lorry driver in 1953, when he began delivering petrol for Esso.

Seventy years later, the father-of-four still wakes up at 4am for his 12-hour shifts delivering to various locations across Britain including Rochdale, Birmingham and Newcastle.

Just like his lorry, Mr Wilson requires a full health check up from his doctor each year which allows him to drive on the roads. 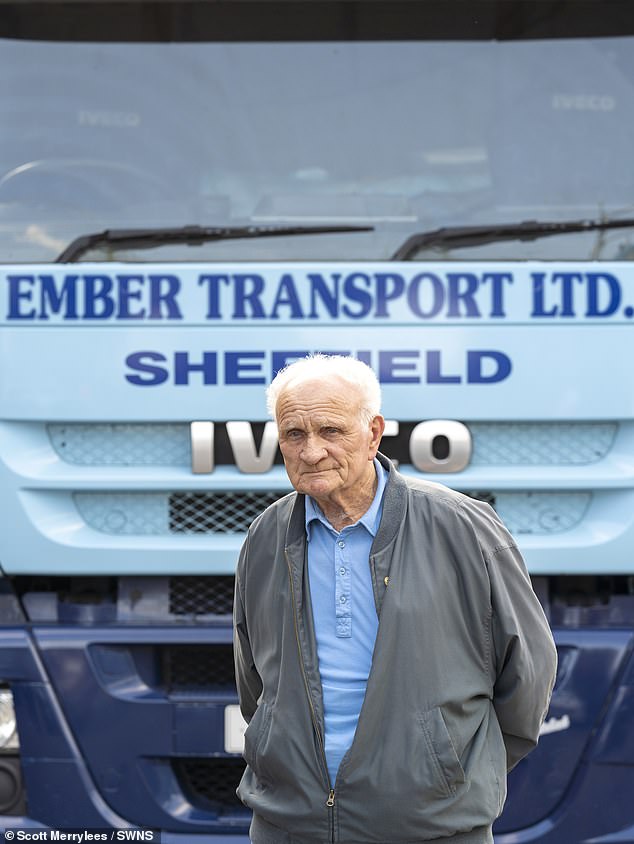 Brian Wilson, a 90-year-old lorry driver thought to be the world’s oldest trucker is set to carry on for another year after passing an annual health inspection 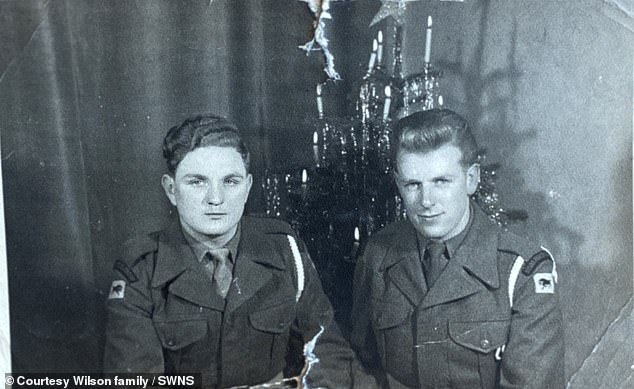 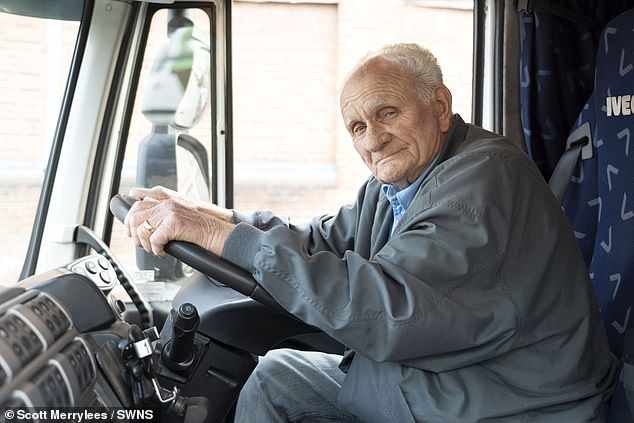 Despite driving for over 70 years, Mr Wilson is considering retiring next year and has plans to go to Thailand with his wife Mavis, 89, who he met when he was 15 at a fairground

And after he passed his annual inspection, Mr Wilson says he’s glad he doesn’t have to put the brakes on his career just yet.

He said: ‘Well if I feel fit enough, then I’m going to carry on even though I’m at a big age. I have to go every year and I’m glad I passed it.’

Before working for Esso, Mr Wilson started driving armoured trucks during his national service in 1950, when he was stationed in Germany.

He eventually took the firm over when his father passed away in the 1970s, and has ran it ever since.

Mr Wilson has racked up millions of miles over the years, but now keeps to ‘short trips’ – of around 150 miles.

He said: ‘It all depends on how busy I am but I’ve been busy this week.

‘I’ve been working every day and I’ll probably be working more than 40 hours this week.

‘Tomorrow I’ll be working about 12 hours as I’ll be leaving for Birmingham at about 5am and then it will be 5pm when I get back but now I’m just used to it.

‘I work for myself and I wouldn’t be doing it if I was working for someone else.

‘I’m that used to doing the job, that I’ve just carried on.’ 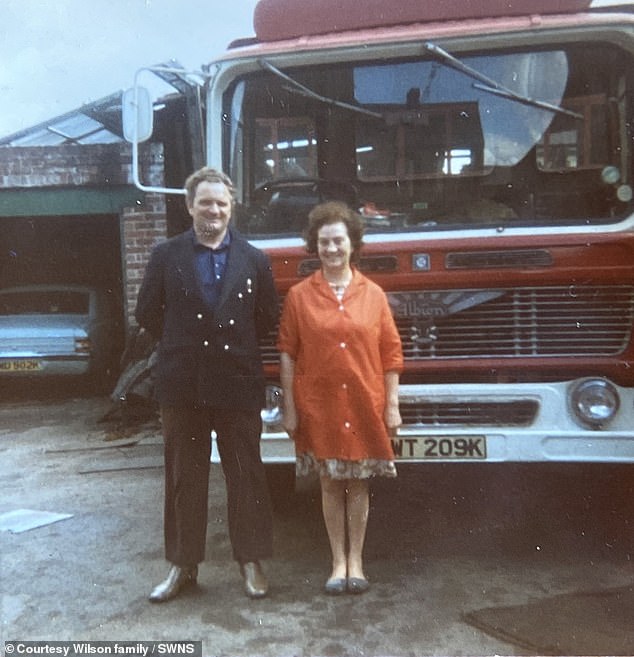 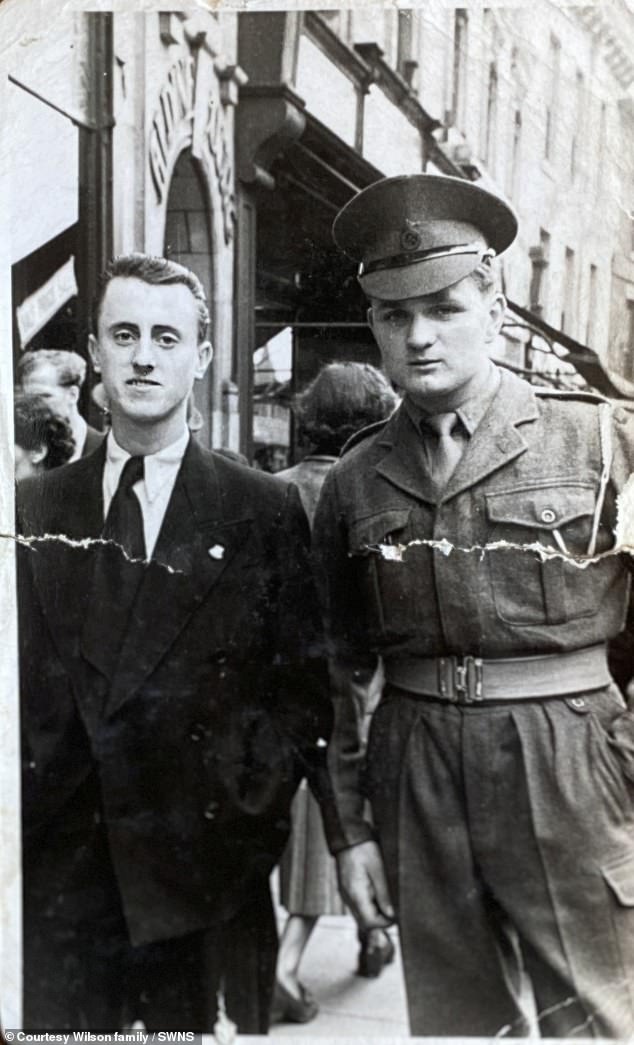 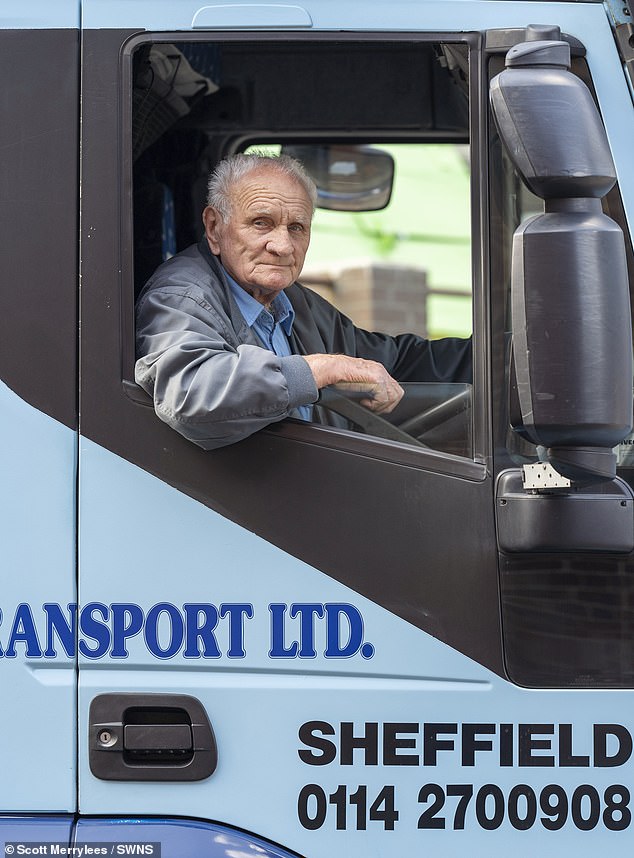 Brian Wilson in his lorry, which he does trips of no longer than 150 miles for his company in 12-hour shifts

Despite driving for over 70 years, Mr Wilson is considering retiring next year and has plans to go to Thailand with his wife Mavis, 89, who he met when he was 15 at a fairground.

Mr Wilson said: ‘I might retire next year but I don’t know as it all depends how my wife is, as she is 90 next.

‘But when I do retire, I want to go to Thailand for a couple of months because one of my lads lives in Thailand.

‘He has his own business over there and has been there for about 15 years.

‘We’ve been about six times but we’ve not been for the past five years because of Covid, we’ve actually not been anywhere because of it.’

The couple married six years after they first met and Mavis, who Mr Wilson says retired ‘years ago’, has encouraged him to keep on working.

He said: ‘She tells me to carry on while I still feel fit enough.

‘Plus because of all the gas and electric bills going up, I need to keep working.’

Amazingly, Mr Wilson has never had an accident in all his decades of driving and the longest he has taken time off work was seven weeks when he broke his foot aged 40.

According to Guinness World Records, the oldest male HGV licence-holder is the UK’s Jack Fisher, at 88 years and four days, as of January 2021.

Mr Wilson has been urged for years to make his own claim on the record by submitting proof of age and occupation, but has yet to do so, the BBC reports.

11/01/2023 World News Comments Off on Britain's oldest lorry driver, 90, is set to carry on for another year
Markets