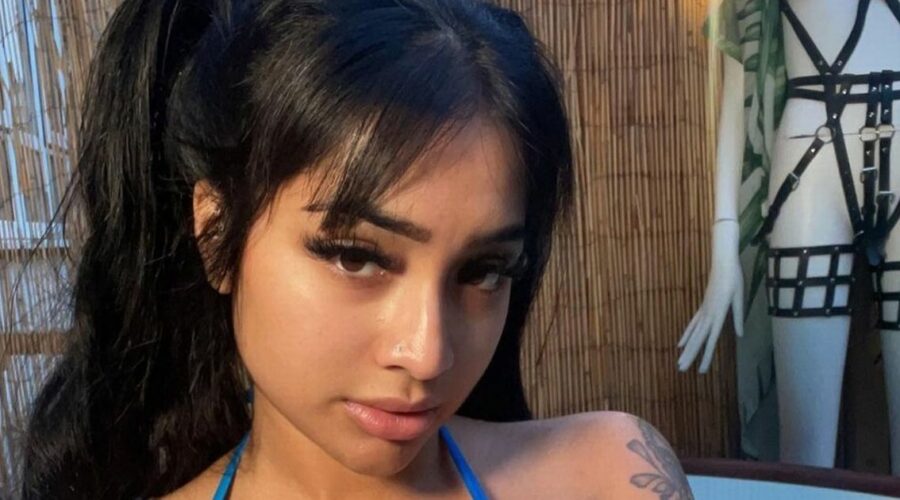 Britain's top Bengali OnlyFans star has hit out at trolls “p***ing” her off by creating fake accounts.

Yasmina Khan is known to most Daily Star readers for two reasons – being the adult star who farts in jars for £250,000 per year, or for having a sex dream about Prime Minister Rishi Sunak two weeks before he took the top job.

READ MORE: UK weather map shows brutal storm heading towards nation and where it will hit

And with the fame comes downsides – one of which is people creating fake accounts in bizarre attempts to try and capitalise on her success.

Yasmina, who is also close pals with fellow-Daily Star favourite Elle Brooke, took to Twitter to vent about the issue – while also looking at the positive side of it.

She wrote: “I have sooooo many fake accounts of me, it’s really starting to p*** me off.

“But then it makes me feel sexy at the same time cos it means I must be attractive.”

She ended her tweet with the laughing crying emoji.

Her army of more than 358,000 followers on the social media site agreed with her.

One wrote: “That's a compliment right, sucks people are using your content though!”

And a second posted: “You know you have made it when people make fake accounts of you…….so it’s a complement really.

“I was surprised talking to a mate of mine randomly and he actually mentioned if I’d heard of you.”
Fellow adult star Paige Hanna Fox echoed the calls and labelled Yasmina as a “glass half full” person.

Recently, Yasmina told the Daily Star about how she went viral aged just 17.

Khan was still a teenager when she posted on social media a picture of herself waving goodbye while sitting inside a car.

This was one of the first massively viral tweets on the platform, racking up thousands of retweets and likes.

It is still referenced today as one of the most infamous tweets on the site.

Speaking exclusively about it to the Daily Star, Yasmina recalled: “I went viral, and I still have people messaging me about it.

“I was around 17 at the time – it was an absolute joke and didn't happen, obviously.

“I was on LadBible, and I still get people asking me and calling me a 'f***ing icon'.

“So, when I started doing OnlyFans, I was quite lucky because I had around 10,000 followers on Twitter because of it.

“I was promoting stuff on there, and it gave me a kickstart.