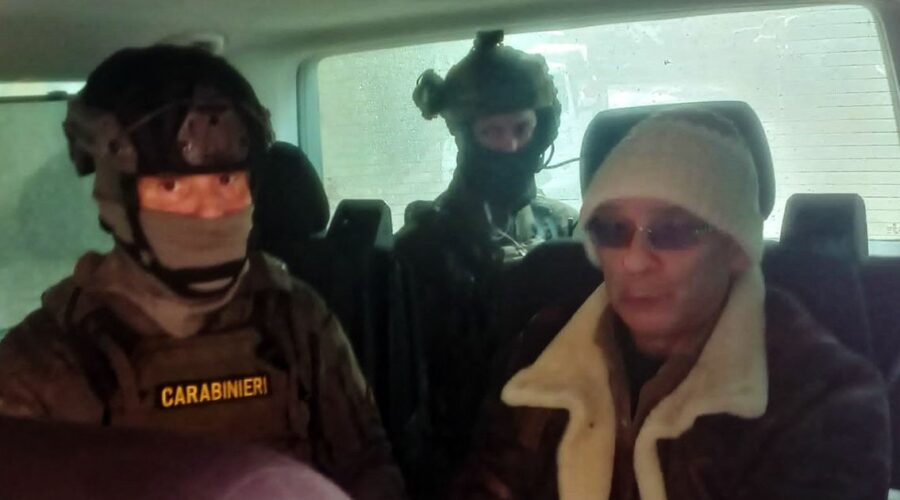 The most wanted mafia boss in the world has finally been snared after a trail of bloodshed that began with his first murder aged 18.

Matteo Messina Denaro's merciless tactics allowed him to become the undisputed "boss of all bosses" and the number one target for law enforcement, who he managed to evade during a 30-year manhunt.

In the course of decades of brutality, which included dissolving a child in acid and a destructive bombing campaign, he is estimated to killed at least 50 people.

He once chillingly boasted: "I filled a cemetery all by myself."

The 60-year-old's reign of terror is now over, however, after a manhunt ended with his arrest on Monday, January 16, by a special unit of anti-terrorism Italian law enforcement, the Raggruppamento Operative Speciale.

The crime boss, nicknamed Diabolik after the ruthless master thief comic book character, is the leading figure in Cosa Nostra (Our Thing in English), the real-life Sicilian crime syndicate depicted in the Godfather trilogy.

The notorious womaniser was able to life a playboy lifestyle with supercars and gorgeous women, funded by by his expansive criminal operations and notorious brutality.

One of his most grisly crimes he was convicted of is the murder of a Mafia turncoat’s young child, who was strangled before his body was dissolved in a vat of acid.

Denaro was also behind a grim bombing campaign in the early 1990s, a string of attacks and tense threats that saw heavy mafia retaliation against strict prison regimes on Sicillian mafia member Salvatore Riina.

The crime boss is thought to have been responsible for a string of 1993 bombings in Rome, Florence and Milan that killed 10 people and injured many more.

Denaro headed to Greece with his lover Maria Mesi, and in 2002 was sentenced to life imprisonment in his absence for his role in the 1993 bombings.

Denaro picked up his nickname Diabolik shortly after emerging on the Sicillian crime scene.

Diabolik, whose comic book escapades were adapted into a Mario Bava movie in the late 1960s, depicted an Italian thief that was to be reckoned with, and Denaro appears to have taken to the name. Over the decades, Italian investigators often came close to catching Denaro by monitoring those closest to him – but he always managed to evade them, until now.

The crime boss was arrested at a clinic, where he was receiving treatment, at 9am UK time. The operation reportedly involved up to 100 members of the armed forces.

Video showed people standing in the street and applauding Italian police as Denaro was led away by Carabinieri to a secret location.

Italy's Interior Minister Matteo Piantedosi lauded the capture of "an extremely dangerous fugitive" as "an extraordinary day for the state".

Investigators spent decades searching homes and businesses of Denaro's known allies on the island and he was branded the "most significant mafia boss" by Italy's Prime Minister Giorgia Meloni.