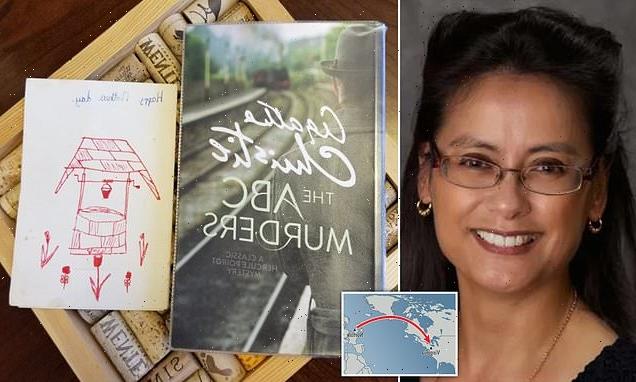 It’s a real life mystery! US blogger who probes unsolved murders is desperate to reunite a UK mom with her Mother’s Day Card after she found it tucked inside an Agatha Christie novel she bought online from Norfolk in Britain

An American blogger who researches unsolved murders found a Mother’s Day card from a former library book by Agatha Christie and is trying to track down its intended recipient more than 4,000 miles away.

When Alice de Sturler bought a copy of The ABC Murders by the famed crime novelist online, she noticed that it used to be owned by the Norfolk Library in Britain.

But when it arrived to Virginia in the mail, a Mother’s Day card fell out.

It read says ‘Happy Mother’s Day’ on the front, with ‘To mum, love from Kit xxxx’ written in child-like handwriting inside. 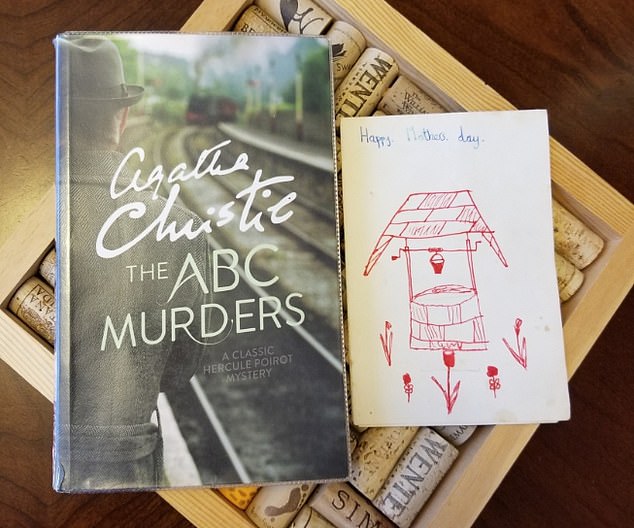 A murder-mystery researcher who found a Mother’s Day card in an Agatha Christie book she bought online is trying to track down its intended recipient more than 4,000 miles away 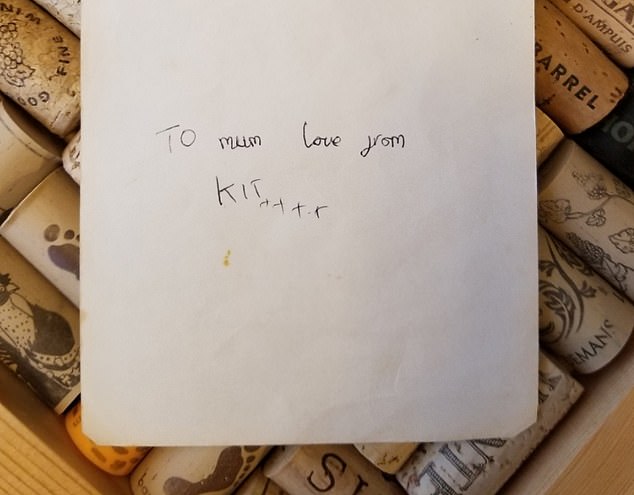 ‘To mum, love from Kit xxxx’ appears inside the card, written in child-like handwriting inside. The card also has a hand-drawn picture of a red well surrounded by five red flowers 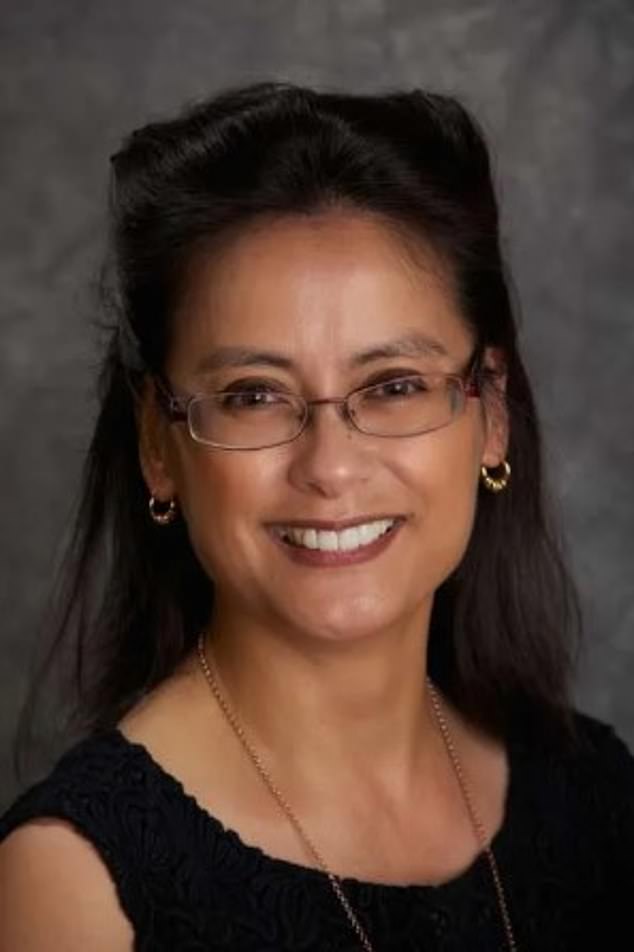 Alice de Sturler is a Virginia-based blogger who researches unsolved murders online. ‘I am a sentimental journey kind of person who says, “I need to find mom”,’ she said 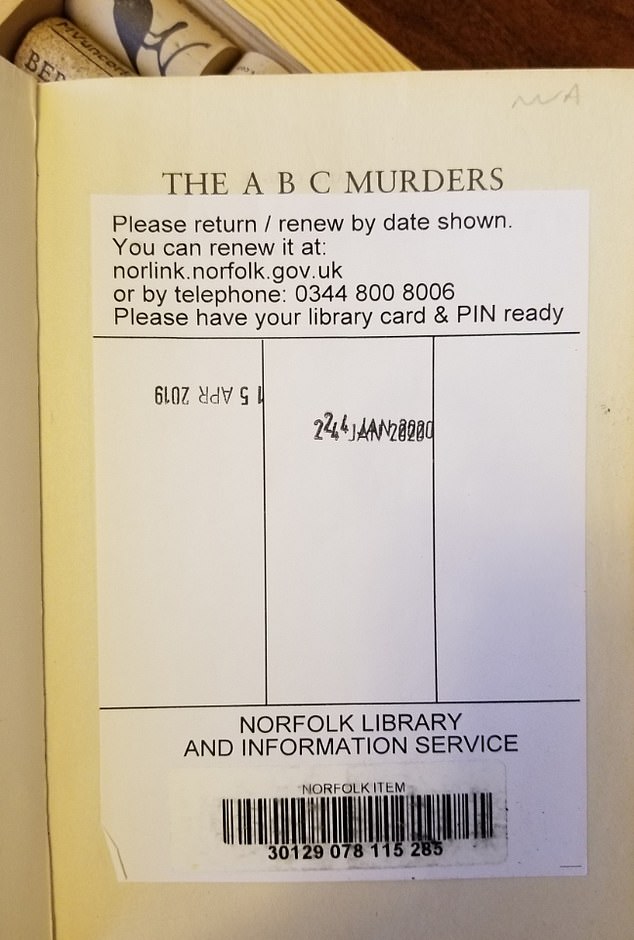 Someone took out the book on 24 January 2020, according to a library stamp inside the cover 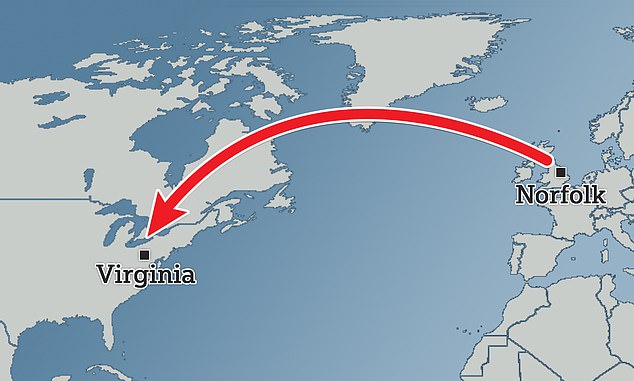 The distance between Norfolk, where the library book is from, and Virginia, where the Mother’s Day card ended up. The blogger says she is determined to find the mother

Were you the intended recipient of the Mother’s Day card?

The card also has a hand-drawn picture of a red well surrounded by five red flowers.

‘I would really love for mum to have it back,’ she said, adding: ‘It’s lovely. It was probably used as a bookmark and by accident it was stuck in the book.’

‘If it was from my child I would want it back. I buy a lot of books online and former library books and when I opened this one, I saw it was from Norfolk.’

The paperback seems to have belonged to the Norfolk Library Service, most likely sitting on a shelf in a library in Norwich.

Someone last took out the book on 24 January 2020, according to a library stamp behind its cover.

Ms de Sturler decided to contact the BBC, trying to track down the mother who the card was intended for.

‘I am a sentimental journey kind of person who says, “I need to find mom”,’ she said.

A Norfolk County Council spokesperson said: ‘We sell books that are no longer required and in this instance it has provided an extra layer of mystery.

‘We would encourage people to ensure no personal items are left in books returned to a library, but we hope that the owner of the card is found.’ 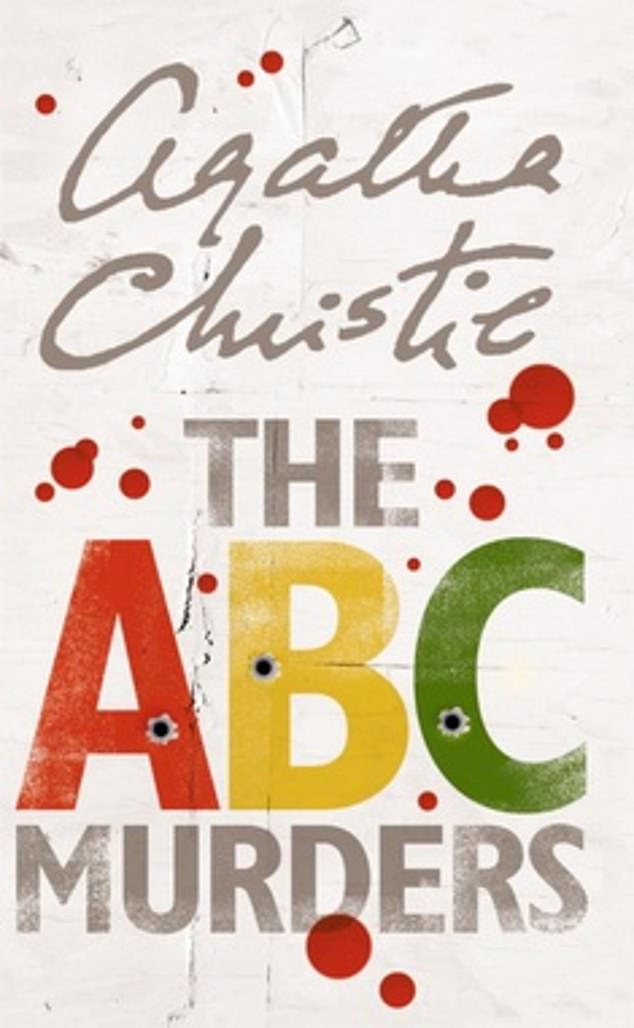 The ABC Murders tells about the adventure of Hercule Poirot, a private detective, in solving a serial murder case

His friend Captain Hastings accompanies him on the tale. The story starts when Poirot shows a letter from the murderer to Hastings.

The killer, who goes by multiple names, challenge Poirot to stop him, leading the protagonists on a wild chase.

The murders appear to follow an alphabetical order, and Poirot begins to formulate a motive.