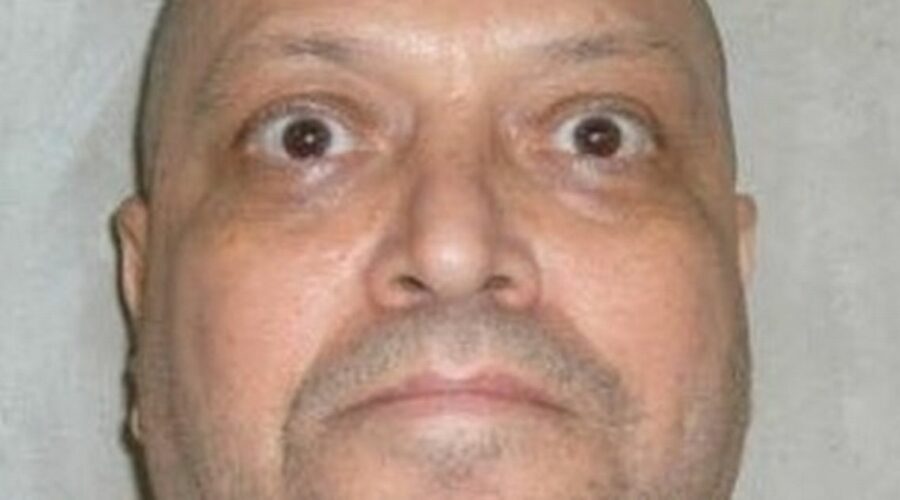 An evil Death Row child killer had his plea to be spared rejected and now faces execution next month.

Richard Fairchild beat his girlfriend's three-year-old son, Adam Broomhall, to death in 1993 as a punishment after the child wet the bed and was sentenced to death as a result.

Fairchild is now set to be put to death on November 17 of this year – the date of his 63rd birthday – after his request for clemency was turned down by the Oklahoma Pardon and Parole Board yesterday (Wednesday, October 12), voting 4-1 to uphold the sentence.

READ MORE: Nurse accused of 7 baby murders wrote 'I am evil, I did this' on post-it note, jury told

"Fairchild, a former amateur boxer, beat, burned, and threw Adam into the side of a table, silencing his cries forever."

The day of the killing, Fairchild had reportedly spent the day with Adam's mother, according to court records.

Adam woke up crying in the night at the home in Del City, Oklahoma, where the crime took place, after having reportedly wet the bed.

Fairchild then began to beat the boy and later burned both sides of his body by pressing him against a furnace.

O'Connor added that Adam's aunt, 17, had also been at the home taking care of Adam but had been driven out as a result of repeated sexual assaults.

"Had she been able to stay, Adam would have had a loving caregiver and would likely not have been murdered that night.

"The medical examiner determined that Adam suffered four to six blows on the front of his head. He also suffered very painful second-degree burns."

The basis for Fairchild's plea was that he was abused as a child, suffers from mental illness, and regretted what he had done.

“As Richard Fairchild’s brain has deteriorated, he has descended into psychosis," defence attorney Emma Rolls said in a statement.

“Yet despite having lost touch with reality, Richard remains remorseful for his crime and continues to have an unblemished prison record."

However the state nevertheless chose not to grant the criminal clemency and stated that it had made the "right decision."

“The Board’s decision to deny Fairchild’s request for executive clemency was the right decision. Our thoughts and prayers are with Adam’s family," O'Connor wrote.

"Ultimately, an Oklahoma jury decided death was the just and appropriate punishment for the horrific murder of Adam. The conviction and sentence were affirmed after years of thorough reviews by the appellate courts."