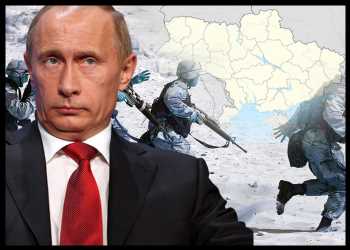 The United States has imposed a fresh round of sanction targeting the perpetrators of Russia’s ongoing war against Ukraine.

The Department of State is imposing sanctions on key Russia-installed authority figures in Ukrainian territories currently controlled by the Russian military, and on 31 defense, technology, and electronics entities, to further constrain Russia’s advanced technology industries and their contribution to Russia’s defense industrial base.

22 Russian proxy officials, including five that have overseen the seizure or theft of hundreds of thousands of tons of Ukrainian grain, are among the targeted.

The Department of the Treasury’s Office of Foreign Assent Control (OFAC) is designating two entities and 22 individuals. They include those connected to human rights abuse, such as Maria Lvova-Belova who has led Russia’s efforts to deport tens of thousands of Ukrainian children.

Washington also targeted Ramzan Akhmatovich Kadyrov, the leader of Russia’s Republic of Chechnya, and his three wives and three daughters. A brutal warlord, he has mobilized Chechens to fight in Ukraine, and was promoted to the rank of “lieutenant-general” for his role in Russia’s further invasion of Ukraine.

OFAC is also targeting leaders of key financial institutions such as Russia’s National Payment Card System (NSPK), an entity owned by the Central Bank of Russia that operates the country’s Mir payment card network, and other institutions that play a role in Russia’s financial market infrastructure.

The Department of Commerce is expanding export controls against Russia and Belarus by adding controls on items potentially useful for Russia’s chemical and biological weapons production capabilities and items needed for advanced manufacturing, production and development capabilities.