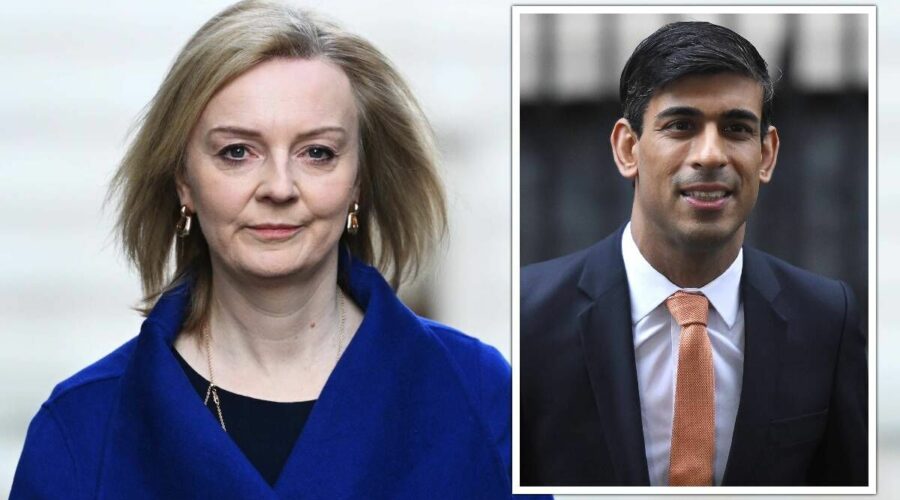 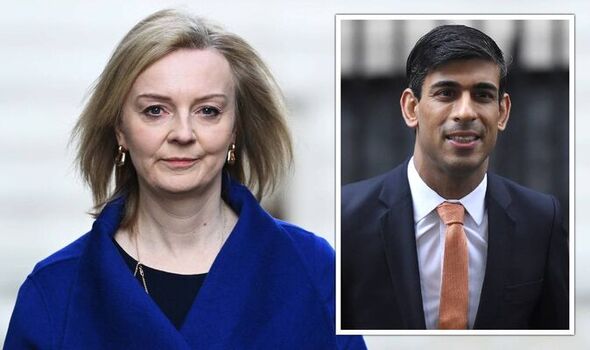 Boris Johnson loyalists Jacob Rees-Mogg and Nadine Dorries praised the Foreign Secretary as a “proper” Conservative in a statement before today’s first knockout round.

Signs of deepening bitterness in the race for the party crown were highlighted by Mr Rees-Mogg condemning the “socialist” tax levels left by the former Chancellor.

And Culture Secretary Ms Dorries hit out at the Sunak camp, saying they were involved in “dirty tricks, a stitch-up…dark arts. Take your pick”.

MPs will cast votes for their favoured candidate today in a secret ballot, with the least supported dropping out before the second round tomorrow, along with any getting fewer than 30 votes.

And in another dramatic development, Priti Patel announced she was not entering the race. Earlier, Transport Secretary Grant Shapps withdrew to back Mr Sunak. 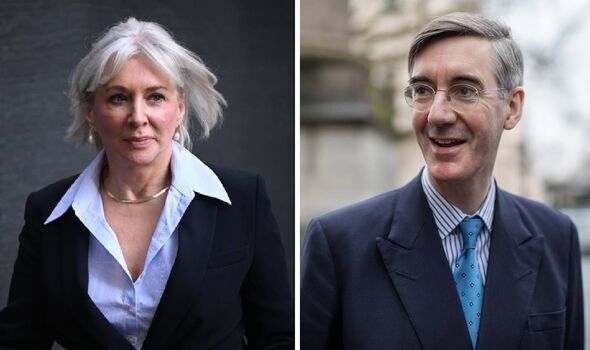 Ms Truss last night set out her policy plans, saying: “We cannot afford to be putting up tax. We need to reduce it and create investment opportunities and growth.

“We must reverse the National Insurance increase, get growth going, and start the delivery of the benefits of Brexit by talking up Britain and the benefits of doing business here.

“We need to be bolder and make some tough decisions, taking on the unions and being tough on public sector pay.

“People in the North were fed up with Labour and wanted opportunities, which is why Boris in 2019 won an 80-seat majority.

“We must unleash opportunities after the massive economic hit from Covid…treat massive £300billion expenditure as war debt to be paid back over the longer term, which would free up space to lower taxes and bring forward economic reforms.” 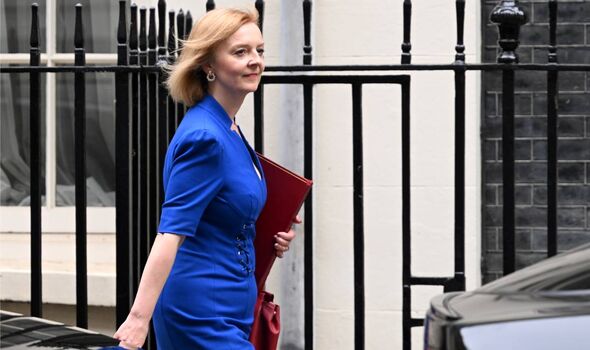 Ms Truss said she wants to “open up Britain for investment” plus introduce low tax zones in Red Wall seats and a moratorium on the green levy.

She also plans to reduce bureaucratic red tape and free business chiefs to expand while helping families. Ms Truss added: “We need to get rid of all the EU rules. I did 70 global deals, which opened up investment for Britain across the world.

“We cannot hold ourselves back by long-term issues. Growth in Britain has been anaemic over the last 20 years. There are problems we need to fix and now. ”

Claims of dirty tricks intensified with speculation former Chief Whip Gavin Willamson had organised for some of Mr Sunak’s supporters to back Mr Hunt to get him over the threshold.

Ms Dorries said on Twitter: “This is dirty tricks, a stitch-up…dark arts. Take your pick. Team Rishi want the candidate they know they can definitely beat in the final two and that is Jeremy Hunt.” Mr Rees-Mogg said: “Liz has rejected the path that Rishi Sunak wanted to take us on.

“She opposed his breaking of our manifesto promise with the National Insurance hike when the British people had barely recovered from the shock of the pandemic.

“She opposed his raising the tax burden to the highest since the socialism of 1950s Labour. While the economy was at its most fragile, she opposed his 30 per cent rise in corporation tax, which will deter investment and economic growth when we need it most.

“Sunak has squandered the Conservative Party’s decade-long effort to build a competitive tax regime and it will be the French and the Americans who will benefit, instead of the British people.

“With Liz Truss as Prime Minister, we will have the best chance to undo these errors and right Britain’s course.”

Mr Rees-Mogg said many MPs had faced “anger” from constituents over the way the Prime Minister was treated.

He accused Mr Sunak of plotting his leadership campaign for months and said the speedy timetable set by the party for finding a new leader meant “haste favours the disloyal”. The Brexit Opportunities Minister continued his attack by claiming “those who have been disloyal to the Prime Minister” have had time to set up their campaigns.

He added: “Those who have undermined the Prime Minister, sometimes by running – dare I say it – a not very successful economic policy, have had six months or more when they have been cogitating, mulling, considering their next steps.”

Mr Rees-Mogg and Ms Dorries relished Ms Truss’ low-tax agenda and patriotic vision for the country. And they said, despite voting Remain in 2016, she was a “stronger Brexiteer than either of us”.

Ms Dorries added: “She has consistently argued for low-tax policies and I’m particularly concerned about the 14 million people who voted for a manifesto and voted for a Government that the candidate that we select, it’s Liz who I’m going to back, will continue with those manifesto policies and will continue to deliver for the Government and the Party moving forward.”

Mr Rees-Mogg added of Ms Truss: “She has been my strongest supporter in the Cabinet in getting Brexit opportunities.

“When we discussed taxation, Liz was always opposed to Rishi’s higher taxes. That, again, is proper Conservatism. I think she’s got the character to lead the nation.”

When asked if Ms Truss was the “stop Rishi” candidate, Mr Rees-Mogg replied: “Liz Truss is the best candidate.”

A poll by Opinium yesterday indicated in a straight run off vote among Tory MPs Mr Sunak would get a 37 per cent share of support and Ms Truss 33 per cent.

Meanwhile, Michael Gove denied being a “snake” and claimed he was “just a regular guy” after allies of the Prime Minister compared him to the reptile.

He blew up Mr Johnson’s 2016 leadership bid and then stood in the contest himself.

The Prime Minister sacked him from the Cabinet in the final hours of the ministerial revolt he faced last week. Sir Graham Brady, Chairman of the 1992 Committee, announced the first round of MP voting will take place today from 1.30pm and 3.30pm.

The results will be announced later. All candidates who receive fewer than 30 votes in the first round will be eliminated.

There will be several rounds of voting, with the hopefuls with the fewest number of votes being eliminated each round

The final two candidates will contest a vote among the 200,000 Conservative Party members. The winner will be announced on September 5 and enter No 10 the next day.