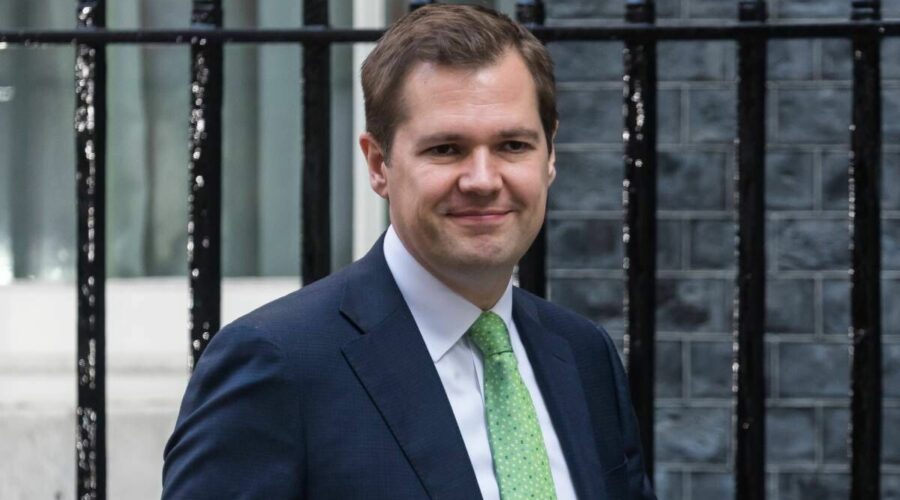 The next Prime Minister must tackle the economic crisis engulfing the country as well as reassuring the money markets after weeks of turmoil. The new leader is likely to have to sanction cuts to public spending to fill the £40billion black hole in the nation’s finances caused by last month’s fated mini-Budget.

The Government is also coming under intense pressure amid fears the NHS is facing an horrific winter – with ambulance waiting times rocketing and concerns that hospitals could be overwhelmed.

The cost-of-living crisis has seen household finances squeezed, with many people now worrying about how they will pay their mortgages, eat, or heat their homes.

And the winner of next week’s fresh leadership face-off will face a hugely contentious row over whether to link benefits to inflation – at a 40-year high of 10.1 per cent – as the Government has done with pensions.

Health minister Robert Jenrick said: “This isn’t an ordinary leadership contest. It’s more extraordinary than the one we had in the summer.

“If we get this wrong, the country will face a very serious period of further instability and the Conservative Party will lose the next general election, potentially cease to exist.”

Andy Street, the Tory Mayor of the West Midlands, said: “The party has one last chance to pull itself together, unite behind a new leader and deliver what it was elected to do.”

He added: “This is a complete mess, and I know people feel utterly let down at a time when they face immense pressures in their daily lives. We are all crying out for strong and consistent leadership, and I dearly hope we do get it.”

Other Tory MPs cautioned that the country is facing an “urgent situation” with rocketing energy bills.

Tim Loughton, a former minister, said he wanted Rishi Sunak, Penny Mordaunt, Jeremy Hunt and Ben Wallace – describing them as the four “big beasts” in the party – to form an alliance and agree who should be Prime Minister.

He added: “People need to park all those egos. They need to put aside all the baggage and all the prejudices they might have had about certain candidates in the past.

“This is a really urgent situation, urgent for the Conservative Party, for Parliament, and most importantly for the country.

“We need to have a united and talented Cabinet of grown-ups who come together and get us back on course.”

Defence Secretary Ben Wallace has received plaudits for his leadership in supporting Ukraine during the war with Russia.

Mr Sunak and Mr Hunt are seen as credible economic figures within the Tory Party.

Scottish Secretary Alister Jack said the next Tory leader must be someone “we can all get behind”.

He added: “The Government has acted swiftly to support families and businesses, to help people through the winter, in the face of very significant global challenges.

“There is much more to be done and we need to unite and continue to deliver for people.”

The economic crisis, with soaring interest rates and the urgent requirement to cut spending, will require No 10 to make huge financial decisions that will have an impact for decades to come.

Robert Halfon, one of the Ms Truss’s fiercest critics in recent days, apologised to his constituents in Harlow, Essex, for the chaos of the past few weeks.

He said: “I recognise this has been a worrying time for everyone and that this will be the last chance for the Government. Whoever becomes leader must work to win back the trust of the public.”

Jason McCartney, Tory MP for Colne Valley in West Yorkshire, said: “We need calm and stability now as we tackle the economic challenges facing the world and as the terrible war in Ukraine rages on.

“I want a positive, compassionate Conservative leader who looks after the most vulnerable in our society and gives everyone the chance to succeed in life.

“Labour’s Keir Starmer has no answers and keeps flip-flopping.” Another issue Tory MPs are furious over is the Home Office’s failure to end the small boats crisis.

More than 37,500 migrants have crossed the Channel to the UK, according to provisional Government figures.

Closely linked to this is the Government’s bid to deport illegal migrants to Rwanda, a key plank of the Home Office’s bid to cut illegal migration to the UK.

The next PM will face legal battles with migration campaigners. Downing Street appears to have thrown this key pledge of the Conservative Party’s 2019 manifesto into chaos by now refusing to commit to reducing net migration.

Tory MP Scott Benton said the resignation of Suella Braverman as home secretary was “a tremendous loss to those of us who hope that one day, just one day, this Government might finally get a grip of the small boats crisis”.

He added: “It would be a huge mistake if the Government were to soften its line on preventing illegal immigrants entering this country upon her departure.”

There is heightened concern that Ms Braverman’s departure was linked to any change in the tough immigration policy.

Additional worries include statistics that show police forces in England and Wales have recorded the highest number of crimes in 20 years, driven by a sharp rise in offences including fraud, rape and violent attacks.

And victims of crime are facing record delays due to a huge backlog of cases.

21/10/2022 Politics Comments Off on Tories have ‘one last chance’ to avoid electoral extinction, MPs warn
Markets