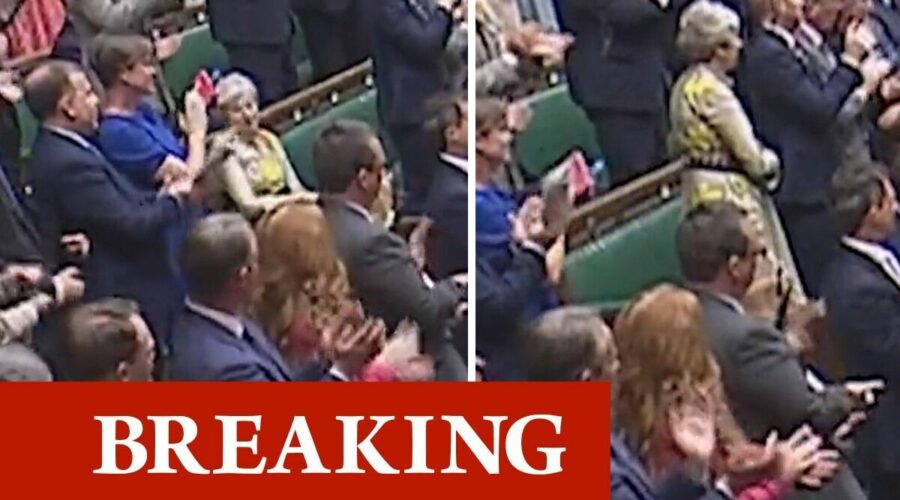 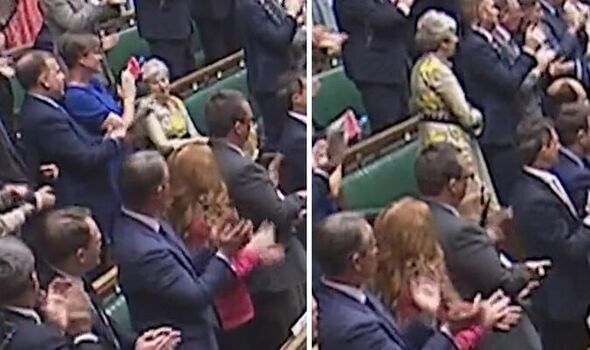 Mr Johnson was applauded by Tories as he made his last appearance as Prime Minister at the weekly fixture. While many Conservatives gifted him with a standing ovation to thank him for his efforts in Government, Ms May seemed reluctant to join in. After eventually standing up, she did not clap, instead crossing her arms and clinching her hands together.

Just three years after entering No10, the 58-year-old leader closed off his final moment at the despatch box by saying: “We’ve transformed our democracy and restored our national independence as my Rt Hon friend says.

“I’ve helped get this country through a pandemic and help save another country from barbarism.

“And frankly that’s enough to be getting on with. Mission largely accomplished, for now.”

And then, Conservative MPs rose to their feet and clapped as he left the Chamber. But not Ms May.

Footage of the MP for Maidenhead cheerfully dancing at the Henley Festival in Oxfordshire went viral earlier this month. What struck viewers — besides her dancing — was the timing of her happy moves, as the former prime minister, who was also forced out of Downing Street, attended the event right after Mr Johnson announced his resignation.