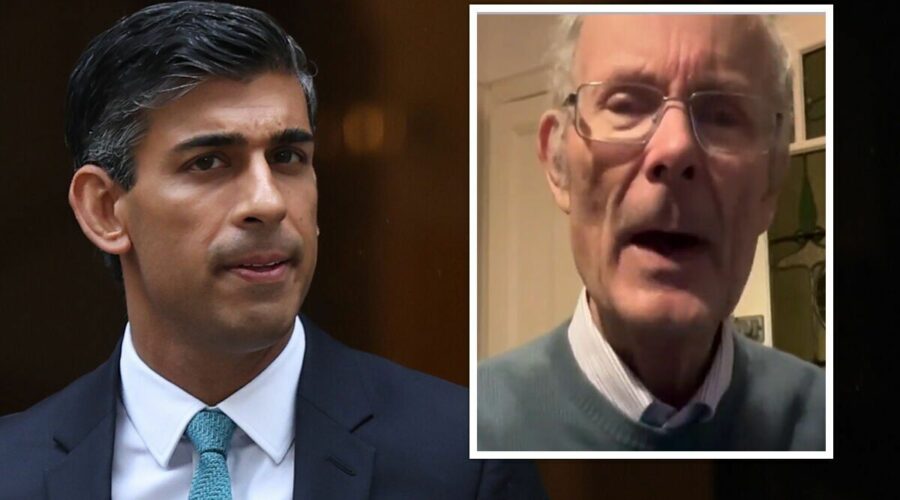 Polling guru Sir John Curtice has warned that a majority of people polled in the UK are now consistently in favour of rejoining the European Union. Speaking to LBC, the Scottish professor warned that the polls suggest there are “the first signs” of voters in the UK turning against the 2016 Brexit vote. He said that, on average, the last six polls on Brexit show 57 percent of people support rejoining the UK, while 43 percent want to stay out.

These polling figures put new Prime Minister Rishi Sunak, who voted to leave the EU, under growing pressure to show that Brexit works.

Sir John explained: “It is certainly true that over the course of this year there has been a gradual move in the direction of people saying we should be in the EU, rather than outside.

“It is not as dramatic as the collapse in the fortunes of the Conservative Party following Liz Truss’ fiscal event.

“But, if you take the average of the last half dozen polls that asked whether people would rejoin the EU or stay out, at the moment, we have 57 percent of people saying we should rejoin, while 43 percent want to stay out.

“It has been a while since the opposite was true. You would have to go back to earlier this year to find an individual poll that has a majority saying we should be staying out.”

JUST IN: Rishi Sunak told to ‘stop wasting our money’ over pension pledge

The leading pollster continued: “YouGov have asked people since autumn 2016 whether, in hindsight, the decision to leave the EU was right or wrong.

“These are the first signs that we are beginning to move, in a non-trivial degree, to people saying we would be better off inside.”

Earlier this week, the former Bank of England governor Mark Carney said that Brexit had shrunk the British economy.

He suggested a link between Britain’s decision to quit the European Union and the Bank of England’s latest hike in interest rates.

However, some senior cabinet ministers have come out to demonstrate Brexit’s triumphs.

Trade Secretary Kemi Badenoch revealed that the UK removes a “new trade barrier somewhere around the world” every week.

The Government has also promised a post-Brexit bonfire of trade barriers, expected to deliver up to £20billion worth of exports for the UK economy.

Minister of State for Trade Policy Greg Hands told the House of Commons that the Government has so far removed 192 trade barriers across 79 countries, claiming that “the removal of just 45 of those barriers is estimated to be worth about £5billion for business over five years”.

But he said the Government plans to go further, saying that there are 100 trade barriers worth £20billion set to be removed in the coming months.

Meanwhile, a new Opinium poll for the Observer showed that the vast majority of the public believes that Britain has not regained control of its borders since Brexit.

When asked, 73 percent think the UK has not been in control of its borders since Brexit, compared to only 12 percent who think Britain has been in control.