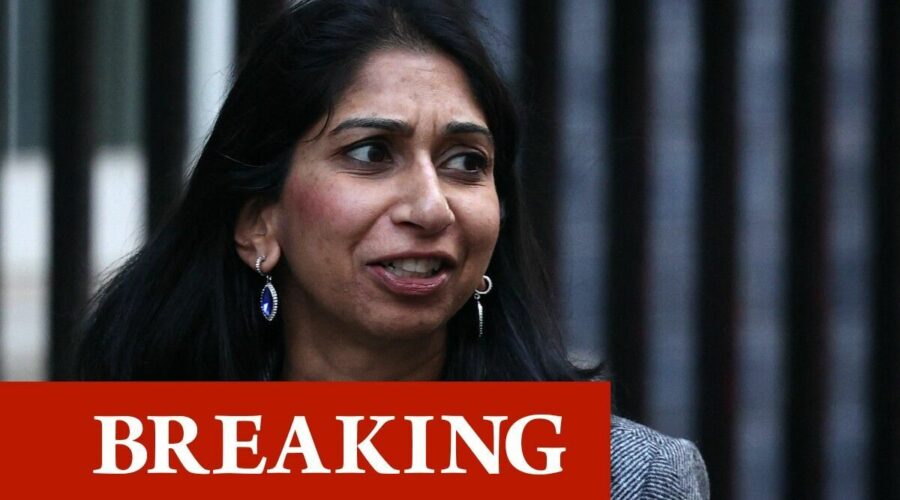 Suella Braverman to step down as Home Secretary

Suella Braverman is understood to have departed as UK Home Secretary. Express.co.uk understands Ms Braverman was sacked after it was found she had official documents on her private phone, which is in breach of the ministerial code. There is speculation that she is to be replaced by Grant Shapps.

Sources said Ms Braverman informed the Prime Minister at a meeting in the House of Commons.

Ms Truss had been due to visit a defence technology company this afternoon but cancelled the meeting at the last minute.

In her resignation letter, Ms Braverman said: “Earlier today, I sent an official document from my personal email to a trusted parliamentary colleague as part of policy engagement, and with the aim of garnering support for government policy on migration. This constitutes a technical infringement of the rules.”

She added: “Nevertheless it is right for me to go.”

She also launched a blatant attack on Liz Truss, saying: “The business of government relies upon people accepting responsibility for their mistakes. Pretending we haven’t made mistakes, carrying on as if everyone can’t see that we have made them, and hoping things will magically come right is not serious politics. I have made a mistake; I accept responsibility; I resign.”

He said: “This is a Government in chaos. People should not be forced to watch the Conservative party implode day after day while real people suffer.

“There is a cost of living catastrophe, health service crisis and now a rudderless home office.

“The only solution now is a General Election so the public can get off this carousel of Conservative chaos.”

This comes as the Prime Minister attempts to claw back support from MPs following the economic chaos that occurred in the wake of September’s mini-budget.

Ms Truss, who has only been in office for 49 days, has seen plummeting approval ratings, facing numerous calls to resign from within her own party.

Earlier today, deputy chair of the 1922 Committee of Backbench MPs William Wragg said he had submitted a letter of no confidence in the Prime Minister.

Meanwhile, Tory MPs Crispin Blunt, Andrew Bridgen and Jamie Wallis have all publicly stated they believe she should resign.

More than 100 MPs in total are reportedly ready to submit letters of no confidence in the Prime Minister.