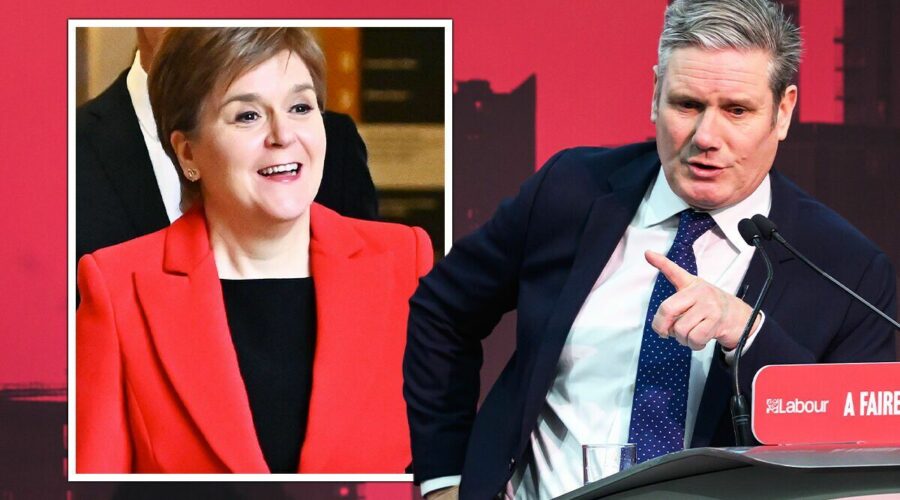 Sir Keir Starmer has pledged a “transformed state” if the Labour Party gets elected. This comes after the party last year unveiled plans to hand over power to Nicola Sturgeon in Scotland. Giving his first major policy speech of 2023 later today, Sir Keir is expected to promise “a decade of national renewal”, pledging to introduce a “completely new way of governing”.

Accusing Westminster of “hoarding power” and “holding back this country’s economic potential”, Sir Keir will say: “A fairer, greener, more dynamic country is coming and a transformed state and politics will take us there”.

He will add: “You can’t overstate how much a short-term mind-set dominates Westminster. And from there, how it infects all the institutions which try and fail to run Britain from the centre.”

The Labour leader is also expected to set out how the party will achieve this by saying Labour will modernise central government so it becomes “dynamic, agile, strong and, above all, focused. Driven by clear, measurable objectives: national missions.”

He will pledge “a new approach to the power of government”, which will be “more strategic. More relaxed about bringing in the expertise of public and private, business and union, town and city. Using that partnership to drive our country forward.”

The Labour party unveiled a new policy document in November proposing new powers for devolved Governments and plans to replace the House of Lords with an elected Chamber.

Recommendation 16 of the document includes removing the reservation on foreign policy to allow the Scottish Government to enter into international agreements and join international bodies in its own right.

It reads: “We, therefore, propose that the Scottish Government should, with the approval of the Scottish Parliament (and where appropriate the assistance of the UK government) be able to enter into agreements with international bodies, in so far as they relate to devolved matters only. Examples would include UNESCO, the Nordic Council or (if the EU were willing to agree) even the Erasmus scheme for student exchange.”

Unveiling the new policies in Leeds, Sir Keir pledged it would bring “the biggest ever transfer of power” from central Government.

Giving a speech at the launch of the Commission on the UK’s Future in Leeds, Sir Keir claimed the centre of power in Britain “has not delivered”.

He said that Labour will “reignite our economy”, adding: “If Labour wins the next election – Britain will see a change not just in who governs, but how we are governed.”

The Labour leader pledged that local bodies would have “new powers over skills, transport, planning and culture”, which he said would help to “drive growth by developing hundreds of clusters of economic activity”.

He added: “The tools to a fairer society and a stronger economy placed directly in the hands of working people.

“So together we can build an economy not just for the many, but by the many and of the many.”

But a source close to Foreign Secretary James Cleverly warned Labour’s proposal may be the first step on the way to a Labour/SNP coalition.

They said: “Britain’s Foreign Policy is there to represent all the nations of the UK.

“This idea seems the first tentative ‘test the water’ offer to try and build an SNP/Labour coalition. If that’s not enough to tempt the SNP, where might that end up? The offer of a second Independence referendum?”