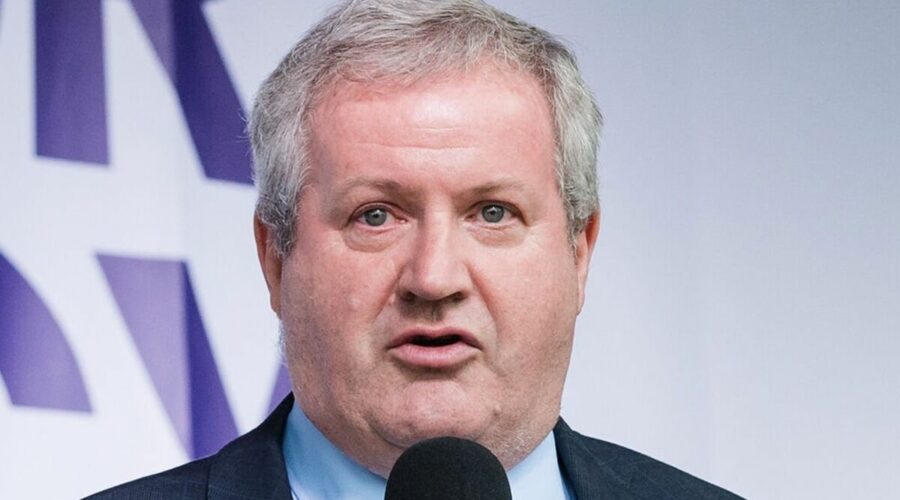 Ian Blackford, the Westminster leader of the Scottish National Party, is urging Labour leader Sir Keir Starmer to push for a vote of no confidence in the Tories in a bid to topple the Government and force a general election. Mr Blackford has written to Sir Keir who, as the leader of the opposition in the House of Commons, is the only MP permitted to submit a formal motion.

In his letter, the MP for Ross, Skye and Lochaber told Sir Keir: “It is time to trigger a motion of no-confidence in this disastrous Tory government and – most importantly – it is time for people to have their say in a general election.”

Passing a motion of no confidence in the Conservative government could potentially trigger an early general election.

However, it is far from certain to be passed, given it would rely on the support of Tory MPs, many of whom would face the prospect of losing their seats, given the Conservative Party’s dire position in recent opinion polls.

However, Mr Blackford insisted that “with a vacuum at the top of the Tory leadership”, the time was right to “trigger that motion and attempt to force a general election”.

He added: “I hope we can act together to stop this shambles, put maximum pressure on the Tories as they fight each other, and let the people have their democratic say in a general election.”

Earlier this week, Mr Blackford accused the Conservatives of having “taken a wrecking ball to the UK economy and made families suffer – as mortgage rates rise, pensions fall, and soaring inflation pushes up household bills”.

He continued: “Having done so much damage, they simply cannot be allowed to impose a third Tory prime minister without an election. It would be unthinkable and undemocratic. Voters must get a say.”

He argued it was now “vital that opposition parties work together to force a vote of no confidence, and pile pressure on the Tories to call a general election, so voters can decide”.

Nevertheless, his letter got short shrift off Shadow Scotland Secretary Ian Murray, who taunted Mr Blackford for what he called his “letter-writing campaign”.

He added: “Keir Starmer has led calls for an immediate general election.

“No one voted for this chaos and people must have a say in the future of the country.

“But while Labour has a plan to cut bills and grow the economy, the SNP offer only more division.”

Mr Murray added: “This is a serious time for the country and politicians should focus on solutions, not play parliamentary parlour games.

“While the SNP are reduced to letter writing campaigns, only Labour can win a General Election and boot the Tories out of Downing St.”

Liz Truss’s resignation as Prime Minister after just 44 days has triggered a second Conservative Party election contest in barely three months, with Boris Johnson believed to be keen to return to the job he only resigned from in July.

He and main rival Rishi Sunak were widely reported to be locked in talks late into the evening as speculation mounted over whether they could strike a deal to lay the foundations for a unified Conservative government.

Mr Johnson is understood to be lagging behind his former chancellor in public support from MPs and Mr Sunak gained a valuable ally in Kemi Badenoch yesterday.

Backer Sir James Duddridge MP claimed Mr Johnson had the support of the 100 MPs needed to reserve his place in a vote which will go to the party’s estimated 200,000 members.

But Sunak supporter Richard Holden cast doubt on his remarks, arguing that the equivalent number of public declarations had not been made “because they don’t exist”.