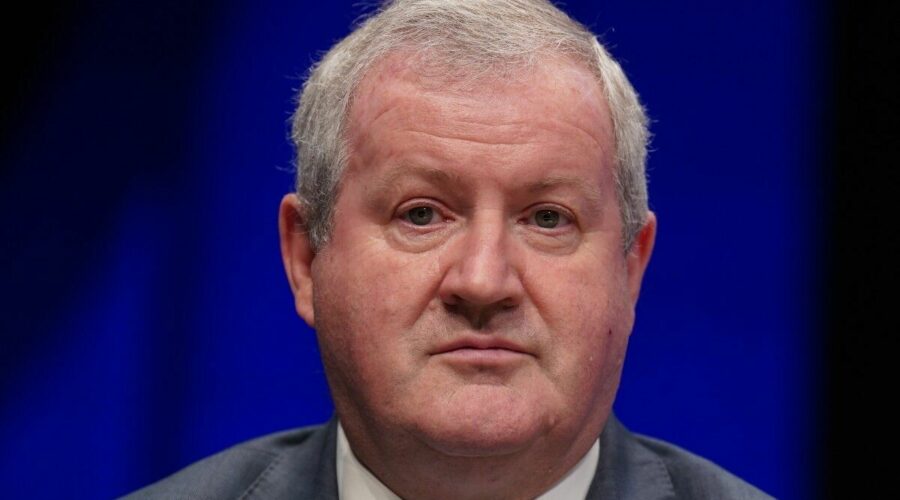 The SNP is on course to lose its place as the third biggest party in Westminster, new polling suggests. The poll for the Trades Union Congress (TUC) by Opinium projects that Labour would win 411 seats in a 1997-style landslide, the Tories would be down to 137 in a major wipeout, the Lib Dems on 39 and the SNP on 37.

If the Lib Dems surge into third place, it would mean the SNP’s Westminster leader Ian Blackford loses a key role at Prime Minister’s Questions.

But if Lib Dems win more seats than the SNP in the next general election, Mr Blackford would lose his place to grill the Prime Minister to Sir Ed Davey.

The survey of more than 10,000 adults was carried out on September 26 to 30 – weeks before Liz Truss abandoned her mini-budget and replaced Kwasi Kwarteng with Jeremy Hunt as Chancellor.

It comes as SNP leader Nicola Sturgeon today made her latest push towards Scottish independence.

The Scottish First Minister unveiled her Government’s post-independence plans for the economy in a 108-page paper on Monday during a press conference at her official residence Bute House.

But Downing Street today said the Prime Minister did not believe it was the moment to consider a fresh independence referendum after Scots rejected breaking away from the Union in a 2014 vote.

Ms Truss’s official spokesman said: “People in Scotland want their governments to be focused on the issues that matter to them, things like energy security, the cost of living and obviously supporting Ukraine in their war against Russia.

“So the Prime Minister remains of the view it is not the time to be talking about another independence referendum.”

It comes as Ms Truss is battling to save her premiership after weeks of chaos sparked by the tax-slashing mini-budget sending the Tories into freefall in the polls.

Ms Truss last Friday sacked Kwasi Kwarteng in a bid to end the turmoil and parachuted Jeremy Hunt into Number 11 as a safe pair of hands.

But the embattled Prime Minister’s credibility has been damaged as the new Chancellor moved quickly to rip up her economic blueprint raising questions over who is in charge.

Mr Hunt this morning ditched the majority of the tax cuts unveiled by his predecessor in an emergency statement designed to calm the financial markets.