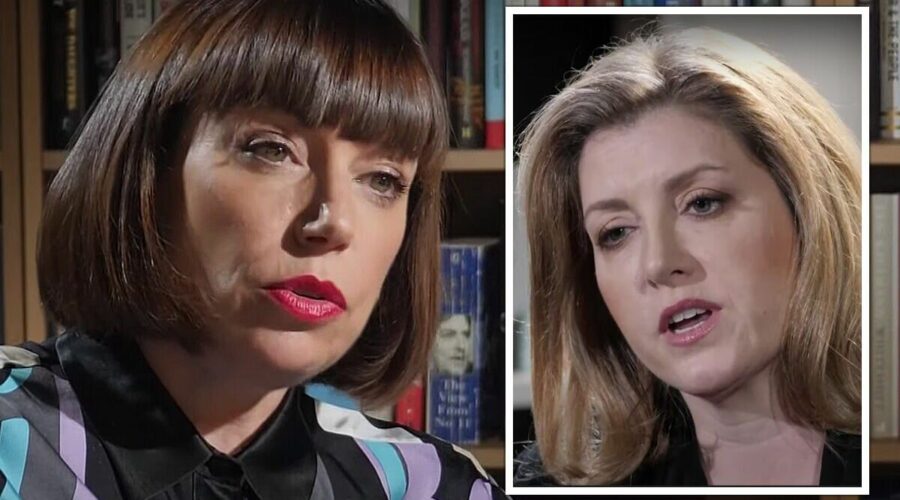 Penny Mordaunt hits back at Beth Rigby over trans stance

Beth Rigby asked the Tory leadership contestant whether the candidates were right to focus so much of their attention on the so-called “culture wars.” The Sky News political editor noted issues such as the adoption of transgender bathrooms could be perceived as being more on the minds of the Westminster bubble rather than be the main concern of voters. Several candidates have been asked to discuss their stance on the trans issue, with Penny Mordaunt insisting she does recognise some trans people might be recognised as “legally” women after transition but could not be considered as such “biologically”.

Ms Rigby said: “Culture issues, the culture war issue, seems to be stoked up by members of the Conservative Party. I think that’s a fair thing to say, isn’t it?”

“I want to talk about cost of living, access to healthcare, those sorts of issues, not toilets in this campaign.”

JUST IN: Penny Mordaunt lashes out at Tory rivals over backroom plotting to STOP bid to become PM 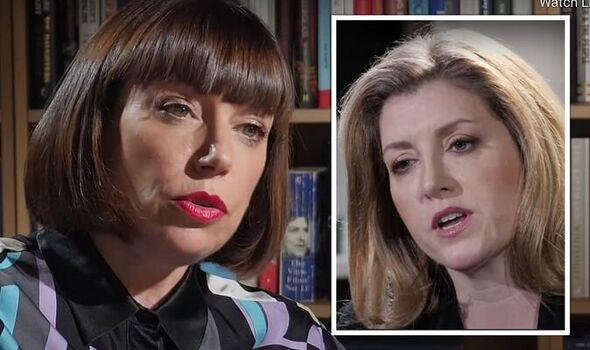 The Tory leadership hopeful was also asked about her own brother’s views about the relationship the Party has with the LGBTQ community.

James Mordaunt, with whom the junior minister has been pictured on several occasions, including at Pride, claimed the Tories were “complicit” with hatred towards the community.

Ms Rigby said: “Kemi Badenoch’s campaign took away gender neutral toilets at the launch and put man and woman on there.

“Is that not the sort of thing your brother’s talking about when he talks about the so-called Tory Stance on woke issues?”

“Government shouldn’t be telling pubs and clubs what their toilet policy is.

“I think we should be concentrating on the big issues that are worrying and, in some cases, terrifying the public.

“The huge cost of living issues we have, access to healthcare, the services they want to see run very efficiently from the state.”

Mordaunt also warned Westminster is “tying itself in knots” over the issue of trans rights.

She was asked by Sky News if trans women are women.

Ms Mordaunt said: “Some people who are born male will go through a process to transition into another gender and they are issued a legal document in their new gender.

“They are not biological women like me, but the law recognises them in their new gender and that’s very simple and straightforward. And Westminster is tying itself in knots over it.”

Asked if trans women can be legally women, she said: “Legally but not biologically. And we are not equivalent in that respect. And I mean, people should look at my record on this.

“I was raising, for example, the issue of trans people competing against women in sport many years ago.”

15/07/2022 Politics Comments Off on Sky News’ Beth Rigby has Mordaunt on spot over woke wars ‘Cost of living, not toilets’
Markets