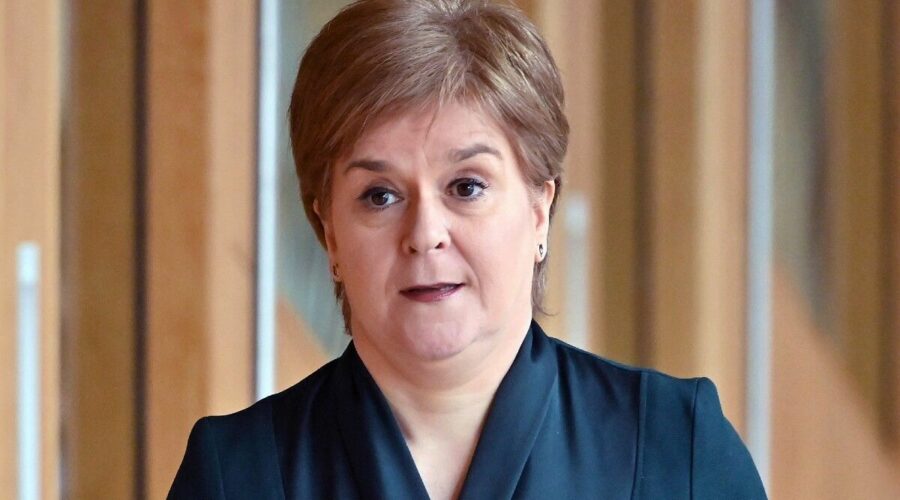 Rishi Sunak is set to block Nicola Sturgeon’s controversial gender law, according to reports, in a move which will spark a furious row with the SNP. The Prime Minister will reportedly trigger Section 35 of the Scotland Act to torpedo the Gender Recognition Reform (Scotland) Bill, which was passed by Holyrood last month.

If Mr Sunak does so, he will become the first No10 incumbent to use the blocking mechanism.

The Scotland Act, which established a devolved Scottish Government and parliament, gives Westminster four weeks to consider bills passed by Holyrood that could have an “adverse effect on the operation of the law”.

With the gender law passed by MSPs on December 22, the deadline will be reached on Wednesday.

The Bill will allow trans people to obtain a gender recognition certificate (GRC) without the need for a medical diagnosis – a process known as “self-identification”.

It will also permit 16 and 17-year-olds to apply for a GRC for the first time, and would reduce the amount of time a person has to live in their acquired gender before they can be granted the document.

According to the Financial Times, Mr Sunak is preparing to block the bill from entering the statute books, with a decision coming as soon as today.

The legal advice given to the Conservative Party leader reportedly states the Bill passed by Edinburgh “cuts across” UK-wide legislation on equalities.

Scotland Secretary Alister Jack is said to be “fully supportive” of an intervention by the Prime Minister.

It comes after Mr Sunak said during a visit to Scotland last week that he was concerned by the gender law.

A UK Government spokeswoman said no decision had been made. She said officials were closely assessing the impact the law passed by Scotland’s First Minister would have on the Equality Act.

The spokeswoman said: “We share the concerns that others – including the Equality and Human Rights Commission and the UN Special Rapporteur on Violence Against Women and Girls – have with the Bill, particularly around safety issues for women and children.

“We are looking closely at these issues, and also the ramifications for the 2010 Equality Act and other UK wide legislation.

“Our concerns include the protection of single sex spaces, and the checks and balances included in the process of gaining a legal gender recognition certificate.

“No final decisions have been made and we are considering our next steps.”

Labour has also raised concerns about the legislation, with Sir Keir Starmer referencing both the reduction in age and the potential impact on equalities.

But the SNP’s Westminster leader Stephen Flynn said it would be an “outrage” if London did choose to intervene and that it would amount to the UK Parliament “overstepping massively”.