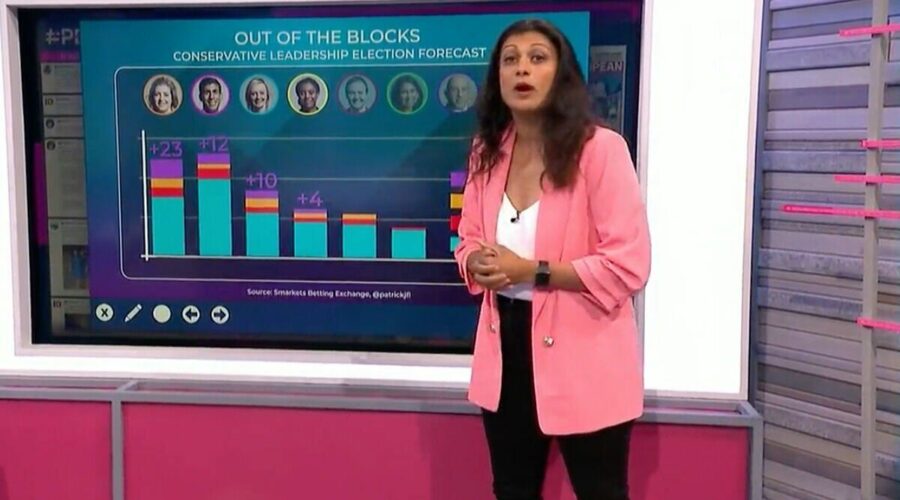 ITV’s flagship current affairs programme Peston revealed Trade Minister Penny Mordaunt is expected to outflank ex-Chancellor Rishi Sunak among Conservative colleagues as both vie to win the race to replace Boris Johnson. Mr Sunak, who resigned from Number 11 last week, emerged as the frontrunner among Tory MPs in the first round of voting, after 88 MPs voted for the Brexit-backing Richmond MP.

Ms Mordaunt, who played a pivotal role in the Vote Leave campaign in 2016, finished in second place with 67 supporters. 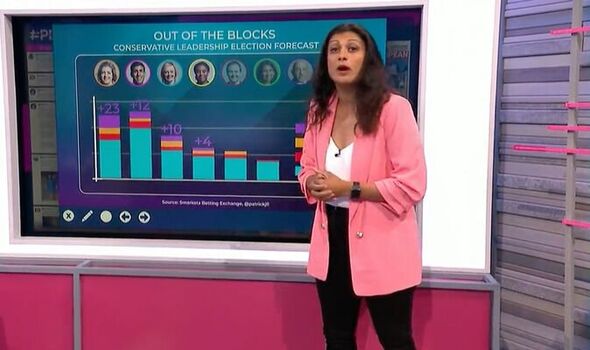 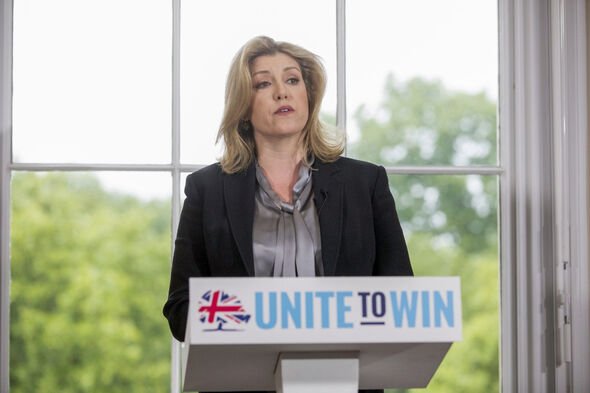 She said: “I happen to have a crystal ball out, also known as Patrick Flynn from the political betting firm Smarkets, whose model got it right last time.

“He feeds loads of information about MPs into his computer and predicts what they’re all going to do next.”

The model has projected Ms Braverman to be knocked out in the next round, followed by Mr Tugendhat and then Ms Badenoch.

However, in the final round, Ms Asthana said: “The computer says Penny Mordaunt would just overtake the former Chancellor and be top of the race.” 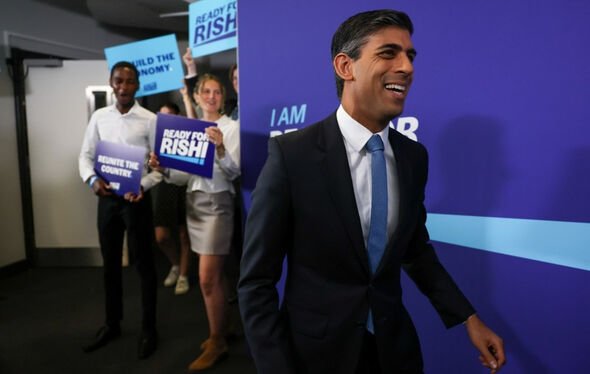 A recent YouGov poll found Ms Mordaunt would win the race to become the next Tory Party leader and Prime Minister in a straight shoot-out against Mr Sunak.

The survey said the Trade Minister would beat Mr Sunak by a whopping 39 points.

Despite the projection on Peston, the Times’ Steven Swinford claimed allies of the ex-Chancellor hope to blow the opposition out of the water among Conservative colleagues.

He said: “Sunak allies want him to establish commanding lead in contest with 200+ Tory MPs to send a message to grassroots Tories 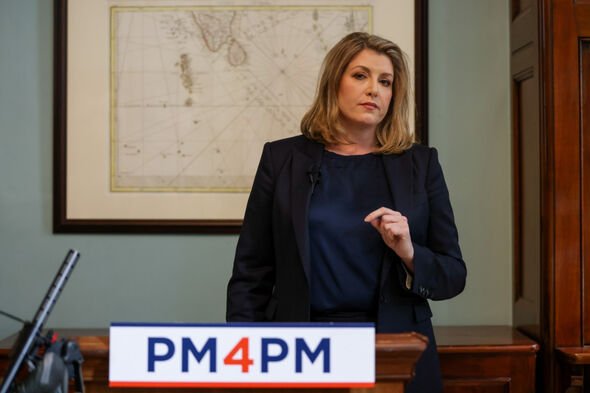 “They think they can pick up support from Javid backers, Hunt backers, Tugendhat backers and others as candidates gets whittled down to final two.”

However, the Times’ political editor added: “[A] source close to [the] Sunak campaign rejects the characterisation and says he’s fighting for every vote.

14/07/2022 Politics Comments Off on Peston: Mordaunt set to overtake Sunak as betting markets move away from ex-Chancellor
Markets