Author Gordon Chang on Biden potentially lifting some tariffs on China and the impact of the Chinese Communist Party on Hong Kong.

A new non-profit fund aims to restore the technological advantage — and the jobs and investment that comes with it — to the United States, amid fears that the U.S. is losing the tech race to the Chinese government.

America’s Frontier Fund is a non-profit "deep-tech" fund formed to draw investment back to the U.S. — focusing on areas such as microelectronics, AI, 5G and 6G and advanced manufacturing. It says doing so will create "a strategic advantage for the United States and its allies and broad-based prosperity for the American people, with the potential of generating strong financial returns."

While it hasn’t released the funding it has attracted so far, it has picked up the backing of both Google CEO Eric Schmidt and PayPal co-founder Peter Thiel. It stresses that it has not received government funding and that, as a result of its non-profit status, donors have no role in investments or day-to-day activity. It's targeting governments, philanthropists and venture capitalists to get involved.

On the group’s board are high-profile former government officials including former Defense Secretary Ash Carter and former National Security Adviser H.R. McMaster. The group is seeking to attract investment and then, using its team of experienced investors, deploy it in a way that benefits the U.S. in accordance with its mission.

‘GRAVE NATIONAL SECURITY THREAT’: CONGRESS MAY GIVE BILLIONS TO US CHIP MANUFACTURERS TO COMPETE WITH CHINA

In an interview with FOX Business, CEO and co-founder Gilman Louie said the problem it is seeking to combat is how U.S. investment has been directed over the years away from the U.S., and into Beijing.

"The problem we're trying to address is the fact that the U.S. has basically not only outsourced its jobs, but outsourced its hard technology investments to countries like China…it's like watching a train wreck in slow motion," he said.

A researcher plants a semiconductor on an interface board during a research work to design and develop a semiconductor product at Tsinghua Unigroup research centre in Beijing, China. (REUTERS/Kim Kyung-Hoon/File Photo / Reuters Photos)

AFF’s creation comes amid broad fears that U.S. dominance in the 20th century's push for innovation is now being lost to China after Beijing has made investments in tech that the U.S. has not, and more recently a nationwide semiconductor chip shortage that has affected several industries, with chips used in everything from cars to smartphones, TVs, refrigerators and more.

"It starts with chips, because everything's built on top of chips, but it includes things like advanced manufacturing, 6G communications, artificial intelligence and new materials and the range of the kinds of breakthroughs that we’re on the cusp of," Louie said.

"We’re very close to solving many technical problems that could lead us to fusion. We're very close to being able to build a next generation quantum computer. And if the other guy gets it before we get it right, a lot of bad things happen," he added.

He noted that while Washington is still struggling to pass a bill on global innovation and boosting semiconductor manufacturing, China is pouring investment in at a dramatic pace.

The attraction of investors and backers on both sides of the political aisle indicate that the concern about the outsourcing to China is shared across the spectrum — and Louie said he wanted there to be less talk and more action from those who can make a difference. 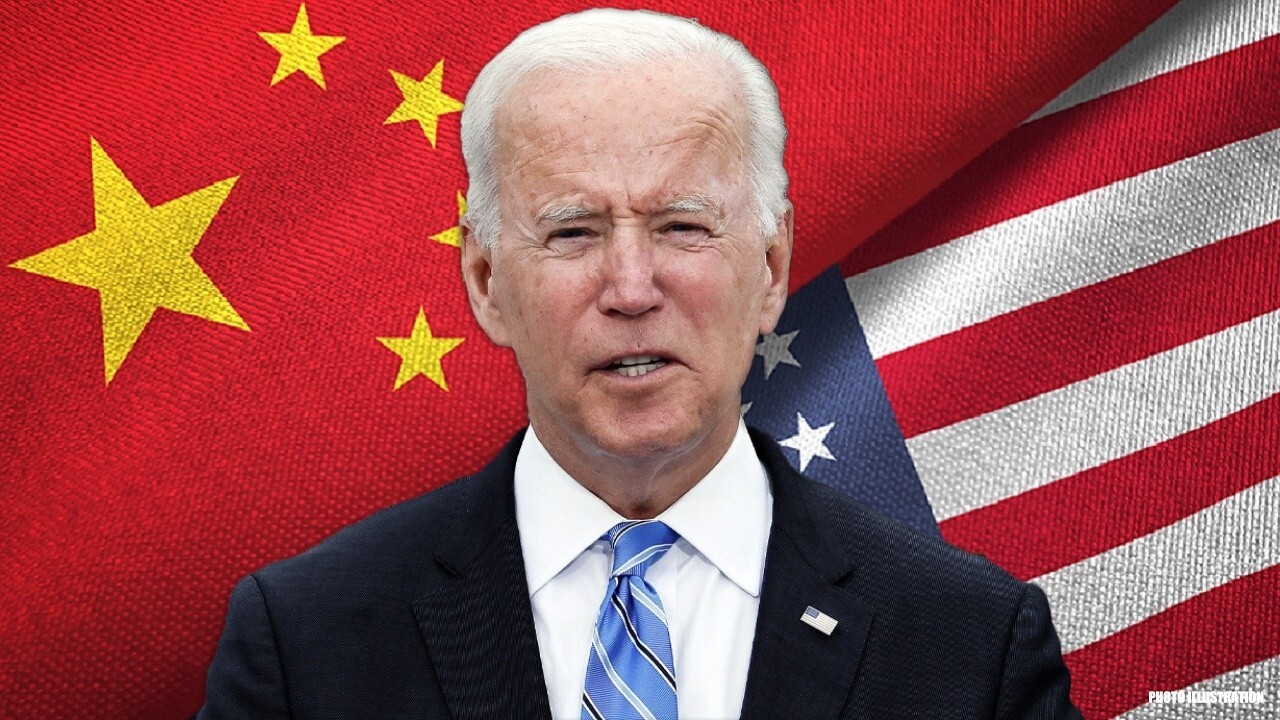 "We’ve got to stop talking about it. We got to quit studying it. We need to do it. We need to put some capital in these new areas. We need to attract capital from Wall Street, away from investing in places like Shanghai," he said.

"AFF's role is to shine a light not only on the things that we need to invest in, the hard technologies that are going to change this world and keep U.S. leadership, but also to attract the talent, to attract the capital that's been offshored" he said.,

Louie is one of a number of voices that have warned about America’s reliance on foreign chipmakers and semiconductors.It’s a powerful message, coming as the Russian invasion of Ukraine has shown how delicate supply chains can be — with food and gas prices quickly taking a hit as a result.

One fear is that if China invades Taiwan, where many cutting-edge chips are made, they could cut off exports and deal a serious blow to the U.S. across multiple sector, including its military. Congress is currently working to pass a bill that would help reassert U.S. dominance on chip production. Commerce Secretary Gina Raimondo warned of a "grave national security threat" if Congress doesn’t pass the legislation.

But rather than be doom-and-gloom about the situation, Louie believes the race is easily winnable, and that in doing so it will bring not only security to the U.S., but also jobs — not only in tech but in manufacturing. Those jobs would revitalize cities and towns across America, not just the traditional tech strongholds.

"This is an all of America effort. This is not just a handful of technologists and a couple of individuals that have high net worth. That's going to change the world. We need all of America to participate," he said. "And that includes Washington getting its act together and Wall Street to actually pay attention to what the effects are and where they put their money."

16/07/2022 Politics Comments Off on Nonprofit investment fund aims to bring tech edge, jobs back to US from China
Markets