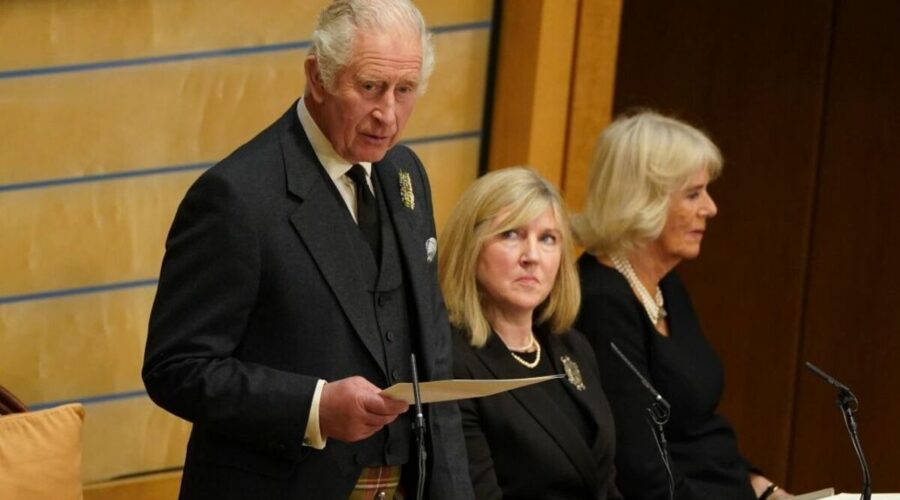 In a heartfelt address inside the Scottish parliament in Edinburgh he said the country had always been a “haven and home” for him and his family. 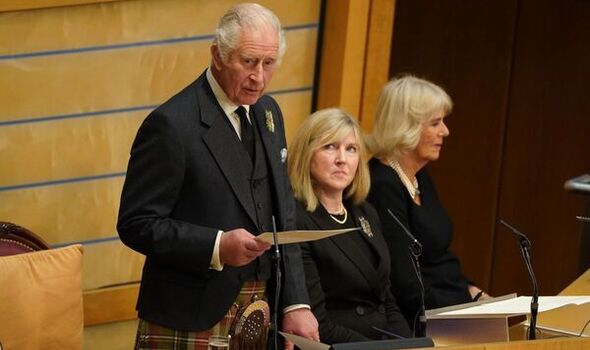 In a heartfelt address inside the Scottish parliament in Edinburgh he said the country had always been a “haven and home” for him and his family.

Speaking during a special session at Holyrood the kilt-clad King vowed to “seek the welfare” of Scotland during his reign.

He told MSPs: “I know that the Scottish Parliament and the people of Scotland share with me a profound sense of grief at the death of my beloved mother.

“Through all the years of her reign, the Queen like so many generations of our family before her, found in the hills of this land and in the hearts of its people, a haven and a home.”

He continued: “If I might paraphrase the words of the great Robert Burns, my dear mother was a friend of man, a friend of truth, a friend of age and guide of youth. Few hearts like hers, with virtue warmed, few heads with knowledge so informed.”

The King then said his other Scottish titles including Duke of Rothesay had now passed to his son William.

He said: “I take up my new duties with thankfulness for all that Scotland has given me. With resolve to seek always the welfare of our country and its people and with wholehearted trust in your goodwill and good counsel as we take forward that task together.”

The historic appearance came just four days after the Queen died at her Balmoral Estate in the Scottish Highlands.

The new King was accompanied by Camilla, the Queen Consort, for his appearance on the same day Queen Elizabeth II’s coffin was moved through Edinburgh.

She said: “We are honoured by the presence today of His Majesty, King Charles III, and The Queen Consort.

“Your Majesty, we stand ready to support you, as you continue your own life of service – and as you build on the extraordinary legacy of your beloved mother, our Queen. 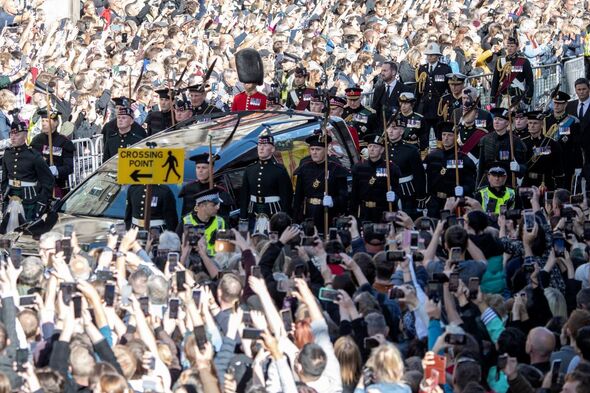 “Queen Elizabeth, Queen of Scots – we are grateful for her life. May She now rest in peace.”

In an amusing anecdote, Ms Sturgeon told how her husband saved one of the Queen’s corgis from being electrocuted.

Speaking as she moved a motion of condolence in honour of the late monarch, Ms Sturgeon told of how Peter Murrell stopped the dog, a puppy named Sandy, from chewing through a lamp switch after a light began to flicker at Balmoral.

“To my great alarm, he was, after all, in the presence of Her Majesty, my husband suddenly leapt up and darted across the floor,” the First Minister said.

“Peter had spotted the cause of the flickering light. One of the Queen’s young Corgis, a beautiful pup called Sandy, was eating through a lamp switch.

“Thankfully, tragedy was averted and Sandy emerged unscathed, though not before a ticking off from his mistress.” 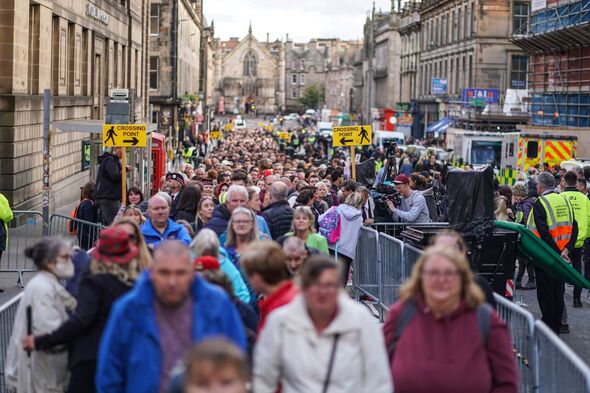 Douglas Ross, the leader of the Scottish Conservative Party, said: “The Queen seemed as permanent as the stones of Edinburgh Castle,” he said, touting her lengthy reign and describing her as “an anchor to our history”.

He also addressed the new King Charles III, pointing out that he became the first sovereign to accede to the throne while on Scottish soil in more than 400 years.

“I know that people across the country will show you the same support and devotion as they did your late mother,” he said.

“Because today we don’t just commemorate the reign of our Queen but also celebrate the life of a woman who many in Scotland knew and loved, who dedicated her life to her country, to duty, and to serving others.”

Earlier the First Minister had an audience with King Charles in the Palace of Holyroodhouse.

As is tradition, the meeting was held in private, with no detail of the conversation revealed. 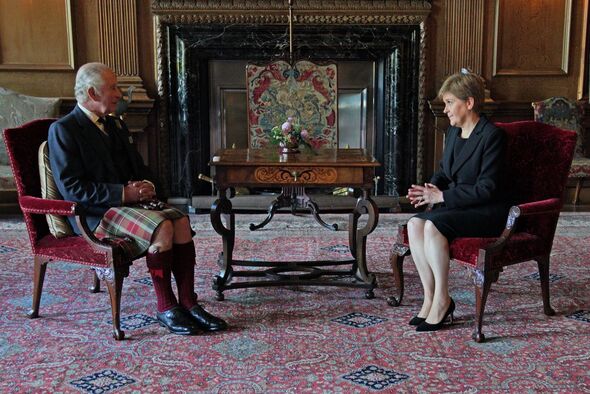 Holyroodhouse is the official residence of the monarchy in Scotland. It was originally a monastery at the foot of Edinburgh’s Royal Mile.

The Queen visited annually for Holyrood Week, where she attended celebrations of Scottish culture and achievements.

The King held his first audience with Liz Truss, who is in Scotland supporting His Majesty, on Saturday.