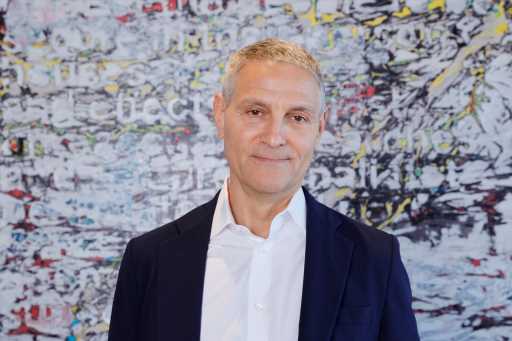 Endeavor Group Holdings CEO Ari Emanuel says the pledges by many media execs to rein in content spending amid a broader streaming rethink have yet to have an impact on his company.

Some of that disconnect, he conceded, is the time it takes before the current economic malaise and vows of austerity to take full effect in the production pipeline — about two years for feature films and a year in the TV business, by his estimate. But more generally, Emanual cast doubt on the notion that companies engaged in a pitched battle for streaming supremacy — as they also protect legacy businesses — would be able to take their foot off the gas.

“Not to burst anybody’s bubble, I don’t see it,” he said in an appearance at the Goldman Sachs Communacopia & Tech Conference. “I don’t have a client available in that space.” Pricing on episodic fare — both new and library — has held strong, he said, with one recent [unnamed] series deal brokered by WME fetching $17.5 million an episode. “Last time I checked, that’s more” than previous budgets, he said.

“There aren’t home runs like there used to be” — massively profitable shows like Friends or Seinfeld, whose multi-billion-dollar paydays resulted from syndication and other outdated business models — but “there are singles and doubles, and there are over 900 shows, so you’re making a lot of singles and doubles,” Emanuel said.

Netflix, Warner Bros Discovery and Disney are among the companies whose execs have recently expressed some version of an austerity vow. They all remain in a fierce struggle with Apple, Amazon and several other streaming players, and most industry observers expect only the fittest to survive.

Netflix, which continues to lead the field with more than 220 million subscribers, turned heads recently when it said it planned to hold the line on its current level of about $17 billion a year in spending. For years, Netflix continued to funnel more and more money into content, to the consternation of some investors frustrated by the company’s longtime dependency on debt as a financing tool. Warner Bros Discovery CEO David Zaslav has also emphasized the fact that the newly merged, debt-laden company is “not trying to win the spending wars.”

While Endeavor has long set its sights on a wider array of assets — Emanuel said streaming proceeds account for “less than 2%” of the company’s overall revenue — the ongoing seller’s market is a plus.

The exec pointed to Disney’s recent disclosure that it expects total content spending — across sports rights and other verticals — to reach $33 billion in fiscal 2022. “If ‘moderation’ is 30 billion dollars, please give me more,” he said. “They also have to defend ABC and their cable channels. Same thing with Zaslav and Warner Bros., same thing with Peacock. They only thing keeping eyeballs there is premium content.”

Because streaming services need marquee programming in order to draw and retain subscribers, that “bodes well for me,” Emanuel said. “I’m the arms dealer here.” The rise of streaming has helped WME to increase revenue by double digits every year for the past 11 years, except for 2020, which was hit by Covid.

‘All The Beauty And The Bloodshed’ Takes Golden Lion; Acting Nods For Blanchett & Farrell

‘Rings Of Power’ Aftershow ‘Inside The Ring’ Episode 3: Settling The Score; Welcome To Númenor