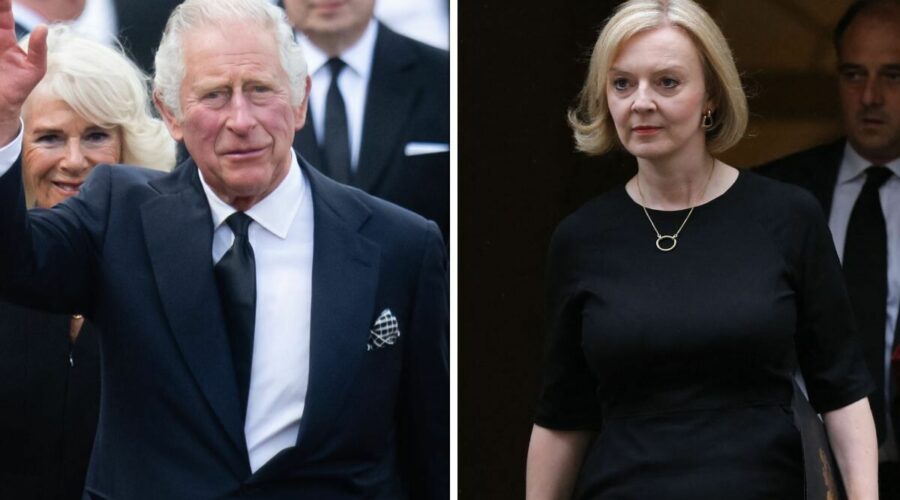 The Prime Minister insisted the Crown and the nation “endures” despite the deep sadness at the Queen’s death. Just one day after becoming King and three days after Ms Truss entered No 10, the first of what will be their weekly meetings was staged at Buckingham Palace. It followed a telephone call on the night of the Queen’s death, where the Prime Minister expressed her condolences for his loss. 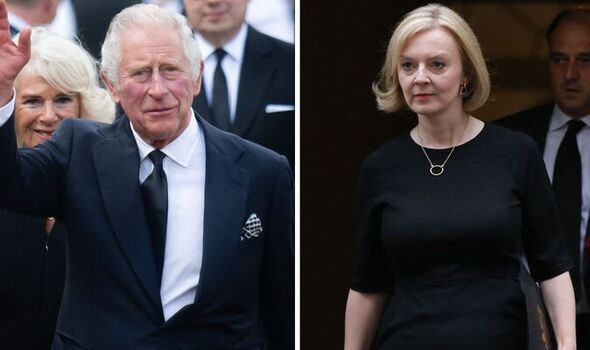 The audience with the monarch is treasured by most premiers as one of the only occasions where they can speak with complete freedom and trust completely that the contents will never be leaked.

Ahead of the meeting of around 30 minutes, Ms Truss spoke of the “awesome responsibility” the King carries “for all of us”.

She said: “Even as he mourns, his sense of duty and service is clear.

“He has already made a profound contribution through his work on conservation, education, and his tireless diplomacy.

“We owe him our loyalty and devotion. The British people, the Commonwealth, and all of us in this House will support him as he takes our country forward to a new era of hope and progress our New Carolean age.

“The Crown endures. Our nation endures. And in that spirit, I say: God save The King.” 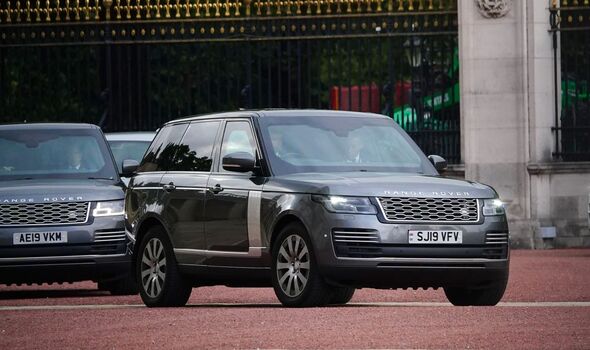 Ms Truss led tributes in a crowded Commons chamber as Parliament came together to mark the death of the nation’s longest-reigning monarch.

The Prime Minister said “our lives changed forever” after the death of the country’s “icon”.

“In an instant, yesterday, our lives changed forever,” she said.

“Today we show the world we do not fear what lies ahead.

“We send our deepest sympathy to all members of the Royal Family.

“We pay tribute to our late Queen, and we offer loyal service to our new King.”

In the hours since her death there has been a “heartfelt outpouring of grief” from the public over the loss of their Queen, she told MPs.

Ms Truss said: “Crowds have gathered, flags have been lowered to half-mast, tributes have been sent from every continent around the world.

“On the death of her father King George VI, Winston Churchill said the news had ‘stilled the clatter and traffic of twentieth-century life in many lands’.

“Now, 70 years later, in the tumult of the 21st century, life has paused again.

“Her late Majesty Queen Elizabeth II was one of the greatest leaders the world has ever known.”

Ms Truss said the Queen had devoted herself to the Union and the 15 countries she served as head of state.

“She bequeaths a modern, dynamic nation that has grown and flourished under her reign,” the Prime Minister said.

“The United Kingdom is the great country it is today because of her.

“The Commonwealth is the family of nations it is today because of her.”

Ms Truss recalled how the Queen helped to rally the nation during the first covid lockdown.

The monarch, who like the rest of the country was left unable to see most of her family, gave a moving address to the nation promising “we will meet again” and insisting “we will succeed – and that success will belong to every one of us”.

The Prime Minister said: “Her words of wisdom gave us strength in the most testing times.

“During the darkest moments of the pandemic, she gave us hope that we would meet again.

“She knew this generation of Britons would be as strong as any.

“As we meet today, we remember the pledge she made on her 21st birthday to dedicate her life to service.

“The whole House will agree: never has a promise been so completely fulfilled.

Her devotion to duty remains an example to us all.”

Ms Truss said the Queen brought the monarchy into people’s lives and homes, particularly with her decision to give televised Christmas messages.

The PM added: “She was loved and admired by people across the United Kingdom and across the world.

“One of the reasons for that affection was her sheer humanity.

“She re-invented the monarchy for the modern age.

“She was a champion of freedom and democracy around the world. She was dignified but not distant.

“She was willing to have fun, whether on a mission with 007 or having tea with Paddington Bear.

Ms Truss signed a book of condolence saying: “On behalf of a grieving nation I offer my deepest condolences on the passing of Her Majesty.

“She was the rock on which modern Britain was built.

“The thoughts of this government and this nation are with His Majesty The King and his family.”

Ms Truss and the Cabinet will attend the Accession Council, which is being televised, when the new King is formally proclaimed monarch today.

The Prime Minister will be in Parliament for the tributes and oaths to His Majesty the King made by senior MPs.

Ms Truss and the Cabinet will then have an audience with the King, Downing Street confirmed.