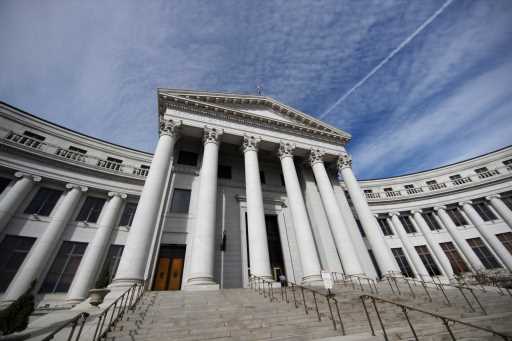 City Attorney Kristin Bronson is the latest department leader to announce she will be departing Mayor Michael Hancock’s term-limited administration.

Appointed in 2016, Bronson’s last day leading the city attorney’s office will be Nov. 2, according to a news release sent Monday.

She currently oversees a department of 250 attorneys and other staff with a budget of $43 million, according to the city. Hancock lauded Bronson for her efforts to develop emergency response measures and new policies for courts during the COVID-19 pandemic and for her leadership on an inter-agency youth violence prevention effort in the city among other things.

“Even through the unprecedented times of the past few years, Kristin has been a steady hand at the City Attorney’s Office, and our city is positioned well for the future because she answered the call to serve,” he said in a statement.

The city attorney’s office represents Denver in court cases and also provided advice on legal issues ranging from real estate to contracts to liability and insurance.

No specific reason for her resignation was given Monday but Bronson said in a prepared statement that she is “excited for what’s ahead” and feels she is leaving the city in a good position when it comes to legal representation.

“I couldn’t be prouder of what the City Attorney’s Office has achieved over these last six years, and I’m confident they will continue to do the great work that our residents rely on,” said Bronson who previously specialized in civil litigation for the firm Lewis Roca Rothgerber Christie LLP.

Hancock has nominated Kerry Tipper to replace Bronson pending city council approval. Tipper is currently a deputy city attorney and a Colorado House representative. The Democrat, representing a portion of Jefferson County in District 28, is not on the ballot for re-election to the statehouse this year. She served as vice chair of the House Judiciary Committee and was on the House Finance Committee in 2022.

Bronson is the latest high-profile department leader to leave the city over the last year.

Denver Police Chief Paul Pazen announced in August that he would be retiring this month after a tumultuous tenure leading that department. The city council adopted a proclamation in Pazen’s honor on Monday but it was not read aloud. Ron Thomas, a DPD division chief, has taken over for Pazen.

Murphy Robinson stepped down from his position as the city’s director of public safety early this year. The city council approved Armando Saldate’s nomination to that position in February.

The city’s finance, human services and excise and licenses departments have also all seen their previous directors leave over the last year. Hancock is in the final months of his 12-year tenure leading the city. A new mayor will be named in an open election in April. That person is expected to choose their own department heads.