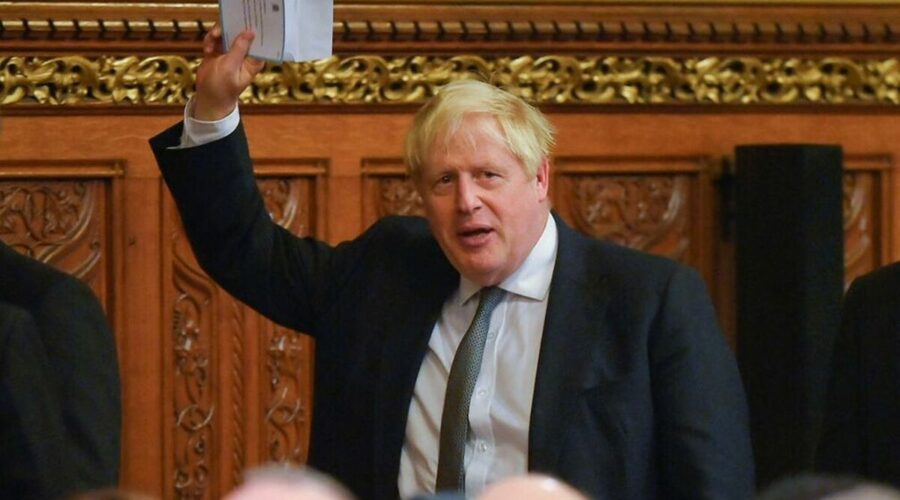 Boris Johnson is facing calls for an investigation into his living arrangements in order to establish if he is being honest about the rental value of the property he is staying in. According to The Daily Mirror, Mr Johnson is staying in a £20million property owned by the wife of Tory donor Lord Bamford.

The former London Mayor has estimated that the the gift from Lady Carole Bamford is worth £10,000 a month.

However, a similar neighbouring property is being offered for rent for a hefty £30,000 a month.

Images published in The Daily Mirror show Mr Johnson leaving the property which is in Knightsbridge, West London, near the luxury department store Harrods.

According to the same publication, it is understood that the Tory MP could face a complaint to the Parliamentary Commissioner for Standards in relation to wither he has fully declared the value of the gift.

It is unclear what rent, if any, the Uxbridge and South Ruislip MP pays for the house.

According to one of Mr Johnson’s aides, he does pay some rent but it is unclear what the exact amount is.

Liberal Democrat Treasury spokeswoman Sarah Olney said that Mr Johnson had previously “lied” to the public and “cannot be trusted” to tell the truth as she backed calls for a probe.

She said: “The Standards Commissioner should look into this right away.

“Boris Johnson cannot be trusted to tell the truth.

“After all the times he has lied to the British public, why should we trust a single word he says, let alone the finances he declares?

“It is only right and proper this is investigated properly.”

Deputy Labour Leader Angela Rayner fumed that the “disgraced” former PM was “sponging off billionaire Tory donors” as he plotted his comeback.

She said: “Despite raking in hundreds of thousands since being forced out of Downing Street, Boris Johnson is sponging off billionaire Tory donors and squatting in a millionaire’s row mansion as he plots his comeback.

“The disgraced former PM is up to his old tricks once again and has questions to answer over whether he has properly declared his murky financial affairs.”

According to Mr Johnson’s registered interests, he accepted the gift from Lady Carole for the ­“concessionary use of ­accommodation for me and my family” since September 2.