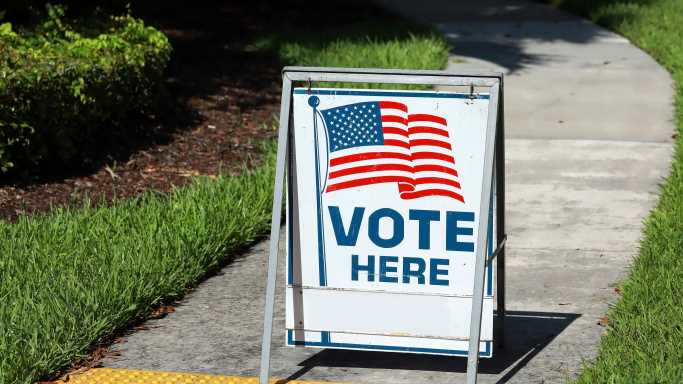 Markets were fairly positive on Tuesday, with the major indexes each holding on to gains just over 1%. This move also comes ahead of Tuesday’s midterm elections in the United States, which have the potential to decide the direction of the country going forward.

Although elections will not be decided during the actual trading session, the impact will be seen later on this week, but for now investors are optimistic. Historically speaking, markets have preferred a split Congress or White House, in part because political gridlock would prevent any sweeping policy decisions that could have an impact on business.

Here, 24/7 Wall St. is reviewing additional analyst calls seen on Tuesday. We have included the latest call on each stock, as well as a recent trading history and the consensus targets among analysts. Note that analyst calls seen earlier in the day were on Boeing, BP, Costco, DoorDash, Meta, Shell and more.

Ballard Power Systems Inc. (NASDAQ: BLDP): TD Securities downgraded the stock to Hold from Speculative Buy and cut its $11 price target to $6.50. National Bank Financial’s downgrade was to Sector Perform from Outperform. The shares traded near $6 on Tuesday. The 52-week range is $5.12 to $19.19.

Rocket Pharmaceuticals, Inc. (NASDAQ: RCKT): Canaccord Genuity initiated coverage with a Buy rating and a $53 price target. Shares have traded as high as $35.79 in the past year but were changing hands near $17 on Tuesday.

Scotts Miracle-Gro Co. (NYSE: SMG): Barclays upgraded the shares to Overweight from Equal Weight and has a $75 price target. The 52-week trading range is $39.06 to $180.43. Shares changed hands near $56 apiece on Tuesday.

Six Flags Entertainment Corp. (NYSE: SIX): The downgrade at Jefferies was to Hold from Buy, and the analyst cut the $32 price target to $24. The stock has traded as high as $47.24 a share in the past year but was last seen trading around $20. That is down over 50% year to date.

SolarEdge Technologies Inc. (NASDAQ: SEDG): Northland Capital upgraded the stock to Market Perform from Underperform. The stock has traded as high as $389.71 a share in the past year but was last seen near $248. That is down nearly 25% year to date.

Berkshire Hathaway reported disappointing third-quarter results recently, but two huge energy stocks helped buoy the rest of the portfolio. The share price of one of them doubled this year, making it a huge winner for Warren Buffett.