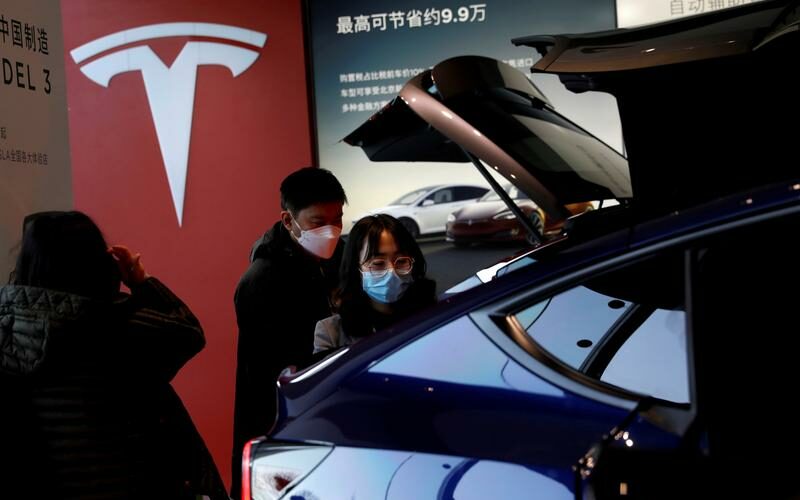 SHANGHAI (Reuters) -Electric vehicle giant Tesla has cut starter prices for its Model 3 and Model Y cars by as much as 9% in China, according to listings on the company’s Chinese website on Monday.

Tesla has been adjusting the prices in line with costs, the company told Reuters in a statement. Capacity utilisation at its Shanghai Gigafactory has improved, while the supply chain remains stable, leading to lower costs, it said.

The price cut is the first by Tesla in China in 2022, after it raised the prices for the two models earlier in the year due to rising raw material costs. It comes after Tesla offered insurance incentives to buyers starting in September to encourage more purchases.

Tesla has upgraded its Shanghai factory to be able to produce 22,000 Model 3s and Model Ys per week in total, Reuters previously reported.