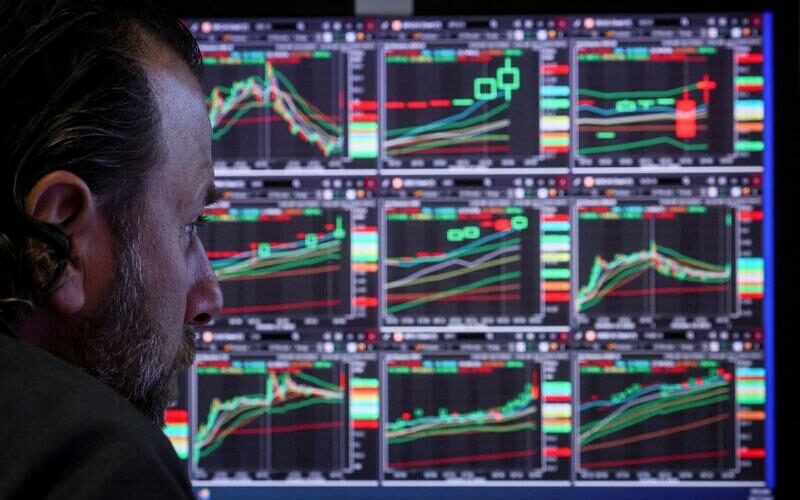 BENGALURU (Reuters) – Turmoil in global sovereign bond markets is set to persist for another six months to a year as central banks carry on raising interest rates to bring down inflation, according to a Reuters poll of market strategists.

More than a year after inflation started to become a worry and a little over six months since the U.S. Federal Reserve finally made its first interest rate hike from near zero, there is scant sign of price growth becoming less of a threat.

Since the Fed first moved, bond markets have been subjected to high levels of volatility and deep sell-offs, jolting many bond investors out of their complacency.

Over 65% majority of bond strategists, 14 of 21, who answered an additional question in a Reuters Oct. 19-21 poll said the current turmoil in sovereign debt markets will persist for at least another six to 12 months, including one who said it would last one to two years. The remaining seven said less than six months.

“We’re probably in for at least another year of significant volatility in bond markets…(and) it could definitely be more,” said Elwin de Groot, head of macro strategy at Rabobank.

“Volatility is not going to go away anytime soon. Even when central banks are starting to move closer to that pivot point, so to speak, we may have other sources of uncertainty keeping volatility in markets high. And high volatility means higher risk premiums.”

With most major government bond yields up more than 200 basis points since the start of the year and most central banks well past the half-way point of their expected tightening cycles, yields may come down over the next 12 months.

But those median forecasts were higher than in September’s poll, suggesting yields are still facing upside risks.

That is largely down to the U.S. Fed’s unrelenting effort to tamp down inflation, which is currently running multiple times higher than its 2.0% mandate.

“In the current paradigm, inflation is simply too high for them (the Fed) to show any reluctance in being very, very hawkish,” said Benjamin Jeffery, rates strategist at BMO Capital Markets.

Despite the marked difference in hawkishness between the Fed and its nearest peers like the European Central Bank and the Bank of England, benchmark yields on German bunds and UK gilts have risen in tandem with U.S. Treasuries.

German bunds hit a fresh 11-year high of 2.49% on Friday, as worries over rising interest rates weighed on debt markets, with the ECB expected to deliver a jumbo 75 basis-point hike again this week.

The poll expected bund yields to drop slightly from their current levels to 2.10% by end-2022 and then rise slightly to stay around 2.20% in the following six months. They were then forecast to fall back to 2.10% in a year.

The UK gilt market was subjected to a severe thrashing when the government announced a wave of unfunded tax cuts on Sept. 23, stoking fears of fiscal imprudence and sending benchmark borrowing rates to a 20-year high.

Investor confidence has been somewhat restored with most of those measures now reversed. The then finance minister was fired and the prime minister has resigned.

Gilt yields were expected to rise from 3.90% currently and trade above 4.00% over the next six months. They were forecast to ease back to 3.80% in a year.