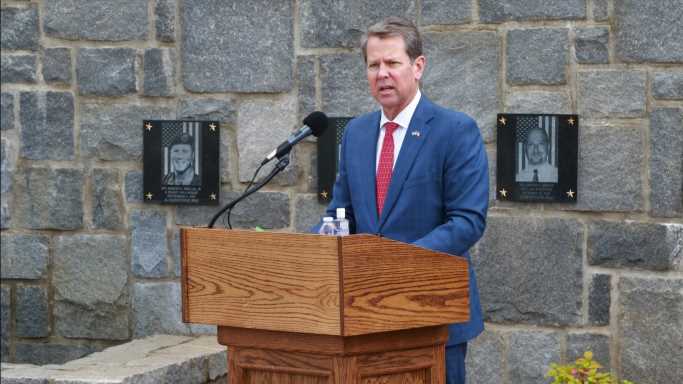 Gov. Brian Kemp approved sending $350 to Georgians in August, and it seems, some residents could soon get another round of stimulus money from the state. The state government is sitting on $6.6 billion in surplus cash, and it plans to use some of that money to give a one-time tax rebate to Georgians.

Georgia ended the 2022 budget year in June with $6.6 billion in surplus cash, and with the 2023 session set to begin next week, Gov. Kemp and lawmakers, it seems, have decided how they plan to use the extra funds.

Gov. Kemp is likely to use the remaining surplus on three things. The first is to use about $1.7 billion to replace the revenue that the state hasn’t collected on gasoline and diesel taxes since March. The state will start taxing gasoline at 29.1 cents per gallon and diesel at 32.6 cents per gallon next week.

Georgia will still be left with some surplus money after spending on these three items. Lawmakers could add some money to Georgia’s rainy-day fund. To do this, they would have to change the law that caps the fund at 15% of tax receipts. Currently, the fund’s balance has reached its limit of $5.24 billion.

More money in the rainy-day fund could also help the state with expected future bumps. Several economists are predicting a recession in 2023, and this, in turn, could lead to a rise in unemployment.

Some money could also be used to compensate for the state income tax cut starting Jan. 1, 2024. These tax cuts are estimated to reduce the state revenue by $450 million in the first year.

Some lawmakers are also considering using surplus money to pay down debts. Separately, the state would also be required to spend more on the state-federal Medicaid health insurance program. The enhanced federal payments will start to be reduced on March 31, costing Georgia hundreds of millions.

This article originally appeared on ValueWalk

07/01/2023 Economy Comments Off on Why Is a One-Time Tax Rebate to Georgians Possible Now?
Markets